As the only walled city in North America, Quebec City's fortifications no longer prevent admission but add an atmospheric vibe to this historic European-inspired destination. 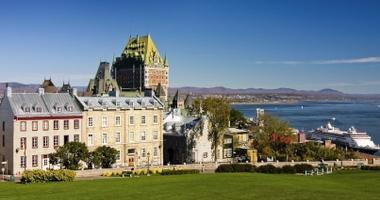 While Frenchman Jacques Cartier built a fort at what is now Quebec City in 1535, the site wasn't formally founded by the French until 1608. The city is the capital of the Canadian province of Quebec. Originally Quebec City was the capital of French Canada and has enjoyed several other capital incarnations before becoming its current position in 1867. For visitors, La Vieille Capitale, as the city is affectionately known, offers European taste and sensibility in North America.

It's a delight to wander through Vieux Quebec, the old section of Quebec City with the cobblestone streets and beautiful architecture. Make sure you admire the Hôtel du Parlement, the Morrin Centre and Chateau Frontenac. Also consider exploring the Citadel and walking along the historic walls. Cultural enthusiasts will appreciate the Musée National des Beaux-arts du Québec and Musée de la Civilisation. Place-Royale marks the location where the French first settled. For panoramic views over the city, take the lift to the 31st floor of the Observatoire de la Capitale.

With a strong French influence, settle into a European-inspired café and order a local speciality.

Constructed in 1752, Maison Chevalier has been restored to its former glory and now contains a museum.

“Le diâble est aux vaches,” literally means, “the devil's in the cows.” But a more appropriate translation is, “the weather will change soon.”

Head down to Basse-Ville and pick up some handicrafts native to the region.