The epitome of European elegance, Vienna is a grand city steeped in culture and tradition. With opulent palaces and picturesque gardens, you'll be performing a Viennese Waltz through the city's significant attractions. 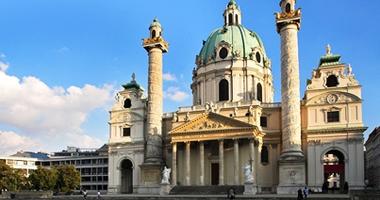 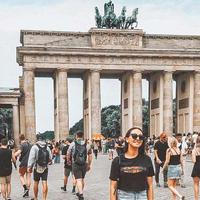 The ultimate collision of history and modernity happen here in the arms of Eastern Europe. 8 days will jive you from London to Vienna, passing by... 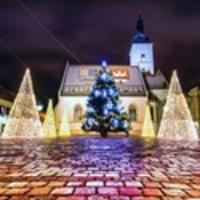 Indulge in a winter escapade across Vienna, Ljubljana and Zagreb on this 8-day Christmastime tour. With attractions handpicked by Local Experts at...

Experience the best Europe has to offer with an abundance of Vienna sightseeing and a serving of spicy Polish sausage in Kraków. Fall in love with...

The perfect travel experience for lovers of the outdoors and history, this trip inspired by the Sound of Music brings the beauty of the Alps and...

Best of Germany and Austria

Modern cities, medieval towns and all the sights in between make this Best of Germany and Austria experience one you’ll remember. Beyond the beauty... 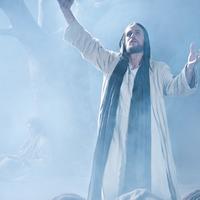 Pay homage to those that made the journey before you on this three-week pilgrimage of Montserrat's mystical Black Madonna, Lascaux's prehistoric cave...

Shine a spotlight on Prague's colourful medieval streets and good times with a local Hungarian family at their winery. On this exciting eastern...

As the largest city and the capital of Austria, Vienna was once home to the Holy Roman Empire, the Austrian Empire and the Austro-Hungarian Empire. This imperial history has shaped modern day Vienna to become a traditional yet metropolitan city. The city landscape is made up of Baroque and Art Nouveau buildings and wide spread parklands. Though most of the city centre is listed as a UNESCO world heritage site, Vienna still continues to develop into a modern and dynamic city with a distinct personality.

Vienna cruises disembark at the Reichsbrücke Schiffahrtszentrum (Navigation Center), near the Vorgartenstrasse U-Bahn station. From the station take the U1 underground train to Stephansplatz in the city centre.

After disembarking, take the U-Bahn to the Stephansdom cathedral or Little Stephen as most locals call it. Not only is the cathedral a spectacular example of gothic architecture, but it also has an incredible view of the city. Back to the city, explore the extravagant Hofburg Palace where some of Austria's most powerful have resided, and feast your eyes on the crown jewels and treasure once owned by Holy Roman and Austrian empires at Schatzkammer, the imperial treasury.

By pass lunch and go straight to dessert at Hotel Sacher. The hotel is said to be the home of the Sachertorte, Vienna's world famous chocolate cake.

Take a tour of one of the most famous opera houses in the world and stay for a performance at the Vienna State Opera.

If you need to ask a local for help simply say Konnen Si emir bitte helfen?

Pick up some shiny souvenirs at Swarovski Wien, one of Swarovski's biggest stores in the world.