Hiking One Of Norway's Most Famous Natural Attractions

Hiking One Of Norway's Most Famous Natural Attractions

Tweet
Read Time: 1.7 mins
Want breathtaking views, literally? Pulpit Rock (Preikestolen) is a vertiginous sheer cliff that towers 604m over the Lysefjord in southwestern Norway and one of the area’s most famous natural attractions.
The 8km round-trip path is well maintained, however there are some steep climbs and scrambles as we ascend to the top. The trail starts with a steep gravel climb, followed by a gentle walk along a mountainside before another steep rise up natural stone stairs.
After a series of smaller ascents and descents, we’re at a wooden walkway on the side of the cliff before the final leg of the trail up a smooth rock surface. Natural paths zigzag along the cliff face – some only a heart-palpitating narrow width – before a sheer drop down the fjord. Just up ahead is Pulpit Rock. 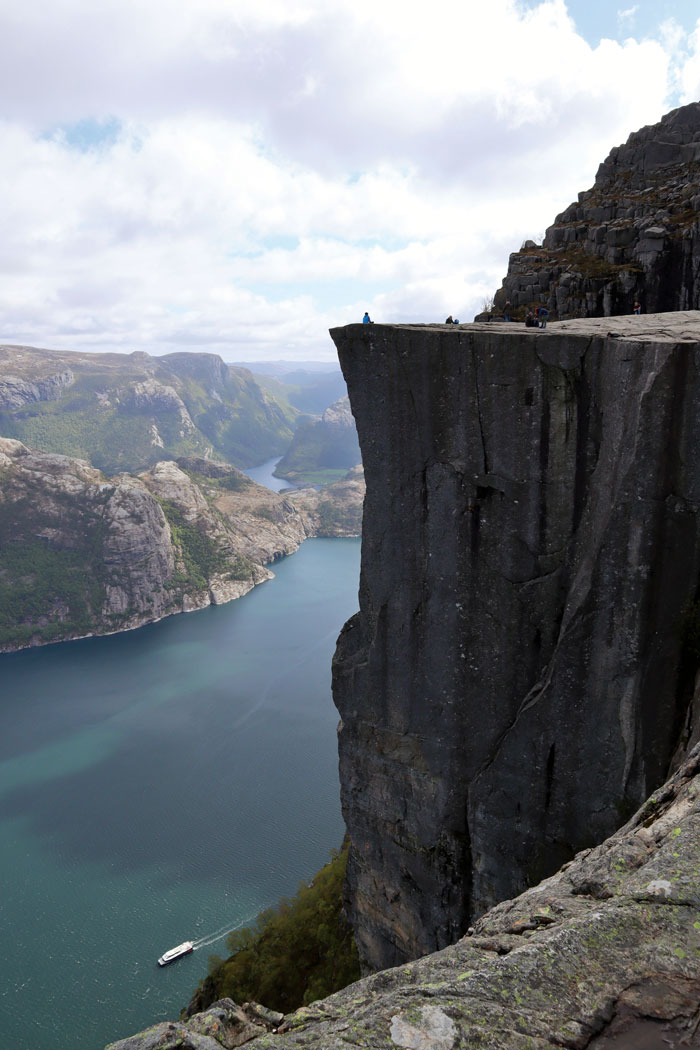 Pulpit Rock's sheer, 604m cliff face and the 360-degree views are breathtaking in more ways than one. Image: Cameron Robert
Norway’s weather can be unpredictable, and we shed water-resistant layers as the two-hour hike to the summit warms us up quickly. At the top, strong winds cool us down again, but we have chills of a different kind as we survey the 360-degree views.

RELATED: Where In Europe Should You Head According To The Time of Year?

There’s plenty of places for scenic photos at the overlook, however, the view at the edge of Pulpit Rock is the most popular, so be prepared for queues. Taking photos at the edge of the cliff was not something we were ready for – the strong winds and a keen sense of self-preservation meant it was difficult to get great shots near the edge.

Carefully laying down on the flat rock face and peering over the edge at the dizzying drop to the fjord below was an indescribable experience. On a small goat trail branching off the main track, we veer off the beaten path to take a moment to enjoy this truly remarkable landscape, ample reward for the moderate hike to get there.

When not working for Flight Centre Marketing, Cam is exploring the world. He prefers to travel in style, but is always looking to mix it up with a twist of adventure – intrepid experiences that are close to the beaten track. Follow him on Instagram @camrobert87