Japan has really taken off as a holiday hotspot for Aussie travellers in recent years, shifting from a seasonal to a yearround destination, thanks to competitive flights from Australia with a range of premium and low-cost carriers.

In fact, the number of Aussies flying to the East Asia nation has more than doubled in the past five years, and with the Rugby World Cup 2019 and 2020 Summer Olympics in Tokyo, plus the perennial appeal of Japanese pop culture, our visitation will only continue to skyrocket.

Much of this demand for Japan is being driven by the snow-bound Millennial traveller, fuelled by cheap flights to Sapporo, which makes popular Hokkaido ski resorts, such as Niseko, Furano and Rusutsu, easier than ever to reach. From Tokyo, snow bunnies can easily access Hakuba and the new ski resort hotspots of Shiga Kogen in Nagano and Naeba. 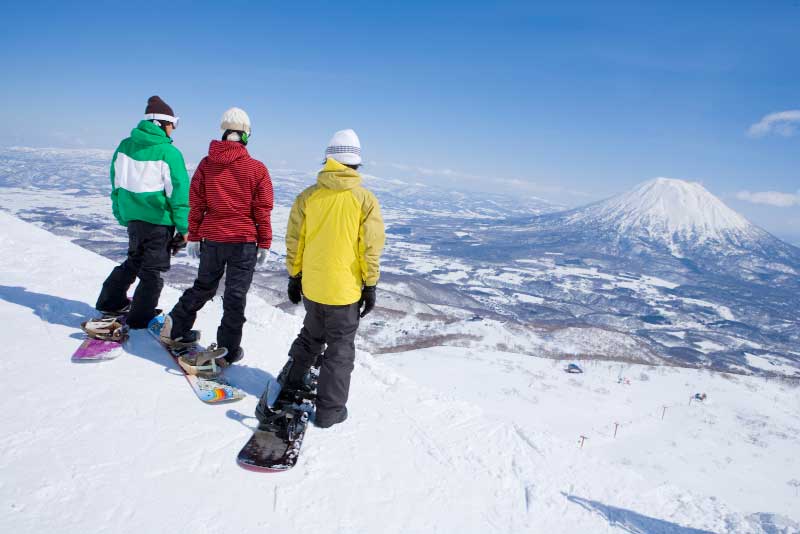 The view from the slopes of Niseko.

Flight Centre travel expert Sam Mylrea has spent the past six winter seasons in Japan and after snowboarding in Australia, New Zealand, Canada and the US says Japan has the best powder by far.

“My kids are snowboarders and the snow in Japan is the best snow we’ve ever had,” Sam says. “Also, skiing Japan is a different experience. I love the cultural aspect with snow monkeys in onsens and eating fresh sushi in tiny local restaurants.”

Sno’n’Ski Holidays has also seen huge passenger growth to Japan’s ski resorts  in the past year, especially for Furano due to the amazing powder and direct flights  to Sapporo; and Naeba, thanks to its ski-in, ski-out facilities and fast, easy access  from Tokyo. 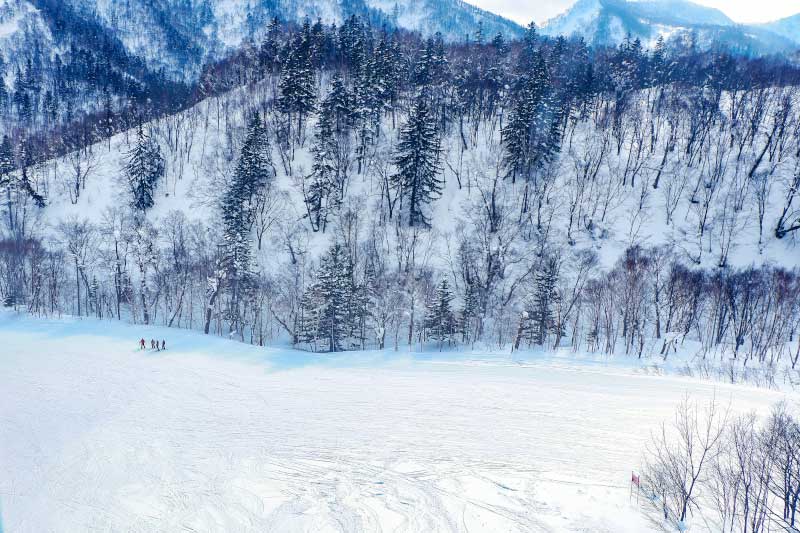 Carve up the slopes with a snowy mountain backdrop at Sapporo.

“Naeba has lots of terrain and interlinked access on the same mountain range,” says Sno’n’Ski’s Emily Porter. “Shiga [Kogen] is also really cool. There’s lots of varied terrain and smaller crowds so you can have the place to yourself.”

Now the cool kids are setting their sights to ski South Korea. After the 2018 Olympic Winter Games in PyeongChang, this mountain-studded nation has soared to new heights for those seeking a snow fix.

South Korea has more than 17 modern ski resorts with off-piste options such as shopping centres, water parks and dining venues. Yongpyong Resort is the biggest and most popular resort with around 28 slopes geared for all levels, while petite and quiet Alpensia Resort, also a key Olympic venue, is ideal for beginners.

Just four hours’ drive from Seoul, High1 Resort has abundant fluffy snow (great for beginners), while Phoenix Park is one of the most accessible at two hours’ drive from the South Korean capital with plenty of onsite restaurants and shops and even the Blue Canyon indoor water park for off-slope fun. Attracting a younger crowd, Vivaldi Park is just an hour from Seoul so you can easily carve up the slopes by day and party at night.