Okinawa is one of Japan’s most fascinating prefectures, with a culture distinctly different to mainland Japan, a year-round subtropical climate and locals who are said to live longer than anyone else in the world. I came to Okinawa as  I’d heard the scuba diving here was pretty spectacular – what I found was a culture so fascinating (and food so delicious) it left me wanting to come back for more. 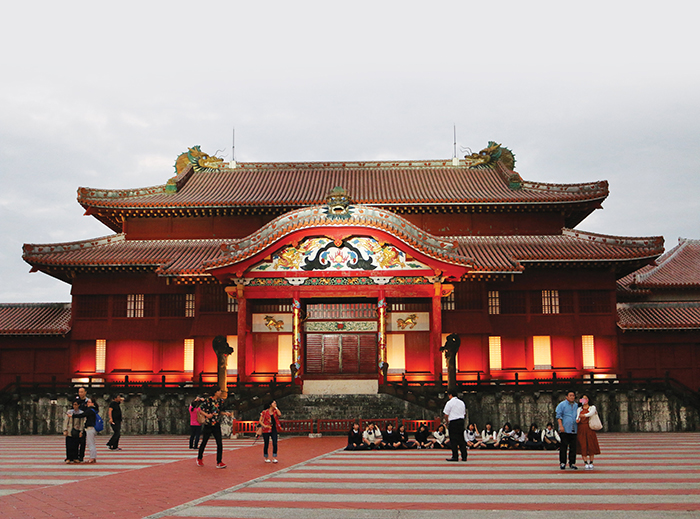 Shurijo Castle was the seat of ancient Ryukyu kings.

Okinawan culture has an international influence dating back to the 14th century and the best place to find out more is the Okinawa Prefectural Museum & Art Museum in the main city of Naha. Okinawa was originally known as the Ryukyu Kingdom and for around 460 years, during the ‘Golden Age of Trade’, it was an important trading port. This heritage has instilled an international influence that is still evident in everything from Okinawa’s cuisine to its architecture and music.

My Okinawan cultural education continues at Shurijo Castle, the seat of the ancient Ryukyu kings. The castle has been faithfully restored to its former glory with exhibits throughout telling the stories of its former masters.

Not far from the castle, I learn about the prefecture’s more tragic modern history. Now a museum, the former Japanese Navy Underground Headquarters has been partially excavated, revealing a labyrinth of tunnels and antechambers. The World War II Battle of Okinawa cost the lives of 122,228 Okinawans, a fifth of the population of Okinawa at the time. 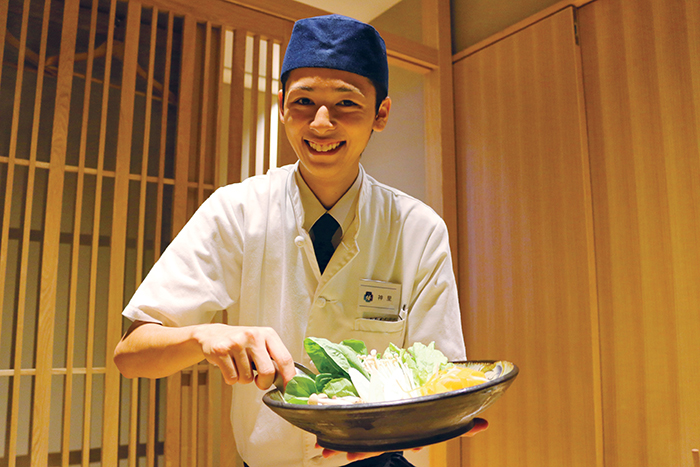 Okinawa has a fantastic range of dining options, serving sushi to shabu shabu and teppanyaki. For meat-lovers, Okinawan beef rivals wagyu in texture and flavour, so tender it melts in your mouth. Naha’s Kokusai Street is a great place to start, but before sitting down to eat, sample another local delicacy at one of the city’s oldest buildings: a sake distillery.

Okinawan Awamori sake differs to sake in other parts of Japan, not simply because it’s distilled, but as the technique was learned from Southeast Asia during the golden age of trade in the 15th century.

The region is also famous for its pottery and woven textiles, and there are several places where you can try your hand at one of these crafts. One of these, the Tsuboya Pottery District, is not far from the bustling centre of Naha by bus, monorail and on foot, but it’s a bit like stepping back in time, where you can watch the local artisans at work before having a go yourself.

Not far from here we also try our hand at a coral-dyeing class, where we create intricate patterns on cloth by stretching it over an old piece of coral and dabbing it with colourful inks. 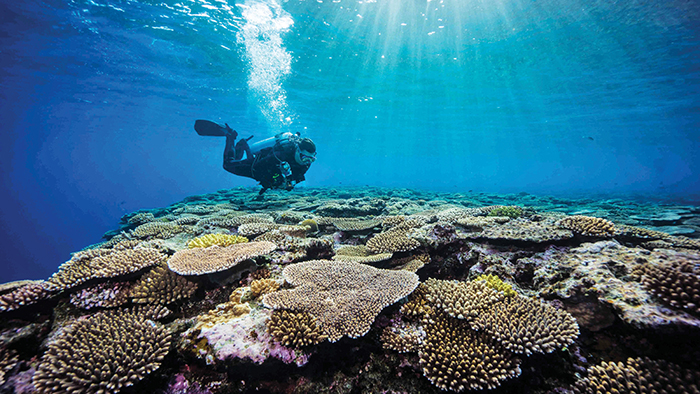 Diving off Ishigaki and Kerama islands is a must-do.

The coral gardens of Ishigaki and Kerama islands

From coral dyeing to coral gardens, a fast ferry takes us from Naha to Kerama Shoto National Park, an island-dotted marine park west of the main island. I came to Okinawa to explore its underwater wonders and on this first scuba diving excursion I’m not disappointed. The soft and hard corals of all shapes and sizes are in pristine condition with huge schools of fish surrounding each coral bommie in clouds of yellow, orange, and purple in impossibly clear water.

Further out and accessible by a short flight, Ishigaki is home to the islands’ largest coral reef, but it’s manta rays that divers come here to see with almost guaranteed encounters throughout the summer and autumn months.

Another attraction for scuba divers is on the remote island of Yonaguni, the westernmost point of Japan: the Yonaguni Underwater Monument. Local dive master Kihachirou Aratake first discovered the now famous ‘Yonaguni Monument’ in 1986, and thought he’d found an “underwater Machu Picchu”. But archaeologists and geologists are still at odds. Whether or not you’re a believer, it’s a spectacular sight to see.