Same, Same But Different – Bangkok With A Twist

Same, Same But Different – Bangkok With A Twist

The sights, smells and cacophonous sounds of Bangkok have long lured travellers intent on soaking up the city’s classic combination of fast-paced living and ancient culture. 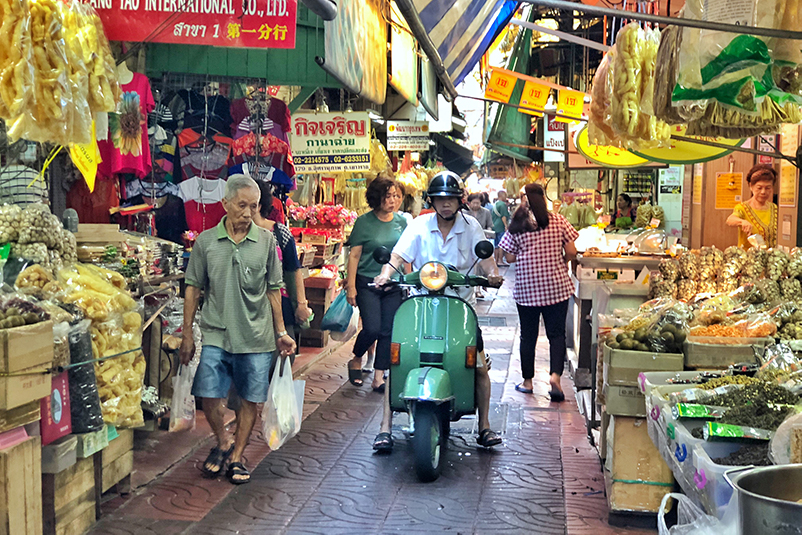 The markets around Wat Mangkon Kamalawat offer food for worshippers to give to the gods.

But once you’ve ticked off the usual Bangkok bucket-list items; such as landmark palaces and tourist-packed temples, shopping in mega markets and malls, noshing on a sneaky pad Thai or downing a cool cocktail in an even cooler rooftop bar; do as the locals do. You’ll find a whole other side to Bangkok that will leave you equally enthralled. 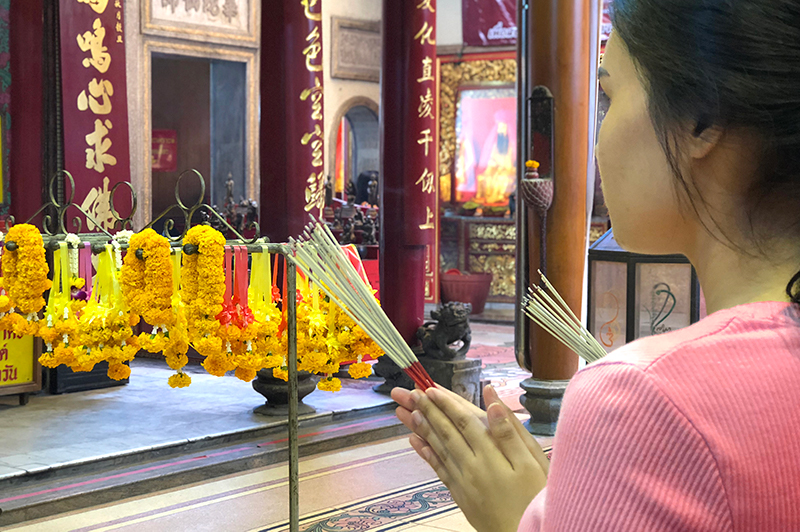 The astounding Grand Palace with its golden roofs and glittering statues of mind-boggling mythical creatures and giant monkey gods and the intricately embellished Wat Arun are popular for a reason, but the city is also home to a number of lesser-known, but equally intriguing temples.

Chinatown’s Wat Mangkon Kamalawat is worthy of a visit, not only to get giddy on the wafts of incense that swirl through its collection of beautiful Buddhist, Taoist and Confucian shrines, but for its distinct lack of tourists. With the stream of devout worshippers and the heaving market strips surrounding the temple packed with smiling vendors selling food for the gods and their worshippers, it’s the lovely locals that make this place special. 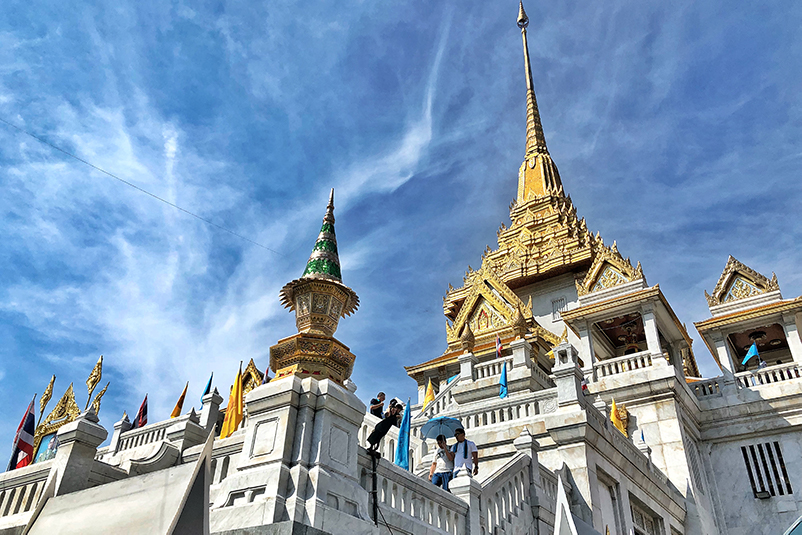 Nearby Wat Traimit, home to the world's largest solid gold Buddha image, weighing in at a hefty five tonnes, is another temple that dazzles minus the day trippers. Hidden and forgotten under a plaster facade for centuries, the stunning 3m-tall image was dropped while being relocated in 1955, shattering the plaster to reveal the gleaming gold treasure that gives new meaning to the term, 'lucky Buddha'.

But for a temple with a twist, head to Bangkok's southern suburbs for Wat Pariwat. Here, among its colourful murals and mosaics of deities and mythical creatures, you can also spot Pinocchio, Spiderman, Wolverine, Einstein and Barack Obama. Inside the hall on a glorious golden altar holding the temple’s principal Buddha image, you’ll also find a carved golden image of David Beckham in a Garuda-style pose, resplendent in his Manchester United football kit. Golden balls, indeed. 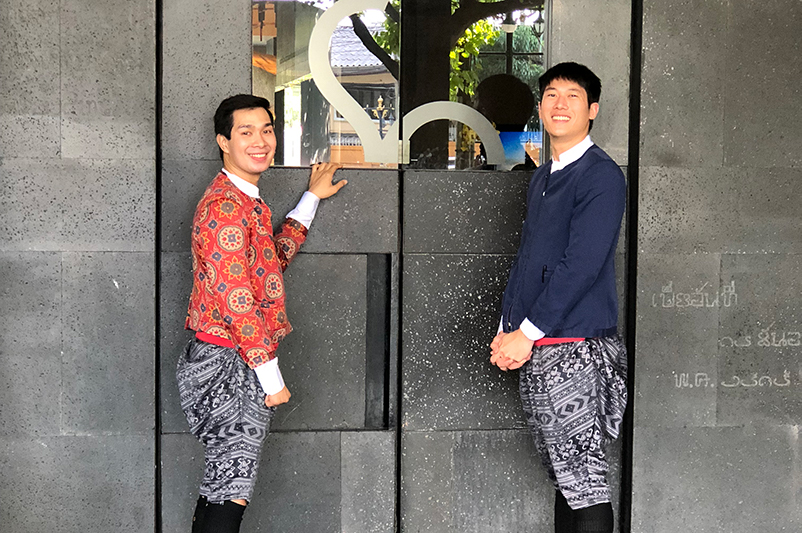 The So Sofitel Bangkok staff uniforms are by Lacroix, darling.

If shrines to conspicuous consumption are more inclined to make your heart sing, then Bangkok will have it positively crooning.  But skip the usual tourist-filled mega malls and shop with the stylish locals at EmQuartier – Emporium, a lifestyle mall where Bangkok’s most fashionable folk play. Fill your wardrobes with Thai street fashion favourites such as Pomelo, Gentlewoman and Hamburger Studio, or splash your cash on luxury Thai designer labels including Disaya and Stretsis, whose customers include Katy Perry and Beyonce Knowles.

If hunting for bargains gives you a rush, Bangkok will have your head spinning. But nix the usual crowded tourist markets for Saphan Phut Night Bazaar, a trendy local night market geared to the young, hip and fabulous and packed with the funky fashions and vintage gear favoured by Bangkok’s cool kids.

If too much fashion is never enough, visitors can also enjoy Bangkok with an infusion of French fashion at the sexy So Sofitel Bangkok, borne from the imagination of designer Christian Lacroix, in collaboration with five of Thailand's leading architects. Everything from the hotel's couture-clad staff to its art-filled public spaces are imbued with the fashion icon’s elegant excess, humour and flair. 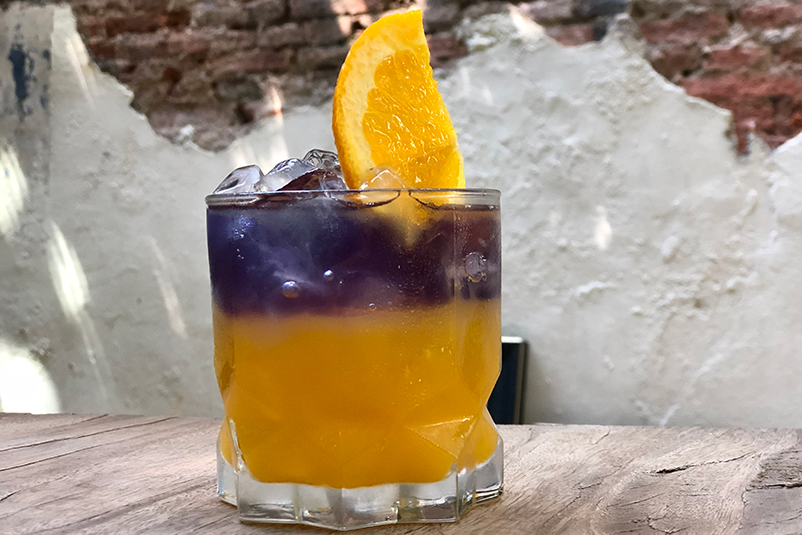 The butterfly pea tea at Chata Specialty Coffee is almost too pretty to sip, but is fantastic for a non-caffeinated refresher.

Bangkok is one of the world’s great food cities with renowned street eats, progressive fine dining and rooftop cocktail emporiums, but the city is in the throes of a cafe boom and these days it is in these hallowed citadels of caffeine that Bangkok’s young people are more likely to be found indulging than in bars. 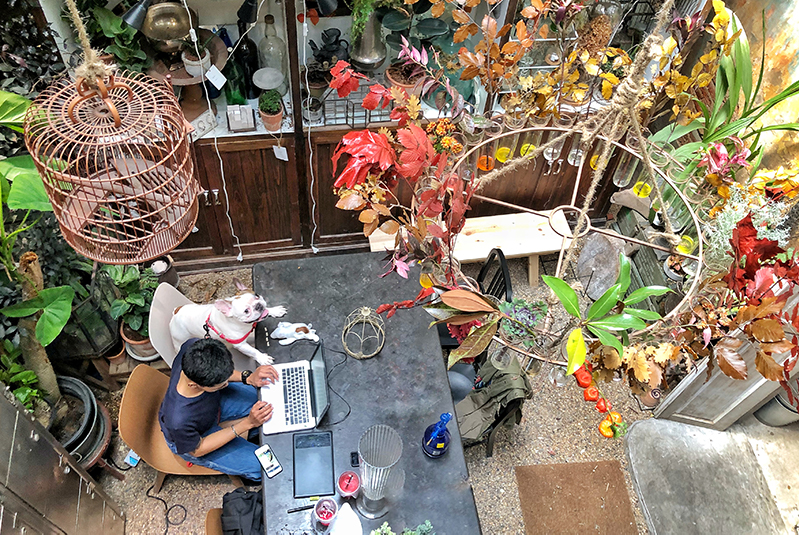 Can you think of a better place to work remotely? Oneday Wallflower is serving up co-working space goals in Bangkok.

The Old Town area is also home to the ridiculously pretty Oneday Wallflower, where the lushly decorated cakes and artisan coffees are as photogenic as the surroundings. Part cafe, part florist, part co-working space and part hipster haven, it’s all tied together with a rustic spiral staircase and a delightful jumble of antique and flowers.

If whimsy is your thing, Central Bangkok’s Sretsis Parlour is the medieval-meets-modern-design lovechild of Marie Antionette and Wes Anderson. A visit may mean dodging an army of selfie snappers, but it’s a mission worth undertaking as everything from the unicorn latte art to the extravagantly decorated cakes are undeniably Insta-worthy, a little like the city itself.

For more on Bangkok, watch The 48 Hour Destination: Bangkok episode.

Ready to visit Bangkok? Check out our deals on sale now!