What is the Aurora Australis and why is this flight one of the few ways to see it?

What is the Aurora Australis and why is this flight one of the few ways to see it?

Look let's be honest, so many of the exotic overseas adventures we had planned for this year are obviously no longer an option in 2020. Except one. Looking beyond all of the once in a lifetime Aussie experiences you have most likely already been researching and have heard of before like seeing Uluru, swimming with whale sharks in WA or seeing the pristine sand of Whitehaven Beach in the Whitsundays, there is one experience you probably haven’t considered.

It’s likely you’ve seen a photo, video or witnessed the magic of the Northern Lights, but that’s old news right? However did you know there’s such a thing as the Southern Lights, or rather Aurora Australis? Oh you did, okay but did you know that there’s a spectacular new flight Aussies can take to witness this closest to Antarctica?

For many years, travellers have spent a small fortune venturing to the Arctic Circle to see the Northern Lights. But with international travel locked off for a while yet, Chimu Adventures is chartering a private Qantas Boeing 787-9 Dreamliner to take guests  up, up and away or rather above any cloud cover, heading 62 degrees south where this natural phenomenon is brightest, away from the mainland’s light pollution.

Despite the constantly evolving nature of our state border restrictions, this flight fortunately has departures from Sydney, Melbourne, Brisbane and Perth but only for a short period from April to May 2021. 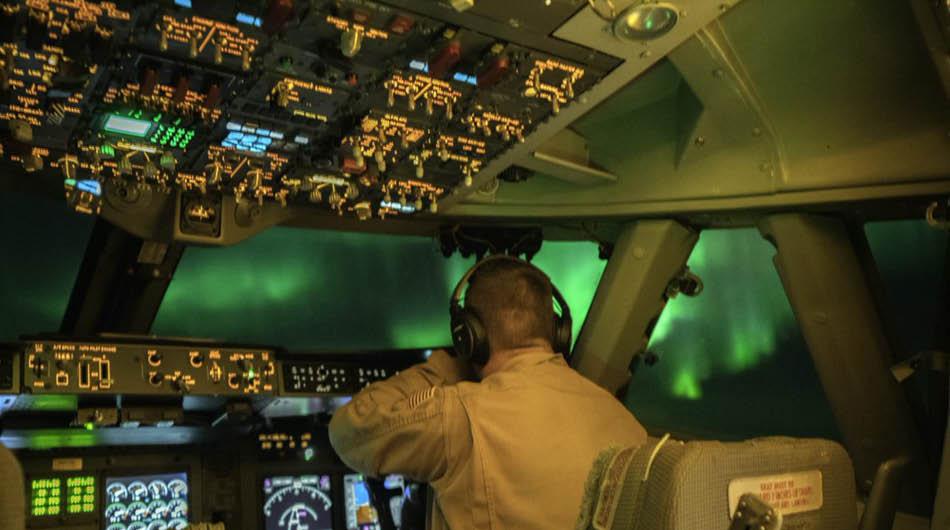 View from the cockpit of the private Qantas Boeing 787-9 Dreamliner as you head over the Southern Ocean toward Antarctica.

What to expect onboard:

-Commentary and guidance from a team of astronomers leading the expedition including Aurora hunter, astrophysicist and Otago Museum director, Dr Ian Griffin who has led two successful charter flights into the Southern Aurora Zone has leant his expertise in the planning of these unique flights.

-A mid-evening departure with Qantas inflight service in both business and economy classes – including premium drinks, delicious meals, and access to a range of inflight entertainment.

-10-13 Hours flying time depending on the departure city with a couple of hours Aurora viewing alongside fascinating explanations of the different constellations, stars and planets by the onboard expert astronomers.

-Instruction on how best to photograph an aurora from an onboard professional photographer.

-A variety of different booking classes and seat swapping structures to choose from.

-Qantas Boeing 787-9 Dreamliner, one of the best observation aircrafts chosen for its large windows.

What is an Aurora?

An Aurora happens when the sun releases a massive burst of solar wind and magnetic fields into space, also known as CME (coronal mass ejections). These solar winds carry particles which interact with earth’s magnetic field, colliding to produce energy releases in the form of auroras. As a result of earth’s magnetic field being closest to its surface at the North and South poles, Antarctica and Tasmania are the best spots for seeing the Southern Lights given their close proximity to them.

Is the only way to see the Aurora on a flight?

No, you can actually catch this phenomenon in a few places acrossTasmania, however because of the many large mountain ranges, forests and city (and light) pollution it can be difficult to find these viewing ranges which is why the Chimu Adventures flights are proving to be incredibly popular and are quickly booking out. So if you’re interested, enquire now here asap or call us on 1300 509 125.

For additional peace of mind, although state border restrictions won’t apply to these flights, passengers are covered by the Chimu ‘Book with Confidence’ policy should COVID-19 cause the cancellation or delay of flights.