A 20-minute commute can stress you out

A 20-minute commute can stress you out

It's (more) bad news for commuters – research has shown that travelling for more than 20 minutes to get to work leaves you more susceptible to chronic stress, or 'burnout', and may even make you more cynical.

A recent study conducted by a team at the University of Montreal showed that the longer you commute, the more likely you are to experience adverse symptoms.

It takes just 20 minutes of car, bus, bike or train travel to make you liable to chronic stress, which causes both physical and emotional exhaustion, and 35 minutes to make you significantly more cynical.

And the underlying pressure of a long ride to the office can even prompt you to want to leave your job, the researchers discovered.

Annie Barreck, the study's author, compared different types of transport to effects such as emotional burnout, cynicism and professional efficacy.

"A correlation exists between commuting stress factors and the likelihood of suffering from burnout," she said.

But she said that the severity and occurrence varied according to the individual, their workplace and the conditions in which the trips would take place. 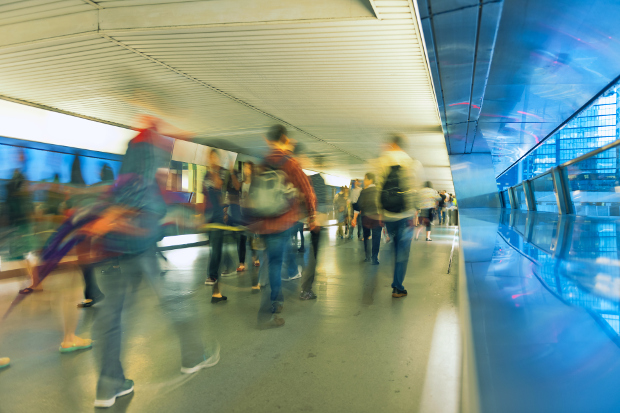 The study, which involved 1,942 people, aged between 17 and 69, working at 63 organisations in Quebec, revealed that the bigger the city, the more stressful the commute, at least for people travelling by car.

Interestingly, she found that those sharing the trip - but who were passengers, rather than drivers - experienced greater stress because of a lower sense of control.

Commuting by bike in the suburbs is particularly stressful, she warned, with less access to safety features such as cycle paths and pedestrian crossings.

And she found that even those living in rural areas who travelled by public transport felt less effective in the workplace - often because of unforeseeable or uncontrollable delays.

The answer? According to Ms Barreck, her findings should prompt employers to adopt more flexible commuting arrangements.

"In the current context of skill shortages, employers have everything to gain from facilitating the mental health of their employees."

This article was written by Victoria Richards from The Independent and was legally licensed through the NewsCred publisher network.