One way to make the most of limited downtime when you're travelling is to load your phone with mobile apps and get comfortable using them.

That's the strategy used by Todd Kuhns, video producer for Truman State University in Kirksville, Missouri, whose work interviewing students, faculty and alumni for the school's YouTube channel has taken him to nine cities in the past two months, including Rome and Venice.

But it was a trip to California earlier this (northern) summer where he really took advantage of several apps to create an itinerary on the fly. "The experience stood out to me just because there were so many happy accidents and I used a couple of tools I never used before," Kuhns said. 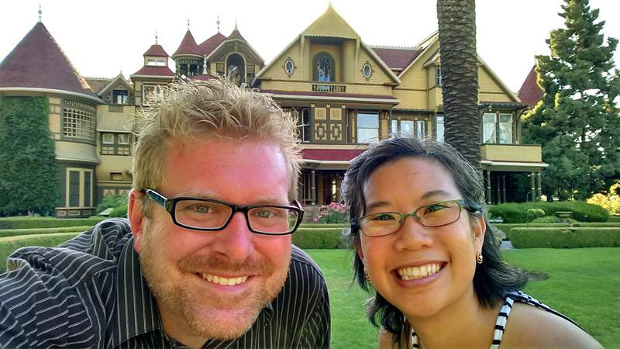 Kuhns had noticed that a touring version of the Broadway musical The Book of Mormon had just opened in San Jose.

He had a morning interview about 50 kilometres away with an alumnus in the tech industry in Redwood City, California. If he finished in time, he might make it back to San Jose for the show's matinee with his wife, who'd come along on the trip.

But he wasn't sure it was going to work.

"Just before the interview, I checked Ticketmaster and I saw at least 14 tickets were still available, but I couldn't buy until I was certain I'd be able to make it," he recalled. After the interview, he caught the train to San Jose, only to discover the show had sold out.

He then checked StubHub, a secure ticket resale site he'd heard of but had never used. "I found tickets that were not only available but also $70 cheaper than I would have gotten through Ticketmaster," he said.

There was just one problem: Physical paper tickets were required for admission to the show. Kuhns had plenty of camera equipment with him, but nothing that would print.

He bought the ticket anyway, and after arriving in San Jose, found a copy centre near the theatre where he was able to print the tickets from the email attachment on his mobile phone.

"I felt pretty resourceful," he said. "I checked the train schedule, used StubHub's mobile site to purchase the tickets instantly, used Google Maps to find the theatre and copy centre, and sent the tickets to the copy centre to get printed — all from my smartphone on the train."

But that wasn't all. He still had the evening, so he Googled "San Jose attractions" after the show and found the Winchester Mystery House, a mansion and historic site open for tours. "I hailed an Uber driver — again with my phone — and was there in 10 minutes."

The experience helped him achieve one of his goals when he's travelling for work: "Sometimes you're so tired, you just want to go back to the hotel and sleep. But I always try to find some way to appreciate where I am, whether it's a touristy thing or just a local restaurant that's not a chain where I can try a local delicacy.

"I'm always trying to get a piece of a place to take back with me."