How To Mix Business & Leisure In Boston

How To Mix Business & Leisure In Boston

With a storied history as one of the oldest cities in the USA, Boston has also long been regarded as a leader in the pharma and biotech industries. With Ivy League schools, a high population of Millennials with college degrees and East Coast tech opportunities in ecommerce, gaming and travel, Boston topped a list of top 25 US startup hubs, according to a 2017 report by the US Chamber of Commerce Foundation and startup incubators 1776, rivalling California's Silicon Valley for tech startups. 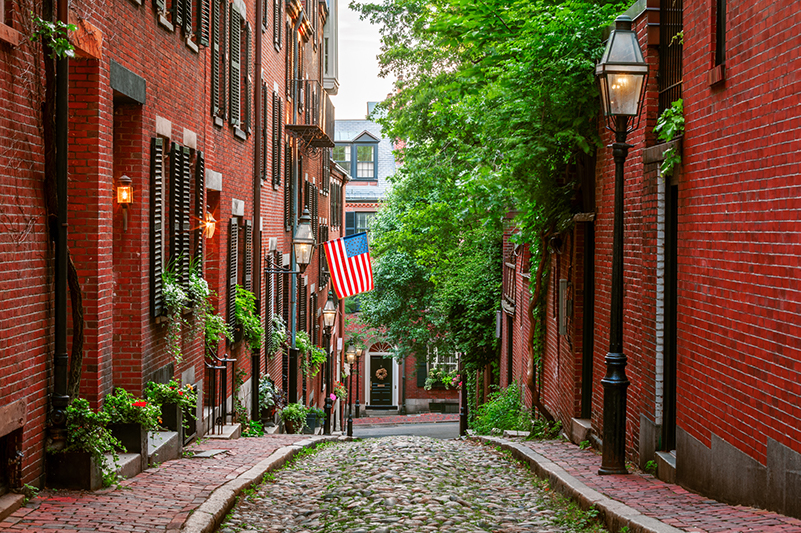 In fact, Flight Centre Travel Group even has two offices based in the Boston area centring around the digital economy, highlighting the city’s strategic location and welcoming environment for startups in North America.

If you’re heading to Boston on business, here’s what you need to know before you go. 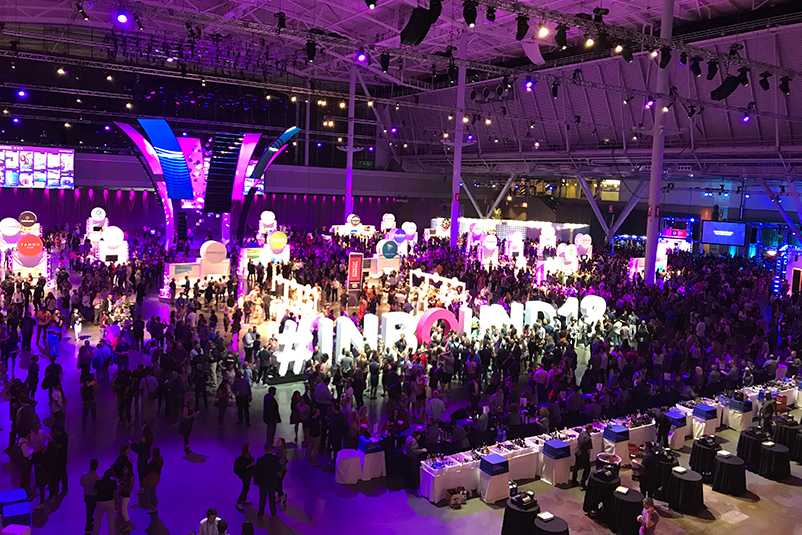 Inbound is one of many international conferences and events held at the Boston Convention & Exhibition Center annually. (Image: Cassandra Laffey)

Boston has three conference centres: Boston Conference & Exhibition Center (BCEC), Hynes Convention Center in the historic Back Bay neighbourhood and Seaport World Trade Center. BCEC is one of the largest exhibition centres in northeastern USA and is located just eight minutes from Logan International Airport in Boston Seaport. One of Boston’s newest neighbourhoods, Seaport is the site of the majority of the city’s newest developments and this emerging area attracts a variety of international business travellers to the area. 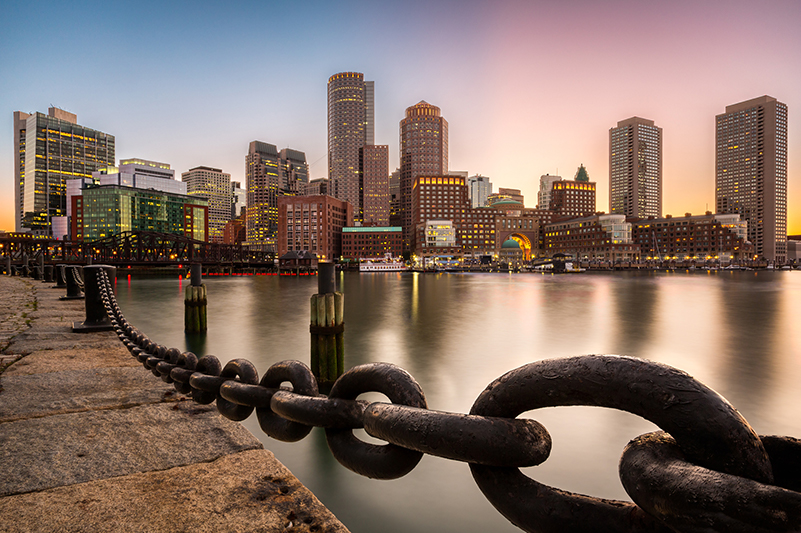 The northeastern US city is planning to expand its hotel offerings to 4,000 rooms by 2022 to meet increased demand, according to David O’Donnell, senior manager of media relations at Greater Boston Convention & Visitors Bureau. If you want to stay near the BCEC, check into the adjacent Aloft Boston Seaport District or Westin Boston Waterfront, which both have access to the convention centre. The imposing Boston Park Plaza, situated within the South End, Downtown and Back Bay neighbourhoods, has a great location but check the suite size before you book as some rooms can best be described as ‘cosy’ in the historic building. Another Downtown Boston option is the W Boston hotel with a great location in the Theatre District.

Where to work remotely 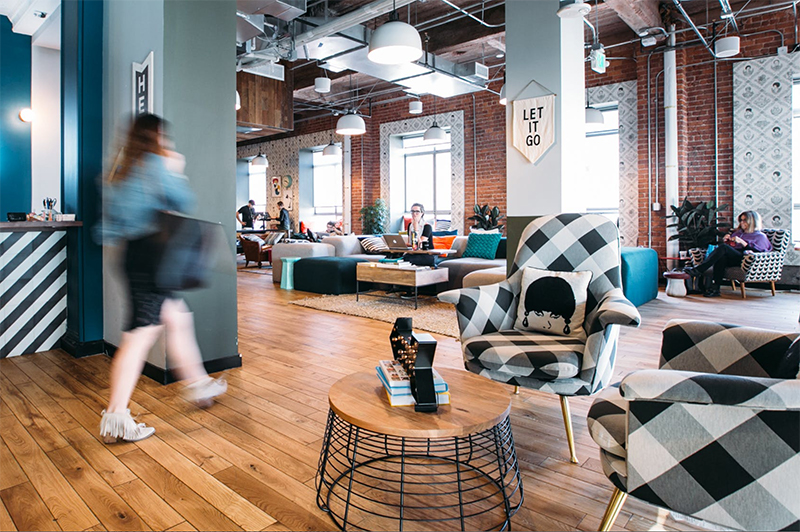 WeWork has four Boston locations where you can plug in and work remotely while travelling, including the Boylston Street co-working site. (Image: WeWork)

Bostonians have embraced working remotely in cafes and other offsite locales. Efficient practices such as mobile coffee orders and other apps have streamlined how locals do business. If you would prefer to establish yourself in a co-working space rather than plugging in your laptop at a cafe, WeWork has 10 sites across Boston, including Cambridge (close to Harvard and MIT) and centrally located Boylston Street in historic Back Bay.

Boston is fast becoming known for its culinary offerings that include fast-and-fresh, grab-and-go chains and classic New England fare, such as seafood. Fuel up for breakfast at Finagle A Bagel, a local, women-owned artisanal bagel cafe with four locations across Boston, and indulge in plant-based fast food at By Chloe. To impress a client, L’Espalier is where locals dine for special occasions. The Downtown restaurant helmed by chef-proprietor Frank McClelland boasts intimate dining rooms and indulgent French-influenced degustation set menus focused on seasonal produce and inventive pairings with an expansive wine list.

How to get around 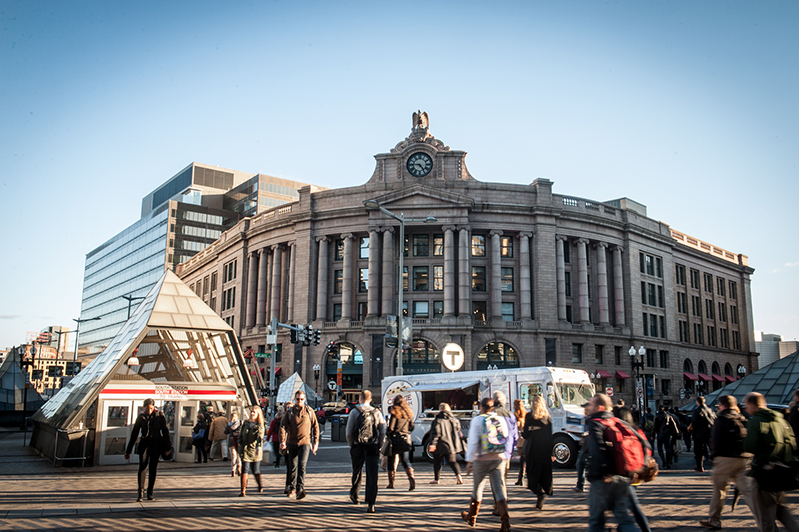 South Station T station services the Red Line and the Silver Line, which is the subway to take from Boston Logan International Airport. (Image: Kyle Klein)

Flying into Boston, the city is well serviced by public transport and the easiest way to travel from Logan International Airport is by the Silver Line on the T subway, changing at South Station for other lines. A 1-Day Pass for buses and the subway is USD$12, or you can use ride-share services such as Uber and Lyft and taxis. Downtown Boston is also very walkable.

What to do if you’ve got half a day free 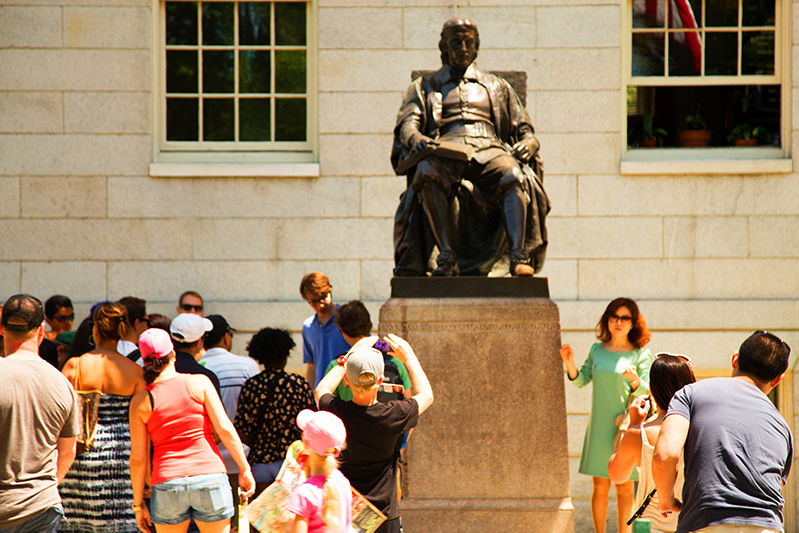 Fact: This statue commonly attributed to John Harvard at Harvard University is not actually John Howard, but it's considered good luck to rub his foot. (Image: GBCVB)

I recommend booking a Fenway Park or Harvard tour to check out some of the city’s best-known icons. The 70-minute Hahvahd Tour is run by current students and is a fascinating glimpse into the prestigious grounds and buildings of America’s oldest university. My guide Lexi, a second-year philosophy student, offered a witty account of the historic alumni (such as John Hancock, John F. Kennedy and Barack Obama among many others), famous dropouts (Bill Gates and Mark Zuckerberg), myths and traditions on the walking tour. Wandering around the grounds amid next-gen entrepreneurs, you can pretend you’re an Ivy League student, too.

For Major League sports fans or those interested in the cultural history of Boston, a Fenway Park Tour is a must. On a game day, the atmosphere around the ballpark is electric with fans decked in full team regalia. The one-hour tour will take you up and around the historic stadium – the oldest in the US and also the second smallest with a ballpark capacity of 37,765. My guide, Bob, regaled the group with stats and sights in a rapid-fire signature Boston accent – you’ll also spy memorabilia from Red Sox baseball legends such as Babe Ruth in the onsite museum.

What to do if you’ve got a day free 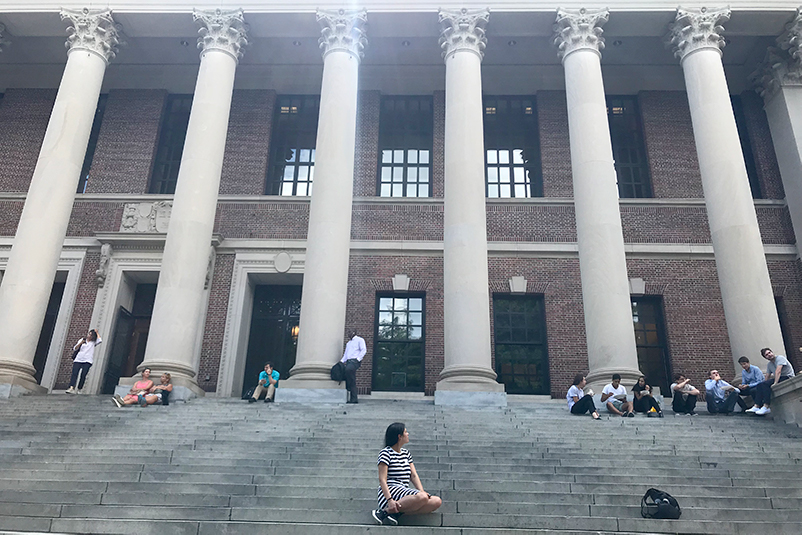 Soak up the collegiate atmosphere by hanging out with budding entrepreneurs at The Harry Elkins Widener Memorial Library at Harvard University. (Image: Cassandra Laffey)

After breakfast, start the morning with a Hahvahd Tour and then wander the streets of Cambridge, perhaps stopping for lunch at Mark Zuckerberg’s favourite pizzeria: Pinocchio’s Pizza & Subs. Take the Red Line from Harvard Station to Park Street and change to the Green Line to Kenmore and walk to Fenway Park for a tour of the famed Boston Red Sox ballpark. There’s a huge array of merchandise available at the Official Red Sox Team Store (including exclusive gear) so you’ll look the part, too.

What to do if you’ve got two days free 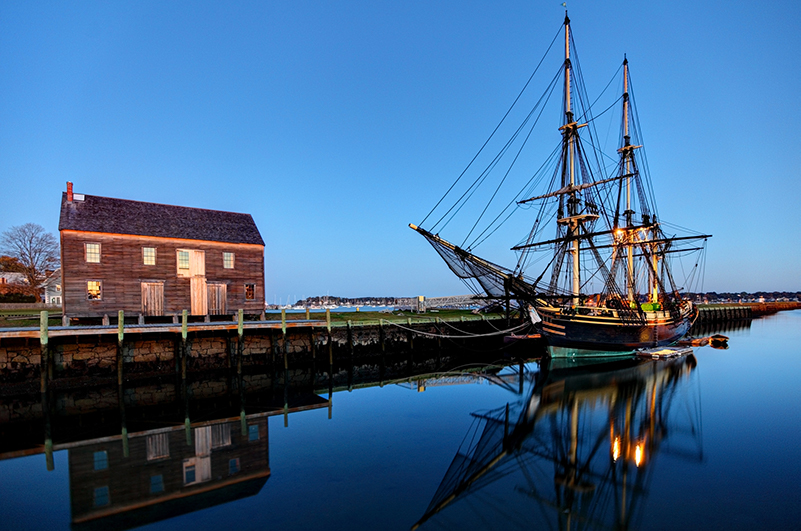 Historic Salem in Massachusetts is famous for its maritime background and as the site of the infamous Witch Trials of 1692. (Image: Getty Images)

Walk the 4km-long Freedom Trail, which takes in 16 historically significant sites about the American Revolution that include museums, churches and even a ship. Follow the red line from Boston Common in Back Bay through Downtown and North End across the Charles River to Charlestown, or book a guided tour. A self-guided walk takes about three hours.

Later, take a 30-minute ferry ride (or drive one hour) north to Salem, the site of the infamous witch trials in 1692. Yep, Salem has almost 400 years of history to discover and is full of stunning architecture and a rich maritime culture. Take the one-hour Salem Trolley tour from the visitor centre to get a great overview of the events and people who have shaped this fascinating town. Stay overnight to soak up more of the sights – you’ll be charmed by the village eateries, shops and characters as well as the many historic sites and attractions. A visit to the Salem Witch Museum is a must – my guide, Jill, offered an in-depth account of the circumstances in 17th-century Puritan Massachusetts that led to the horrific events in Salem Village. 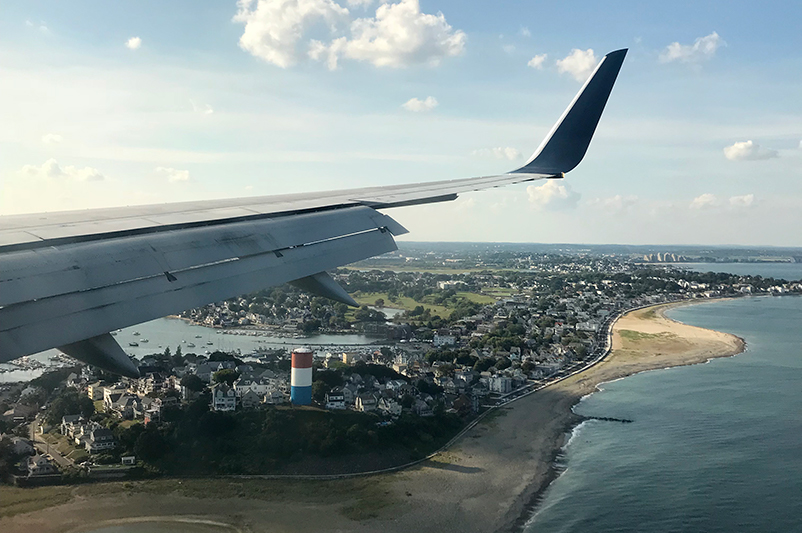 If you’re a ‘bleisure’ traveller (i.e. someone who extends their business trip to include a holiday as well), Jack and Ferdi is a new bleisure app by Boston-based entrepreneurs that will help you make the most of your trip. Download the Starbucks app to make like a local and have your mobile order ready for pickup, and of course, the Uber app is a must-have if you don’t have time to navigate public transport.