Canberra has said it would become the first capital in the world to regulate ride-sharing services such as Uber, even as the controversial apps face legal challenges elsewhere.

Popular US-based app Uber and other ride-sharing operators will be able to legally pick up passengers from October 30 in Canberra, with the Australian Capital Territory government requiring drivers and vehicles to undergo accreditation and registration.

While Uber has been popular with commuters around the world, it has faced backlash from traditional taxi operators and some governments, and been hit with legal challenges in cities including Brussels and Jakarta.

"Canberra will become the first city in Australia and the first capital in the world to regulate ride-sharing services," ACT chief minister Andrew Barr told reporters.

"It demonstrates a jurisdiction like the ACT can take a national, and indeed an international leadership role, in working with new technology, embracing changes in the way services are delivered to communities." 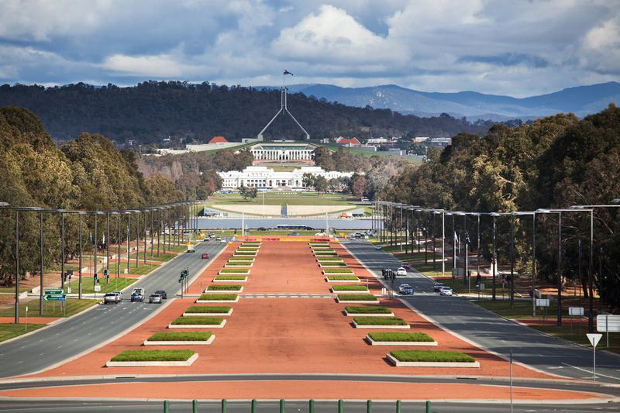 The ACT government said legalising ride-sharing services would help reduce fares for commuters and encourage innovation in the transport industry.

To offset any fall in demand for taxis, it added fees for taxis and hire cars would be halved from 2016 and halved again in 2017.

Under the new rules, ride-sharing operators will also face criminal and driving checks similar to those imposed on taxi drivers.

Thousands of taxi drivers also took part in protests in early September in Sydney, Melbourne and Brisbane against Uber, arguing the service was illegal and unsafe.

One of the few governments to regulate ride-sharing has been The Philippines, which in May become the first country in the world to establish national rules governing such services.

France last September also introduced a host of nationwide restrictions on ride-sharing service drivers before they can operate legally.

The ACT has historically taken a progressive stance on issues, such as becoming the first city to legalise same-sex marriage in 2013 before the High Court struck down the law.