A new partnership between the disruptive video service and Virgin America could bring a new meaning to the term 'jet stream.'

Netflix subscribers travelling on a Virgin America flight equipped with ViaSat Wi-Fi will be able to binge watch their favourite shows without paying for in-flight internet access. 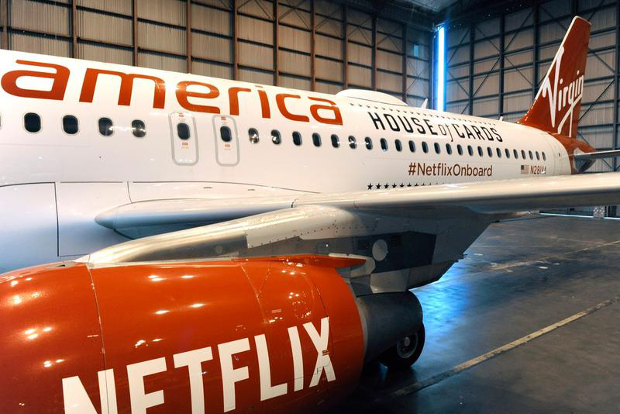 Virgin America has 10 aircraft equipped with the system and Netflix subscribers who are lucky enough to be flying on one of those planes will be able to access the Wi-Fi free of charge for Netflix-based use up until March 2, 2016.