Over the course of the northern summer, we're taking you on a guided tour of the best culinary destinations around the world. After visiting the Grand Palace and Wat Pho, you'll want to don your Sunday best because you have a reservation with one of the hottest chefs today, Gaggan Anand.

On the 1985 concept album for the musical "Chess," Murray Head sings about the attractions of "One night in Bangkok."

For us, a major attraction of Bangkok is a blossoming epicurean scene that has evolved from having a well deserved reputation as one of the street food capitals of the world to culinary destination for some of the globe's best chefs and gastronomes.

In 2015, the culinary delights of Thailand worth discovering no longer revolve solely around fried crickets, chicken feet or the pad thai coming out of carts on Khao San Road. 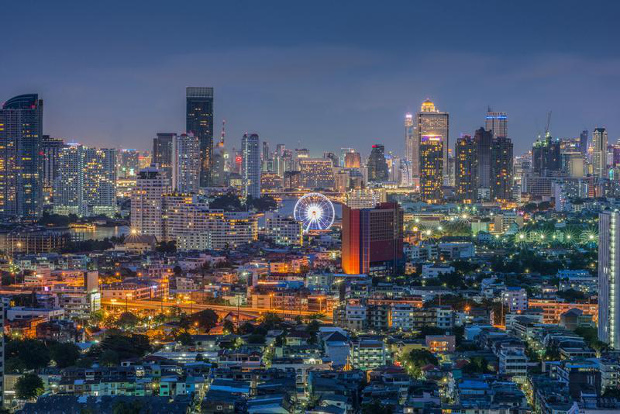 For a taste of the new Thailand, foodies can visit one of Bangkok's superstar chefs. The city's hottest chef at the moment, Gaggan Anand, runs his restaurant in close proximity to the magnificent Lumpini Park.

If his name strikes you as strange, it's because the trendy chef is not from Thailand and is in fact a native of Calcutta, India. Regardless of birthplace, Asian and non-Asian critics alike have been singing Anand's praises since the beginning of the year.

The chef's eponymous restaurant was ranked first on the list of "50 Best" in Asia, and had a pretty outstanding result on the global list as well, coming in at 10th best in the world. In fact, on the night of the big reveal, there was Chef Anand, standing on stage at the ceremony alongside the greatest in the world, including the winner of the top spot, Joan Roca of El Celler de Can Roca.

When Indian Cuisine Is Modernised

More than his awards and distinctions, it's the chef's journey and cuisine that must be celebrated. These are the things that define what Bangkok is today: a cosmopolitan capital that draws its culinary power from all styles of cooking. Gaggan Anand earned his stripes working for Ferran Adrià at the world famous El Bulli in Catalonia, Spain.

There, chef Anand apprenticed with the master of molecular cuisine, and now, back in Asia, he employs the tricks of the trade he picked up there to help him reinterpret the recipes of his ancestors. At Gaggan, the Indian chef transforms coriander into smoke, lamb chops are smoked with whisky and spherified yoghurt is served with mango chutney.

At Gaggan, you'll find yourself seated in a colonial house, surrounded by rattan furniture. The curious diner will ask to be seated with a view of the chef as he creates wonders with his molecular cuisine instruments.

When it comes time to pay, you can expect to shell out around 2500THB (A$95) for a tasting menu that spans the chef's culinary style, but for some 4000THB (A$155), you'll experience the full delight of his most delectable creations.

Should a reservation at Gaggan slip through your fingers and grilled chicken skewers on a street corner not be a suitable alternative for you, David Thompson might have a table for you at Nahm (22nd on the list of "50 Best"). The Australian chef has set a global standard for Thai cuisine and should not be overlooked.