Get Set For The Boarding Gate Sprint

Get Set For The Boarding Gate Sprint

Did Tokyo officials have passengers' mad sprints to the boarding gates in mind when they laid these running tracks? An attempt to help passengers catch their flights on time, perhaps?

Strips of springy track have been installed, much to the bemusement of visitors, at Narita Airport's newly-opened Terminal 3.

Although they look like something Usain Bolt might dash down - and they will no doubt encourage some flyers to jokingly take their marks - the tracks were actually designed to celebrate the 2020 Olympics being held in the city. 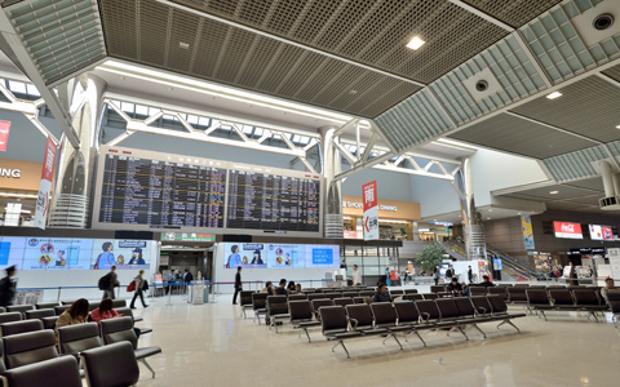 They are useful too, with several blue tracks pointing in the direction of departures and a red track leading to arrivals.

The new terminal, which is a base for low-cost airlines, opened on April 8. Those designing it aimed to save money by using the tracks in place of the usual airport signage.

"To cut costs, we opted not to install the typical moving walkways or illuminated signs," the terminal's website states. "Instead, to offer an exciting walking experience that is easy on the feet, we implemented running tracks used for track and field, and added signage for user-friendly guidance."

It is hoped that the terminal will be popular with those arriving to watch the Olympics.

"It would be our great honour if Narita International Airport Terminal 3 is frequently used and forever loved by economically savvy travellers," the website continues. "When the time arrives for the 2020 Olympics in Tokyo, we look forward to seeing people from all around the world having fun walking on these blue tracks."

This article was written by Natalie Paris from The Daily Telegraph and was legally licensed through the NewsCred publisher network.