Google Vs Uber: The Battle For The Self Driving Car

Google Vs Uber: The Battle For The Self Driving Car

Remember when the view of the future was all about flying cars and robot housekeepers? While we haven’t quite met the vision of the Jetsons in the year 2015, technology is taking over roles that we never could have imagined. Flying cars may be some time off, but I suppose we can settle for the self driving car. This reality is right around the corner.

Smart technology in cars is getting all the more sophisticated with each passing year. First it was parking sensors, then it was self parking cars. Now it’s cars that will completely drive themselves. Soon you’ll be able to shift your focus from 10 and two to social media and emails, with major players such as Google and Uber investing heavily in their own separate ventures.

Once on the same side of revolutionising driving technology, the two companies could develop into bitter rivals as Uber inked a deal with Carnegie Mellon University in Pittsburgh to begin developing the company’s very own self-driving taxi.

Google has long been involved in self driving technology and previous speculation suggested that the two companies would join forces in the roll out. Nevertheless, with both competing to release their own version first, it means that the race is truly on and we, as consumers, can expect some exciting things in the near future.

Reports suggest that Google is currently working with auto dealers to roll out more sophisticated versions of the prototypes that were released nearly a year ago. The company has estimated that the project needs another five years before a new release. 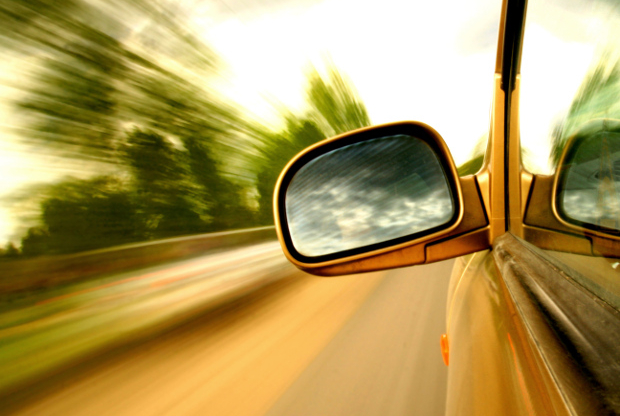 So, what would a self driving car mean for business travel? Upon wide spread release, self driving rental cars would provide that little bit of extra time to prepare for your big presentation, answer that last minute email or simply focus your mind en route to an important meeting.

Business travel is generally fraught with stress and busy schedules. The last thing you need is to worry about finding a taxi or finding your way. Looking up directions in an unfamiliar location will be a thing of the past. And what about foreign countries? No need to remember which side of the road to drive on in the US, or what the speed limit is in Germany.

Your self driving rental car will usher you to your destination with little more effort involved than turning the key and speaking an address. With self driving cars completely taking over the roads, car accidents could very well be a thing of the past as computers and sensors transmit data to provide a clear digital picture of the road ahead, surrounding cars and proper road rules.

Though, if the thought of surrendering complete control to a robot car is enough to make your palms sweat, rest assured that initial designs suggest that there will be an option to remain in control and drive the old fashioned way.