How To Win The Armrest War

How To Win The Armrest War

When I've just settled into my seat and the next passenger plonks down next to me and instantly assumes control of the joint armrest, there isn't anyone I dislike more than that person in that exact moment.

This dislike stems mostly from knowing I'll never take the armrest back. There's no miniature Braveheart in my head shouting: "They may take our lives, but they will never take our armrest!"

Whether I'm weak, chivalrous or wanting to be the bigger man, once my fellow passenger secures that soft support for their arm I know mine will be wedged uncomfortably between it and my body.

If you often find yourself in a similar situation, the following tips may be your much-needed secret weapon to winning the armrest war. 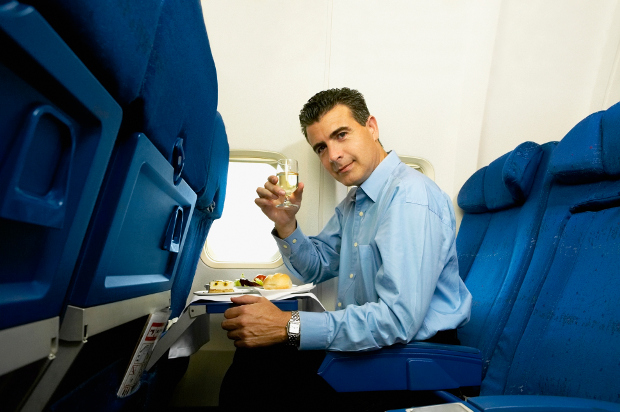 Wars are often started when two opposing factions desire the same piece of land. But what happens when there's no one to contend with?

An armrest war can be avoided and ultimately won by being one of the first people on your flight. Get settled in early and let your arm lay all over that armrest, asserting your dominance.

Unfortunately, this technique probably won't cover you for the entire flight, as you might be liable for a hostile takeover if you need to get up for the toilet.

2. Fake A Fear Of Flying

Whether you have one or not, a fear of flying usually elicits sincere feelings of sympathy from your fellow passengers. It also gives you a great excuse/opportunity to claim the armrest on takeoff.

Greet your fellow passenger and engage in enough conversation to prevent them from thinking about the armrest. Once the plane starts moving, abruptly grab the armrest and grip that sucker like you're clinging to the edge of a cliff.

Give it the full white-knuckle treatment. You'll probably be asked if you're okay, after which you can reveal your 'very real' fear of flying. Enjoy that arm support citizen! 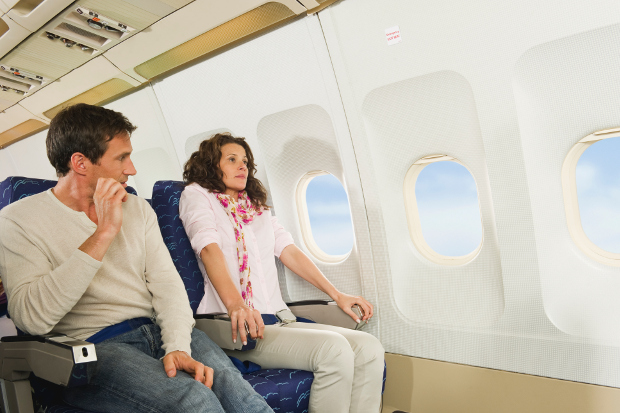 Score the armrest with a 'fear' of flying

More tips on enjoying your flight

The Complete Guide To Ear Plugs

3. The Slow And Steady Occupation

When placed in the situation where your fellow passenger has already taken control of the armrest, there are two common methods for reclaiming it. The first is more subtle and relies on them having left a smidge of armrest for you to use.

Once you've taken up residence, it's the simple and gradual process of applying pressure to the other occupant's arm. Put your headphones in and pretend to be engaged with music or a video, so you don't have to acknowledge their strange looks.

If they're not comfortable with physical contact (most passengers aren't), they'll eventually relinquish most and sometimes all of the armrest.

The second method is slightly different. If you don't have time to slowly win back the armrest, you can enter the war with boisterous energy and enthusiasm.

Greet you passenger loudly and fling your body around as you take your seat. Settle in like you've just entered a warm spa bath after a 12-day hike, throwing your arm across the armrest and paying no heed to the one you've just knocked off.

You'll get some looks and maybe some words, but you'll likely also win the armrest. 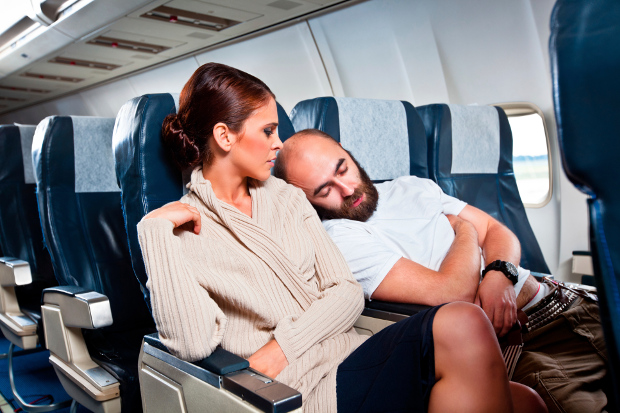 Sometimes you need to get a little creative ... and ballsy (Image: Getty)

Compromise is a word rarely used when talking about war, but it can be the best option when deciding the outcome of the armrest war.

If you're happy to share, strike up a conversation with the person sitting next to you. Talk about the whole armrest situation, make a few jokes and even mention the unspoken 'battle' surrounding it.

Once you've got them smiling, offer an alternative to the back and forth by sharing the armrest. They'll probably agree. Or they might consider you weak and take it for themself. This is war after all.