Private vehicles will only be allowed on Delhi's roads on alternate days from January, authorities said, as the capital tries to curb choking levels of pollution.

The Delhi government will also increase public transport in the city and shut down a coal-fired power station in the state, said chief secretary KK Sharma.

"Particularly in winter, when the pollution is high, we will implement for some time odd and even number vehicles operation," he told reporters after an emergency meeting of the state government to discuss the crisis.

"We will make effort to start it from first Jan." 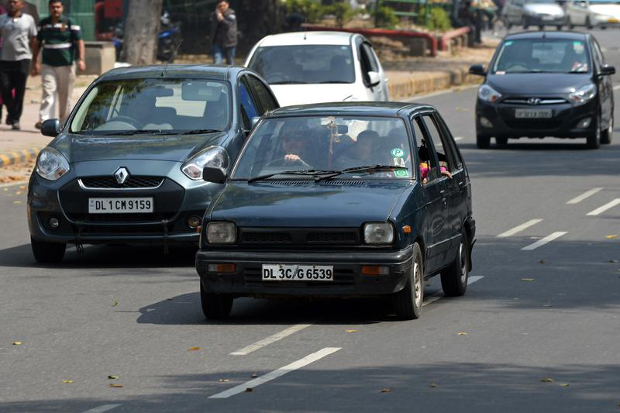 There are already more than 8.5 million vehicles on Delhi's roads and 1,400 new cars being added every day, contributing to some of the worst pollution in the world.

Several Chinese cities have slapped limits on car numbers because of congestion and pollution, but it is the first time the Indian capital has implemented such a measure.

Successive Delhi governments have faced flak for failing to clean up the city's filthy air, ranked as the worst in the world by the World Health Organization.

The decision to restrict private cars came two days after India's environmental court ordered the Delhi government to come up with a strategy to tackle the smog that has settled over the city in recent weeks.

Delhi's air routinely worsens in the winter as residents start lighting fires to stay warm and as cooler air and clouds trap pollutants.

But unlike Beijing, which also suffers from hazardous haze levels, New Delhi does not issue public health warnings.

Courts have been pushing authorities to act, including ordering a toll tax on the thousands of diesel-guzzling trucks entering the city every night.