Lots of apps claim they can help you fight jet lag. Now Michigan researchers say mathematical formulae suggest it's possible to adjust to new time zones a bit faster than previously thought, and they created their own free app to help.

Doctors have long said exposure to light is key. But how much, and when?

"If you get light in the wrong time or wrong way, it'll send you the wrong direction," said University of Michigan maths professor Daniel Forger, who led the research.

A master biological clock, called a circadian rhythm, regulates when we become sleepy and when we're more alert. Travel across time zones and the body clock has to reset itself.

Light is that clock's strongest regulator. In a study partly funded by the US Air Force, the Michigan team used two equations proven to predict someone's circadian rhythm, and with computer modelling calculated different schedules of light exposure for more than 1,000 possible trips. 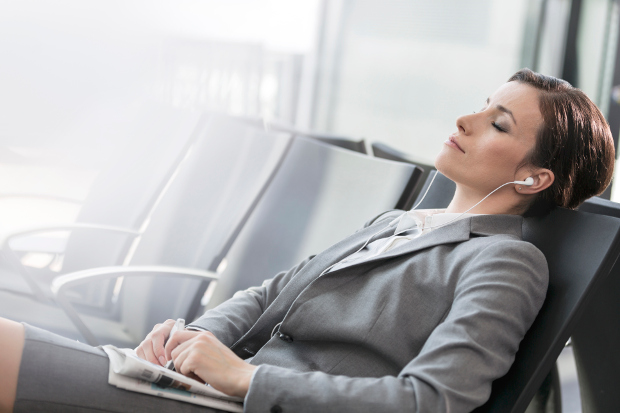 Forger's team reported in the journal PLoS Computational Biology. (It didn't address other potential remedies such as melatonin.)

An example: Fly from Detroit to London, five hours ahead, arriving at 11am London time. Generally, it's thought to take a day per time zone to fully adjust.

A free iPhone app named Entrain does the calculations. Stay indoors, or stay up later, and it adjusts the advice.

The app hasn't been tested with travellers to see whether it really helps more than general advice, such as to seek morning light when travelling eastward. But after using it, travellers will be given a choice of submitting their data to a University of Michigan study.

"Before we really believe it, it has to go through testing," cautioned sleep-medicine specialist Dr. Steven Altchuler, an assistant professor of psychiatry at the Mayo Clinic College of Medicine, who wasn't involved in the project. But "there's very little risk of harm if someone wants to try these things."

Most people adjust well with general advice, but adjusting faster may be more important if travellers must be at their best for, say, sports competitions or a business negotiation, Altchuler added.

"I think it makes sense," said Dr. Charles Bae of the Cleveland Clinic's sleep disorder centre. "Anything you could do to optimise your adjustment is welcome, without medications."

Copyright (2014) Associated Press. All rights reserved. This material may not be published, broadcast, rewritten, or redistributed.

This article was written by Lauran Neergaard from The Associated Press and was legally licensed through the NewsCred publisher network.