New seat screen will know when you nod off

New seat screen will know when you nod off

The next generation of in-flight entertainment will include screens that know when you've fallen asleep, while new apps will very soon let you sync your personal devices with the onboard system.

At the Paris Air Show this week, French manufacturer Thales has been showing off its prototype for the next generation of business class seat, which includes iris-tracking to tell when passengers are looking away.

The screen can be set to pause a film or go into standby when the passenger's eyes are closed, and restart automatically when they wake up.

"The eye-tracking technology actually came from the handicapped market, and we've reapplied it to airlines," said Brett Bleacher, director of innovations for Thales. 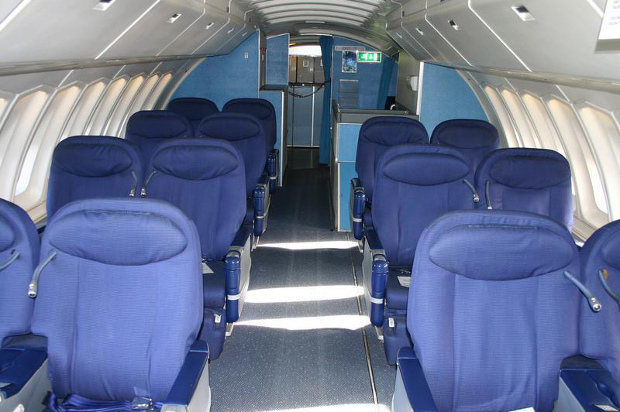 Bleacher said it was "still five to 10 years off" before the technology is actually installed in business class cabins.

"We are just starting to build relationships with airlines to get this into production," he said.

Meanwhile, the market leader in in-flight entertainment, Panasonic, was displaying its own technological innovations which will soon be available.

Having already brought touch screens and high-definition video to many major airlines in the last couple of years, the Japanese company is now offering a range of smarter software that allows passengers to browse the films on offer from an app on their personal device before they travel, and then sync the device once onboard.

The sync means passengers can use their iPad or tablet as a second screen, browsing the Internet and shopping options without interrupting the film.

It has taken a while for airpcraft screens to catch up with the sort of quality that has now become routine in smartphones and tablets.

"Airline screens have to go through a lot of certification and testing. They have to be much more rugged to make sure nothing goes wrong," said Grima.

"If your iPad bursts into the flames on the ground it's not the end of the world, but if that happens on a plane, it's obviously much more of a problem."

Companies including Panasonic and Thales also have to "future-proof" their computers to make sure that they can handle technology and software improvements.

"You don't want to change the entire fleet's entertainment system every time some new software comes out, so we've had to make these much more powerful than an iPad," said Grima.

The other important development has been to encourage more spending from customers - a factor that has become increasingly important for airlines as their profit margins are squeezed.

Airlines are keen to encourage passengers to book hotels, hire cars or buy tickets from partner companies at the destination.

"Ancillary revenue from selling tickets or teaming up with hotels and rental companies has become a huge and growing part of airline revenue," said Scott Easterling, director of in-flight entertainment for Thales.

The new technology allows airlines to gather large amounts of commercial data on passengers, from what time they do the most shopping to what kind of products they favour.

And there are more practical uses to the increasing connectivity, too, with airlines able to send information from the plane to maintenance crews at the destination, informing them of malfunctions so they can be ready with the correct parts and crew as soon as the plane arrives.

"Now that we have this really good permanent connection to the ground, we can do all sorts of things - we are only just scraping the surface," said Easterling.