A new report by expense management system provider Certify shows that 47 percent of the ground transportation rides by its users in March were through Uber. That's more than tripled from the 14 percent of rides that Uber had just over a year ago in January 2014. In a few cities, Uber now tops taxi rides for business travellers.

"While we often see noteworthy market shifts — leading restaurant chains and hotels exchanging leadership positions, for example — it is unprecedented to see one vendor grow to take such a commanding market share within one year's time," says Certify CEO Bob Neveu.

Certify based its finding on the 28 million trip receipts its North American clients submit each year. 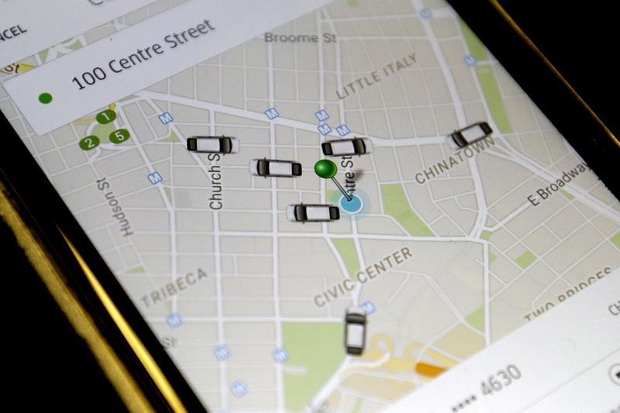 Uber connects travellers with various cars through its smartphone app. Some drivers work for car service companies; others spend a few hours driving their personal cars on the side for some extra money.

Business travellers might be quickly moving toward Uber, but their employers have some major concerns.

Mike McCormick, executive director of the Global Business Travel Association, notes that many companies are worried about issues of safety and liability.

McCormick says that becomes a liability and "duty of care" issue for companies sending workers on trips.

Uber has faced criticism that its employees inappropriately accessed customer data and that it does not properly screen drivers to ensure they have clean criminal records.

In a few cities, Uber beats out taxis by a wide margin for business travellers. In its home town of San Francisco, 71 percent of rides expensed through Certify during the first quarter were for Uber; 29 percent used taxis. Uber also beat out all other forms of ground transportation in Dallas, accounting for 56 percent of the rides.