On-time arrivals up, cancellations down

On-time arrivals up, cancellations down

Words by The Associated Press

Airlines are doing a better job lately of arriving on time and cancelling fewer flights.

The US Department of Transportation said 81.8 per cent of flights on the nation's leading airlines arrived on time in April. That's up from 78.7 per cent in March and 79.6 percent in April 2014. 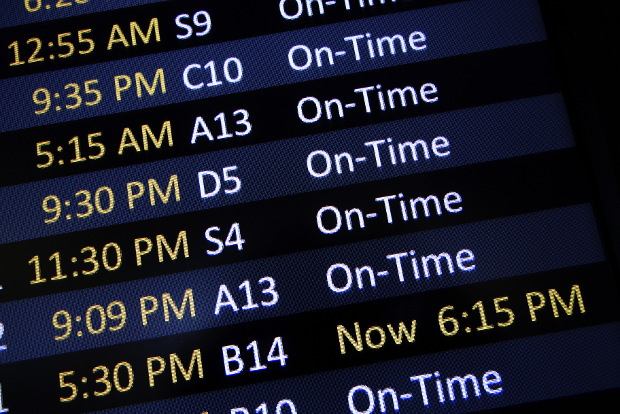 There was only one tarmac delay in April that was long enough to draw attention. A Southwest Airlines flight from Houston to Denver was diverted to Pueblo, Colorado, where it sat for four hours, in apparent violation of a three-hour limit in federal rules. The Transportation Department said it was investigating.

Airlines cancelled about 4,500 flights, or 0.9 per cent of their schedules, down from 2.2 per cent in March and 1.1 per cent the previous April. Envoy Air, which operates most American Eagle flights, had the worst cancellation rate.

The rate of consumer complaints jumped 31 per cent compared with April 2014 but remained rare — about 1 in every 60,000 passengers filed a complaint with the government. Frontier had the highest rate of complaints, followed by Spirit. Southwest had the lowest rate.