Combine one part leading cruise line and one part top Australian restaurateur. Let simmer for five years and you've got yourself one heck of a recipe for success.

P&O Cruises and Luke Mangan joined forces on the Gold Coast last Thursday, 2 July 2015 to celebrate their partnership that brought the Salt grill aboard the Pacific Jewel in 2009. At the time it seemed like an unlikely pairing, but it turned out to be revolutionary. I was lucky enough to join in on the celebration as well as pose a few questions to reflect on the journey so far. 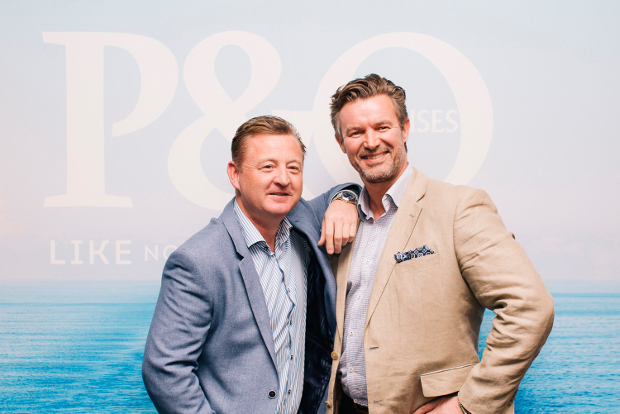 Mangan was the first well-known Australian chef to team up with a cruise line to create a dining experience at sea, which came about due to an off-the-cuff remark to Sture Myrmell, Senior Vice President of P&O Cruises. A desire to open a restaurant onboard a ship set the wheels in motion for what turned out to be a very successful endeavour. Upon reflection of the ups and downs, Mangan said,

"For my business, our partnerships are the key ingredient to our success. I love being able to work with the P&O team to not only create amazing dining experiences onboard their ships, but for the first time (like today), also on land.

"When Sture initially told me they were looking to increase the profile of fresh Australian produce onboard their ships, I loved the challenge and admired what his vision for P&O was. It seemed like a great opportunity, and the last five years are testament to a series of innovations and exciting new projects."

The success of the first restaurant was immediate. The 60-seat Salt grill was selling out twice a night. It wasn't long before the decision was made to open for lunch as well. Riding a runaway wave of success, P&O added two further Salt grill restaurants to the Pacific Dawn and Pacific Pearl just 12 months later, which turned out to be equally popular with guests. 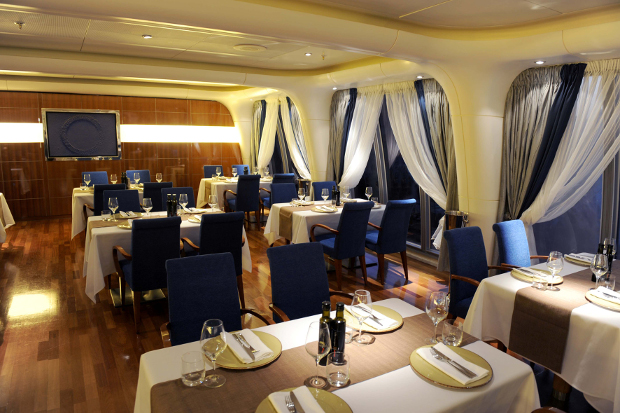 Where it all started: The Salt grill aboard the Pacific Jewel

When asked about the advantages of creating a dining experience at sea, Mangan said,

"Without doubt the best advantage of cooking at sea is the view! With 17 restaurants globally, I love being able to come on board and actually have some time to break away from the everyday challenges you face when you are running a business predominately on land!

"We have a fantastic team that we work with and my Group Executive Chef, Joe Pavlovich, and I come on board as often as possible to ensure our customers have a dining experience that not only matches the view but exceeds it!"

And now, 350,000 meals later, as we enjoyed a menu of delicious Luke Mangan creations at the Salt grill on the Gold Coast, plans were announced to expand even further with two Salt grill restaurants set for the Pacific Aria and Pacific Eden. The two latest ships will be joining the P&O fleet in November.

These two new restaurants will no doubt focus on the same quality and top notch experiences of their predecessors, but there will be a twist. The two ships will also feature the cruise line's first Salt grill bars, which promise to provide the perfect spot for a quiet pre or post dinner drink.

"To be celebrating five Salt grill restaurants at sea five years later is a fantastic result, which speaks volumes about P&O's innovative approach to cruise cuisine as well as Australians' love of good food," Mangan said.

"We always have some exciting projects in the pipeline. The future of Salt grill stems back to one simple concept about our business – that being relationships are the key ingredient for all we do. Whether it be the relationships between ingredients to create unexpected food experiences, our partners, our customers or our suppliers, the future of Salt grill is a combination of all these areas.

"Right now – the future is great. Sure there maybe new restaurants in the pipeline, but if we focus on these details that’s when the future gets even more exciting!"