Chinese, Taiwanese and Thai travellers are the most addicted to their smartphones, according to the results of a new international survey.

In a report that looks at the use of mobile devices in travel, results showed that smartphones have leapfrogged over long-standing necessities such as a toothbrush, deodorant and driver’s license, to be considered the single most indispensable travel companion. 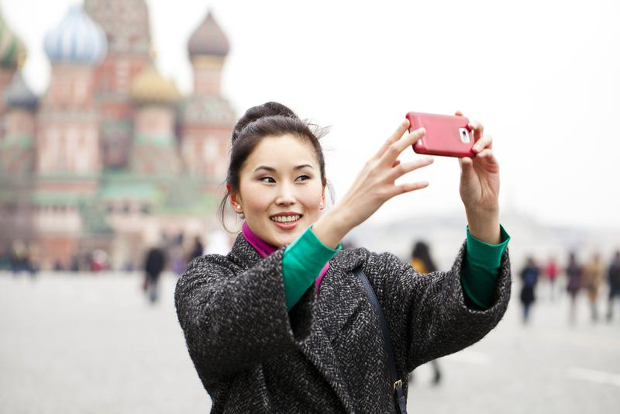 According to the report prepared by Expedia and Egencia, 60 percent of travellers around the world said they would be unwilling to go on vacation without their mobile device, while a full 35 percent said they use their phones more while on vacation, than they do at home.

The countries that are the most attached to their mobile devices are China and Taiwan, where 94 percent of respondents surveyed called it an important travel companion, followed by 91 percent of Thai respondents.

At the other end of the spectrum, travellers from Germany, Norway and Sweden showed the least amount of dependence on their smartphones while on the road.

For the report, more than 9,640 travellers across 19 countries were polled.

“We have found that travellers are using mobile devices at every stage of the travel process, from researching and booking trips to capturing and sharing the travel experience," said Aman Bhutani, president for Brand Expedia Group.

"And just because a traveller can use their device to read work email and stay connected to the office, they also believe it improves the quality of their vacations.”

Survey results also showed that 60 percent of travellers will check their work emails while on vacation, with Indian travellers more likely than other nationalities to mix work with pleasure.

Though smartphones are playing an increasingly valuable role in travel, respondents do have their limits, as there are certain indiscretions which were deemed more offensive than others.

The biggest violations of mobile etiquette? It’s a close call, as just one percentage point divides the top two offenses: playing music or videos without headphones, and making calls on speakerphone (58 and 57 percent respectively).

Taking photos of strangers, making calls at a restaurant and enabling notifications on the loud setting round out the top five grievances.