Stand By For Comfy Seats

Stand By For Comfy Seats

Airlines have devoted much of their time in recent years to cramming on board as many people as physically possible. Seat widths have shrunk, as has legroom, while Boeing has even cut the size of the toilets on some of its 737s so carriers can squeeze in four more passengers.

But now, as unlikely as it might seem, the in-flight experience could be about to take a turn for the better.

All Nippon Airways (ANA), the Japanese carrier, has teamed up with ergonomic experts at Toyota to create a new economy-class seat which it claims will transform cabin comfort.

The at-a-glance statistics are unlikely to excite. The width of the new creation is 17.5 inches, just a half-inch in excess of a Ryanair seat, while its “pitch” is 31 inches, only an inch more generous than you’ll find on board the low-cost Irish carrier.

But ANA says its new seats – to be rolled out on domestic services from June – will offer greater support to help passengers maintain a relaxing posture and reduce muscle fatigue.

Armrests and tray tables have been reconsidered, with various angles tested to find the right fit for all passengers, regardless of shape or size. 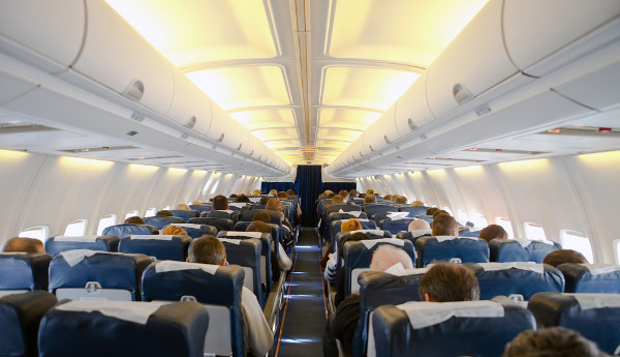 The design is “in line with the airline’s continued commitment to quality and comfort,” according to the airline, and takes advantage of Toyota’s “high-quality craftsmanship and manufacturing capabilities, which have been refined over decades of experience”.

The seats will, for the foreseeable future, only be seen on ANA’s domestic flights. It hopes to have 1,560 installed on six Boeing 767-300s by next year. However, the plans could give ordinary passengers hope that airlines are finally doing something to improve the in-flight experience.

As Telegraph Travel reported last month, the majority of new aircraft developments are unlikely to make things any comfier on board. Boeing and Airbus are labouring away at fresh models which will reconfigure the traditional cabin, mainly by featuring more seats.

In March, Airbus received permission from the European Aviation Safety Agency to cram an extra 15 seats into the A320neo, raising its capacity from the planned 180 seats to an even denser 195.

More intimate, though, will be the Boeing 737 MAX 200 – the catalyst for which has been Europe’s biggest low-cost airline. Ryanair placing a £7.5billion (A$14 billion) order for 100 of Boeing’s new toys last December – with an option for a further 100 planes at a future date. But the Irish carrier’s custom came with a specific request – that the 189 seats on the blueprint for the 737 MAX be increased to the round figure of 200.