If you're always looking for the best holiday selfies to show off on Instagram, then this is the news you've been waiting for.

The hotspots are placed in eight locations around the mountain, including three cottages around the summit, a general management centre and a resort facility.

Each user will be allowed 72 hours of access, so you post the beautiful goraiko sunrise live to your friends and family, as well as checking vital weather and tourist information directly on the mountain.

This might seem an unusual place to access the internet, but there are plenty of unusual locations across the world where it’s surprisingly easy to get online.

A couple of years ago a historical amusement park, which attempts to recreate life from the first and second centuries AD, introduced Wi-Fi access… on the back of donkeys. 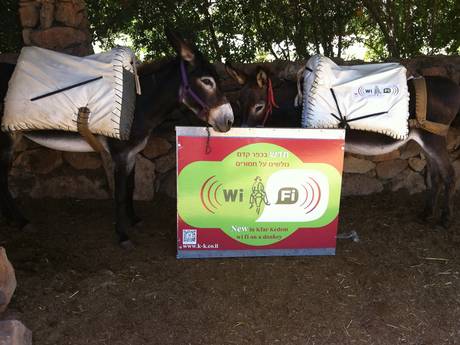 The donkeys carry a small bag around their neck containing a router, allowing tourists to document their ride via social media.

Fuji’s not the only mountain that lets you stay connected.

A brand new Wi-Fi-enabled gondola launches in Val d’Isere this (northern) winter. You can snap photos of the gorgeous view from your ski lift and post them straight to Instagram.

If you need any more persuading, the lifts will also contain heated seats.

Over the next few years, Canada is introducing 150 Wi-Fi hotspots in up to 20 of its parks.

With some of the most beautiful scenery in the world, the country wants to attract more visitors to its sights.

You’ll also be able to connect to GPS too so you can get the most out of your visit.

A lot of people take a beach break to get away from it all. 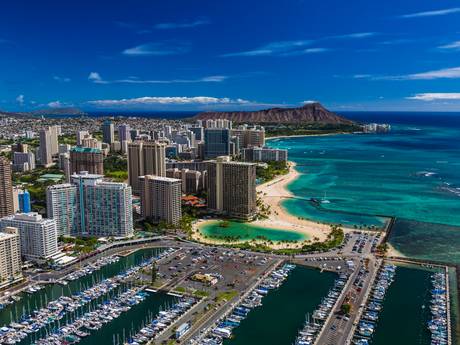 But if you can’t resist checking your emails while drinking your third piña colada then perhaps Waikiki is for you, with Wi-Fi available alongside white sand and endless sunshine.

If your 3G signal is no good and you urgently need to refresh your Facebook feed on the move, free Wi-Fi is available in the capital’s black taxis, as long as you’re prepared to watch a 15-second ad every 15 minutes.

A slightly less cheerful wireless hotspot is San Jose Cemetery in Granada, which introduced a free, open connection two years ago following demand from its visitors.

Back in 2005 a couple of Intel employees installed an access point at the North Pole's main camp site and at a drifting polar scientific station to help explorers undertaking research in the area.

Last year scientists managed to beam a Wi-Fi signal to the moon with powerful lasers. The purpose was supposedly so that future generations living and working there could keep in touch with those back on earth.

This article was written by Sian Elvin from The Independent and was legally licensed through the NewsCred publisher network.