Strategies For Making The Most Of Layovers

Strategies For Making The Most Of Layovers

No need to dread long airport layovers. With planning, you can spend time between flights sightseeing. Here are some strategies and anecdotes from business travellers.

Carol Margolis actually tries to get layovers in Amsterdam, an easy airport to fly through for KLM or Delta flights in Europe.

With six to eight hours to kill, she stows luggage in a Schiphol airport locker and goes into Amsterdam by train for "lunch along a canal, shopping and people-watching."

Margolis' other suggestions include taking organised group tours from the Istanbul airport, designed for layovers of six hours or more and hopping the train from the Minneapolis airport to the Mall of America for shopping. 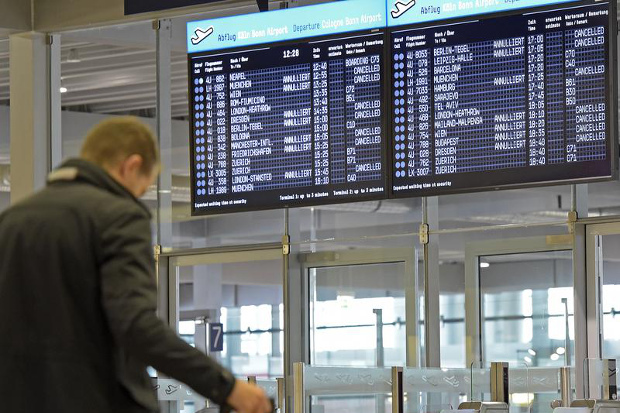 Making The Best Of Delays

Even when flights are delayed by emergencies like weather or strikes, you can turn those stressful hours into something pleasant.

Jennifer Tombaugh, president of the Tauck luxury tour and cruise company, once faced a 10-hour layover in London while travelling with her family to Italy because of an "impromptu strike at Rome's airport.

"We bee-lined into London, saw Westminster Abbey, Parliament, rode on the London Eye, ate at the Sherlock Holmes pub, walked back through St. James Park and trained back from Paddington before making our evening flight."

Mark Aselstine, who runs a San Francisco-based online wine club spent a Seattle layover sightseeing en route to visit winemakers in Walla Walla, Washington. He had a choice of driving five hours from Seattle to his appointments, or waiting for a connecting flight to Walla Walla with a three- or nine-hour layover.

"I chose the nine-hour layover as opposed to spending an inordinate amount of time in a car or just sitting at the airport," he said. "I'd never been to Seattle so this was part of the idea for the trip."

He had a sandwich at Pike Place Market, saw the very first Starbucks store, toured the Bill & Melinda Gates Foundation Visitor Center and went up in the Space Needle.

Beware Of Travel Time On The Ground

One thing to consider is how long it takes to get to and from the airport. Taxi rides from New York's airports can take forever given the traffic, and New York's bus and train options can also be slow.

But in Seattle, airport trains got Aselstine back and forth smoothly. He says airports with public transportation are usually more reliable than ground transport, but travellers should check schedules so they don't miss a flight.

Renting A Car And Relaxing

Peter Lombard rented a car for his 11-hour layover in Frankfurt, Germany, and spent an evening catching up with old friends over dinner.

"I didn't make it a scenic run-around being a tourist," said Lombard, who was waiting for a connecting flight to South Africa for a convention.

Lombard is CEO of Insouciance Abroad, which organises travel for large groups. He rents cars so often, he's got it down to a science, always opting for the rental company to fill the tank rather than looking for a gas station, and using GoogleMaps and his phone to navigate.

Kisha Mays, CEO of Just Fearless, a business development consulting firm based in Hong Kong, also looks forward to long layovers and likes getting local recommendations on what to see.

A favourite memory was in Dubai, where she didn't go for "the skyscrapers and luxury you see typically." Instead, she was directed to a working-class neighbourhood where she found "the best dried fruits, the best nuts, and the experience of dining there, where they treated me like family."

The only risk is running late for a flight if "you're having a good time, you don't want to leave, and you don't realise how far out you are," Mays said. "It does make me nervous, but it doesn't stop me. I want to explore."