The Seven Ages Of Luggage

The Seven Ages Of Luggage

You know "luggage" is important because of its metaphors. The kind we carry is the vast back catalogue of memories (often guilty), beliefs, hopes, desires, fears, passions, conflicts and embarrassments.

This sort of luggage was Proust's beautiful edifice immense du souvenir. But the luggage we carry also has to measure 50cm x 40cm x 20cm if you want to put it in an overhead bin on easyJet.

Luggage is eloquent both of travel culture in general and the preoccupations of its owner. For example, travelling with a vast amount of luggage – steamer trunks, secretaires and suitcases – was once an infallible memorandum about status, since you needed servants to do the lugging and the humping. 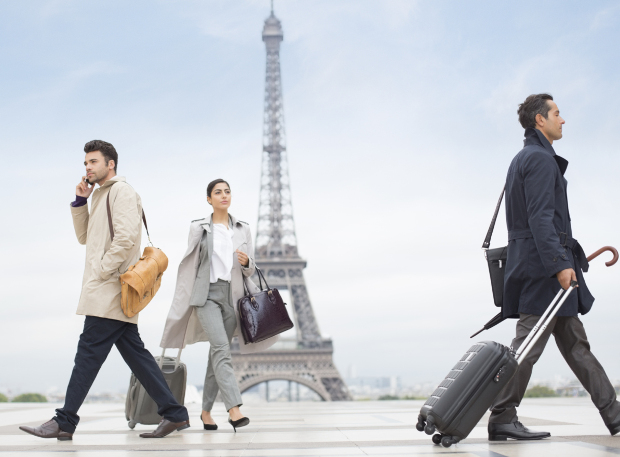 Now the opposite holds. The more prosperous and sophisticated you become, the less luggage you will carry. Social and intellectual progress equip us to edit the stuff we need in transit. Certainly, my own progress can be calibrated by the style and character of my carry-on. Seven Ages of Luggage? Possibly.

My first independent journeys were with a hideous, torturingly uncomfortable metal-framed canvas rucksack to which my mother had touchingly sewn a Union flag. I graduated to a squishy nylon bag which came with me on my first trip to New York.

My first married trips were with brown paperboard cases with leather corners which I thought nicely reflected a debonair, worldly sophistication I had recently self-diagnosed. However, they disintegrated when wet, stained the contents, and the clasps soon broke so we went sensible and bought lightweight, stiff, black plastic cases.

They are in the attic now, covered with dust and stickers from long-dead airlines. 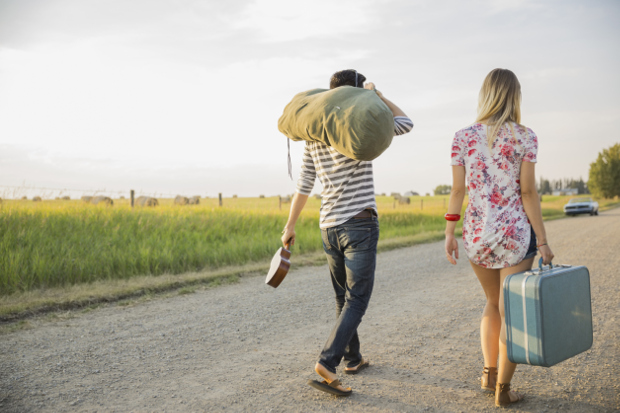 For 20 years we have been using soft leather bags, which patinate nicely. They can be rammed into exiguous rental car spaces and pass most modern carry-on tests. They also, or so I like to think, communicate a sort of relaxed insouciance.

But recently my wife has protested about the beat-up leather bags. Her counter-argument is that they have no structure and clothes that began their journey neatly pressed become rumpled in transit. Things get lost, bottles get broken. We were going to get some stiff cases with wheels.

Wheeled cases say to the mind: "No more heaving and sweating, plus my shirts will look as if I have a valet." They say to the soul: "I am going to look like a selfish prat who has lost all spatial awareness, I will double my footprint and declare to the watching Proust that I can't be arsed to discipline my packing." 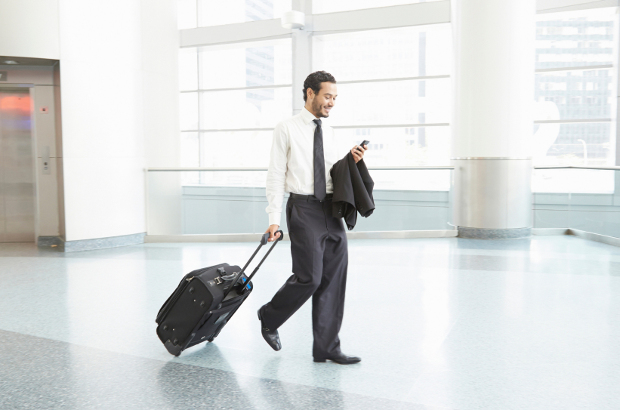 Anyway, my wife won hands-down and we got shiny black plastic, carry-on capsules from John Lewis.

Reader, I felt defeated and ashamed. Or I did until I had to whizz through Athens airport at peak time and did so with the spirit and dash of a very young man, not the stroppy funk of a middle-aged masochist.

They enhanced my performance and my mood. The Seventh Age of Luggage is about staying cool, calm and well-pressed. For me, this is late-onset maturity. On wheels.

This article was written by Stephen Bayley from The Independent and was legally licensed through the NewsCred publisher network.