You may be jumping straight to TV series, movies or gaming apps when it comes time to burn some time at the airport, but have you ever thought about podcasts? While it hasn't enjoyed as much mainstream popularity, podcasting is a prolific form of digital entertainment with no signs of slowing down. Comedy, history, sport ... if you can think of it, you can probably find a podcast about it.

To help you sift through the seemingly endless options, here are nine top podcasts for 2015 that are worth downloading for your next flight. 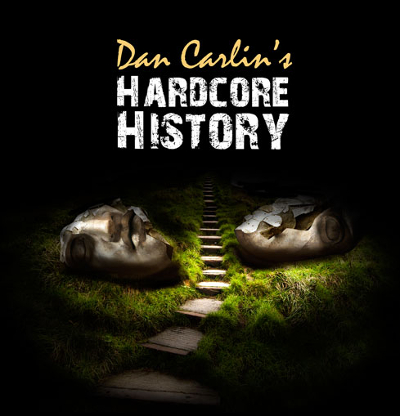 From Genghis Khan to World War I, Dan Carlin chooses significant historic events and presents them with a captivating narrative in two to four hour episodes. This isn't your typical history lesson though; each episode is peppered with gruesome accounts, bizarre circumstances and the unique decisions that led to some of history's most momentous outcomes.

Revolutions is another podcast that presents historic events with an interesting narrative. While Hardcore Histories chooses to focus on specific major events from around the world, Revolutions presents everything from historic periods to notable events. Each episode is broken down into a smaller half an hour timeframe, making it easy to digest on quick flights.

If you're a real connoisseur of comedy, you can't pass up WTF. Mark Maron paved the way for comedians in the podcast arena, putting together his one-hour show from his garage. Along with general ranting from Maron, each episode features a guest from the comedy world. Interviews loosely focus on the craft of comedy, but are easily derailed by hilarious banter and anecdotes.

This Judge Judy-esque concept invites listeners to send in complaints against friends, partners, neighbours, roommates, etc, explaining each side of any given domestic debacle. Author/actor/historian/humorist John Hodgman then acts as judge, carefully picking apart arguments with astute observation and delightfully dry wit.

This podcast rocketed to fame this year, dissecting the real life murder of Hae Min Lee. Telling the story of this case in serialised hour-long episodes, Sarah Koening sifted through evidence, testimony and unique circumstances to expose questions surrounding the conviction of Adnan Syed. Due to come back for a second season, this addictive listen will definitely pass the time.

Criminal may have gained more listeners after the success of Serial, but this podcast was actually created first. It too takes a look at real life murder investigations along with other aspects of criminal investigations, detailing the circumstances of the event while integrating audio, testimony and evidence in digestible 15 to 20 minute episodes. It's a chance for listeners to draw their own conclusions, showing that things aren't always as cut and dry as they may seem.

A Person of Many Tastes

If you like variety when it comes to your digital entertainment, you can't pass up This American Life. Based on a National Public Radio broadcast, this award-winning podcast is a weekly offering composed of four to five segments that follow an overall theme. It's approximately an hour with mostly true stories from everyday people that are often humorous or touching, but always thought-provoking.

Presented by Slate, Working is a fascinating look into different professions in America. Host David Plotz sits down with people from all walks of life, asking them what they do and, more importantly, how they do it. Ranging from hospice nurses and how they tend to dead bodies to Stephen Colbert and how he puts together a show, Working touches all aspects of how people do their jobs.