From on-the-spot translation to digital room keys and wireless payments, the travel and hospitality industry has really started to embrace the capabilities of mobile devices.

A new report from Juniper Research forecasts that the end of the traditional paper boarding pass is nigh. It's about to be replaced by a smartphone or smartwatch - 745 million digital boarding passes will be used this year, appearing on a device screen and scanned at the gate or check-in desk.

Just over half (53 per cent) of the world's airlines already offer digital passes via smartphone apps, and by 2017 91 per cent of carriers will. Juniper's report forecasts that by 2019, one in every three, or some 1.5 billion boarding passes, will be delivered this way.

What's more, as scanning a barcode makes way for Near Field Communication, the secure wireless technology used by the iPhone for mobile payments and by a host of other handset makers for pairing and connecting devices, mobile devices will become the de-facto tickets on bus, metro and train systems too as a tap against a sensor is all that will be needed. 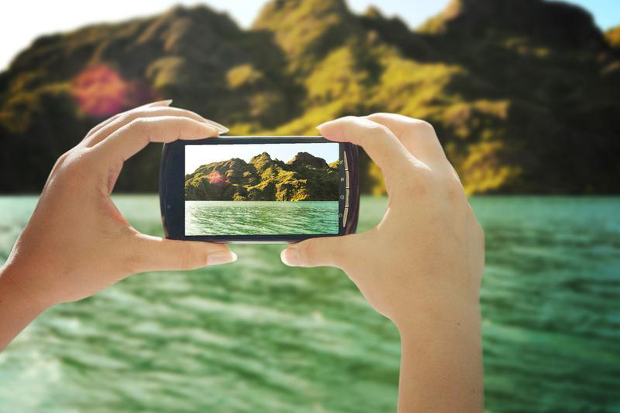 "The ultimate position that NFC can reach in the airline industry is ‘the extinction of the boarding pass' whereby boarding pass, baggage tickets and identity information can be stored on the phone and simply accessed using NFC readers. However, this transition will not only be delayed by the success of barcode but there is the need to gain agreement and investment from airlines and airports around the world," said the report's author Nitin Bhas.

Before that moment arrives, ApplePay itself is gaining momentum in the industry. In February US airline JetBlue became the first airline to accept it for in-flight purchases and on Monday Marriott International announced that it plans to accept ApplePay initially at all of its US sites but eventually worldwide as Apple rolls the feature out to other countries.

"Approximately 75 per cent of our guests travel with one or more mobile devices, and it is even higher among 25-35 year olds - a group that will make up a much larger proportion of our guests over the next three years," said George Corbin, senior vice president, Marriott Digital.

Starwood has developed an app that will turn the smartwatch into a room key. InterContinental Hotels will be offering an Apple Watch version of its Translator app, which will offer pre-programmed phrases and translations via dictation and, on April 24 when the Apple Watch actually arrives in store, there will be an easyJet app, making it the first low-cost airline in the device's app store.

But it's not just the Apple Watch's potential capabilities that the hospitality industry is testing.

KLM is testing passenger services via Android Wear smartwatches. The app will push notifications about a flight to the watch screen and once the wearer arrives at the airport, information such as gate number and departure time will appear automatically.

"In the future, we will further link technologies to offer innovative services ensuring that passengers are always a step ahead on their journey," said Tjalling Smit, Senior Vice President of E-Commerce at Air France-KLM. And of course, the app will serve as a digital boarding pass.