If you're continually skipping across multiple time zones when travelling, you're probably all too familiar with the side effects of jet lag. It can lead to days of feeling sluggish and unproductive as your body tries to cope with time zone and sleep schedule changes.

It is a concern for many travellers. So many, in fact, that researchers and companies continue to invest time and money in finding treatments and cures. For those that would rather skip the numerous pills, gels and creams that have sprung up as a result, there is an equally diverse selection of devices that claim to assist in the fight against jet lag.

Many tech-based treatment options utilise light therapy to battle the effects of jet lag. The idea is simple. Since your body's clock (circadian rhythm) is linked to the rising and setting of the sun, exposing yourself to light when your clock is out of sync will help reset your brain to your new time zone. 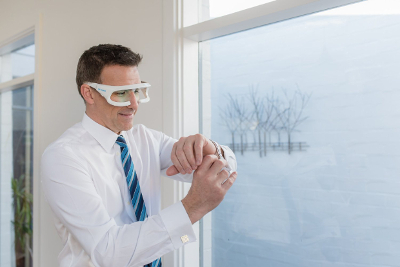 Products such as the Re-Timer are similar to eye glasses and can be worn on the face. They are designed to emit a soft light around your eyes to suppress the production of melatonin and boost your energy levels through light exposure. Wear them before your trip to help your body readjust to the new time zone you'll be travelling to, or wear them during your trip (at morning or night) to help yourself readjust at a faster pace.

Taking light therapy a step further, companies such as Valkee have created ear buds that can be worn before, during and after your flight to assist in resetting your body clock. These tiny headphones are fitted with a small LED light that exposes light-sensitive regions of the brain to blue-enriched white light through the ear canal. Wearing them for 12 minutes at a time is supposedly enough to charge you up and keep you going when fatigue starts to set in. 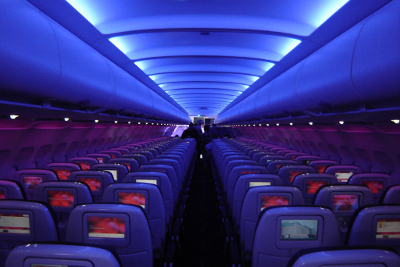 If you're not quite sure you're ready to invest in your own personal light therapy gadget just yet, you're in luck. Many airplanes have integrated the idea of influencing sleep patterns with lighting into their designs. Major Aussie airlines such as Virgin have installed ambient lighting meant to echo that which you would see outside to help ease passengers into a proper sleep pattern.

In late 2015, Airbus released new A350 designs that have incorporated more sophisticated lighting systems with the sole purpose of reducing the effects of jet lag. This LED lighting changes the colour temperature during the flight to simulate sunlight. They are able to create 16.7 million different light colour combinations! All in the name of treating jet lag.

How To Avoid Jet Lag

While light therapy plays an important factor in the development of new jet lag-fighting technology, it isn't the only option. There are a number of devices taking a different approach, helping travellers retrain their body clock by altering sleep schedules before the flight. That way you can arrive with your body clock already retrained. 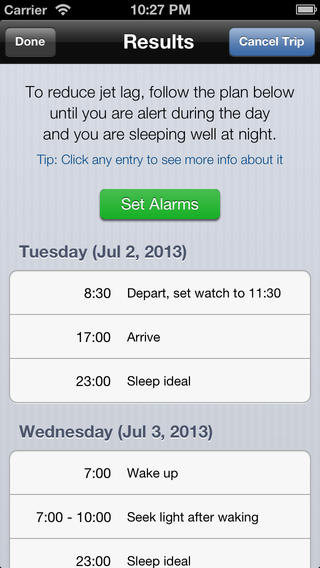 Arguably the most popular and effective of these sleep schedule trainers comes in the form of apps. Depending on how sophisticated you want to go, you can download apps to your smartphone that allow you to input your destination and departure details for a new sleep schedule complete with alarms. Some apps, such as Jet Lag Rooster, even allow you to choose when you want to start your new sleeping plan (after arriving, on the plane, or a set number of days before departing). 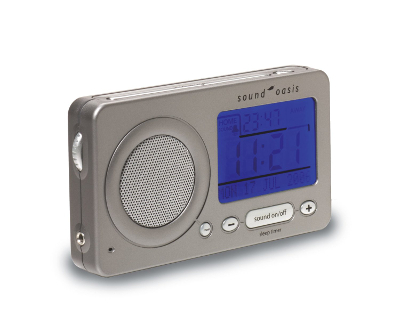 If you're a serious traveller, you probably have a few tracks of white noise, falling rain or whale sounds on hand to help you fall asleep, but these days travellers are looking to portable noise machines as a sleep aid. They are much more sophisticated. Not only are they compact and easy to toss into a carry-on bag, but many offer designated settings to combat jet lag. These settings combine a number of ambient sounds to help you relax and fall asleep.