Uber Takes To The Roads In Sri Lanka

Uber Takes To The Roads In Sri Lanka

Taxi app company Uber launched recently in Sri Lanka, a country dominated by three-wheeler auto rickshaws, as part of the US start-up's growing push into Asia.

Uber said it hopes to snatch a large share of the taxi market through its mobile app service in a country where 20 percent of the 21 million-strong population owns smartphones.

Uber did not say how many cars were being used initially in the Sri Lankan capital Colombo, where it has initially launched the low-cost Uber X service. 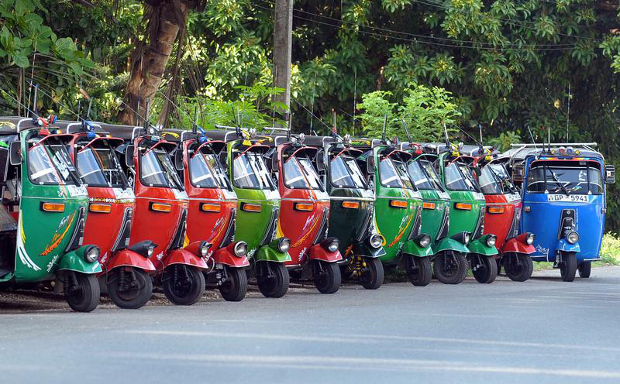 Uber spokesman Karun Arya told reporters that the company was helping the government develop policy in Sri Lanka, where there is currently no regulation on taxis and ride-share services.

"We're talking to the government on its vision for transport in the future and the potential to create a new regulatory framework," he said.

Sri Lanka is the latest Asian country targeted by Uber, which already operates in 22 cities in giant neighbour India and has been spending big in China to make inroads there.

But it faces stiff competition from Sri Lanka's million-odd three-wheeler taxis which have traditionally plied the country's roads, many of them without fitted meters.

One of the world's largest startups, operating in dozens of countries, Uber has faced regulatory hurdles in many areas and furious protests from established taxi operators.