If in-flight Wi-Fi is an indispensable amenity for you when you fly in the USA, best book on Delta, United or American which have been named some of the leading carriers when it comes to connectivity in the clouds.

According to a new report on the Global State of In-flight Wi-Fi released by Routehappy, flyers today have a chance of finding Wi-Fi on 36 per cent of all available seat miles (ASMs) worldwide - a far cry from just one year ago. 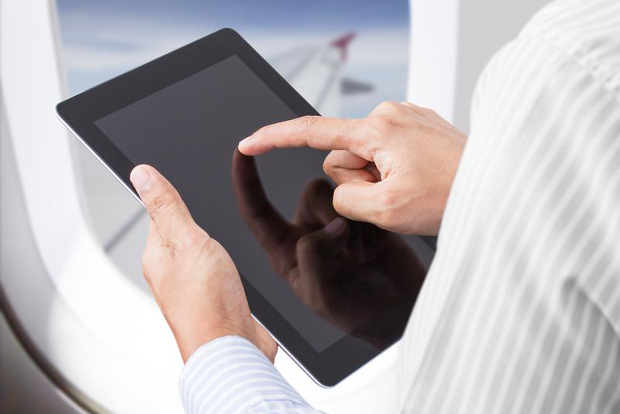 Available seat miles is a measure of an airline flight's passenger carrying capacity and is equal to the number of seats available multiplied by the number of miles or kilometres flown.

In their findings, authors note that American carriers are the leaders in the this area, offering at least one chance of scoring Wi-Fi on 78 per cent of ASMs system-wide, compared to non-US airlines which offer a chance on 24 per cent of ASMs worldwide.

The top three spots on the list of airlines that offer the most in-flight connectivity are also occupied by US airlines, with Delta, United and American at the leader board, followed by Emirates and Southwest.

Virgin America holds bragging rights to being the only US airline with Wi-Fi on nearly all of its flights.

When it comes to long-haul flying, however, Emirates and Lufthansa offer the highest odds of finding in-flight Wi-Fi, while the most connected long-haul route is New York to Dubai.

At the other end, London to Hong Kong was found to be the least connected.

For the report, analysts looked at worldwide flights on a typical mid-week travel days operated by 60 airlines that offer Wi-Fi.

While Wi-Fi connectivity was available on less than one per cent of US flights last year, that number is 6 per cent worldwide today.