Few countries know how to do food or festivals bigger than the US. Combine the two and you find yourself surrounded by delicious smells, tantalising cuisine and classic American culture.

From food trucks in Las Vegas and a chocoholic's dream, to lobster in Maine and a festival dedicated entirely to ribs, here are our picks of the best food festivals in the US. 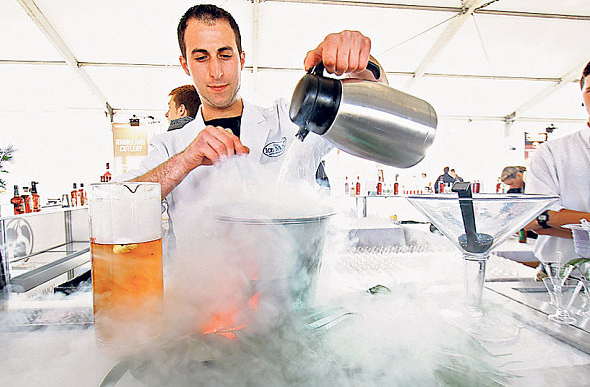 The Festival Of Chocolate

Tampa, key city on the Gulf side of Florida, will put on a grand hurrah of all things sugar and cocoa. For two days, the greatest confectionery will be the topic of all conversation — through fashion shows, cookery classes and even wine-tasting sessions, which pair reds and whites with their ideal chocolate.

For those who miss the weekend, this chocoholism will be repeated later in the year in Orlando (dates to be confirmed).

The chic restaurants of Las Vegas may revel in haute cuisine, but this four-day bonanza — based at the Rio Hotel and Casino, an off-shoot of Caesars Palace — will focus on a rather more basic dining option, the food truck.

Not that the culinary morsels provided by these rolling caterers will be lacking in imagination. Expect delicate slivers of meat and spicy fare — as well as colossal burgers and lengthy hot dogs. 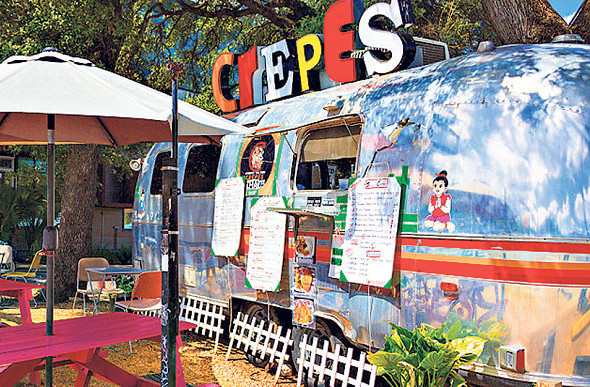 One of the more out-of-the-way edible engagements to dot the American calendar, the National Morel Mushroom Festival has lit up the small town of Boyne City — in the quiet surroundings of northern Michigan — for more than half a century.

During this four-day salute to fabulous funghi, visitors can enjoy guided forest walks in search of the best (safe-to-pick) species.

Local eateries also create dishes with mushrooms at the heart of the matter.

Texas’s second biggest (and arguably its most intriguing) city San Antonio does its bit to tantalise the tastebuds in May with Culinaria — an annual gastronomic get-together which sees some of the American Southwest’s top chefs cook special dinners, a frenzy of food trucks installed at the central H-E-B Alon Market.

Texas wineries (they do exist) tout the fruit of their vines and — with a discreet nod of the head to neighbouring Mexico — tequila-tasting hours. 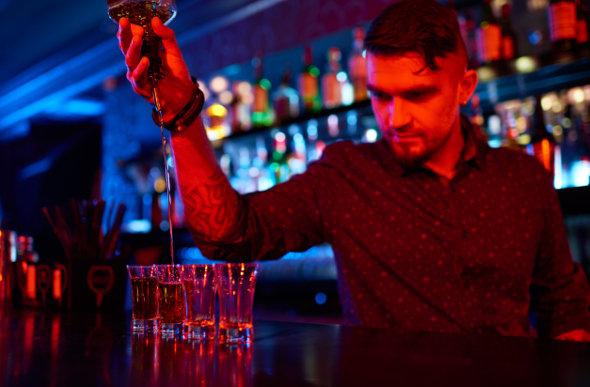 Tequila tastings and other foodie fun at Culinaria. Image: Getty

If you find yourself in North Dakota in the summer (maybe en route to the presidential pantheon of Mount Rushmore, over the border in close sibling South Dakota), this all-American extravaganza of slow-cooked chicken, pulled pork and beef on the bone — held in the state’s biggest city Fargo — should help you keep your calorie count at a (very) high level.

It has been feeding visitors to the region since 1996. Perhaps best to don a bib.

What is it about BBQs and Americans? Discussing An American BBQ Obsession With David Miller

The coast of Delaware could never be described as the USA’s most coveted (there is only 28 miles of it anyway), but Rehoboth Beach makes an attempt to boost this tiny state’s profile every year with six days of culinary temptation.

The Massachusetts state capital also turns its attention to delicious creatures of the deep every August.

This carnival of crustaceans, chowder and just about any other type of fare which includes fish takes over Boston Fish Pier (which juts into the fabled Inner Harbour, south of the centre) for one day.

The schedule will feature cooking demonstrations, oyster-shucking contests and stalls offering everything from lobster guacamole to sushi. 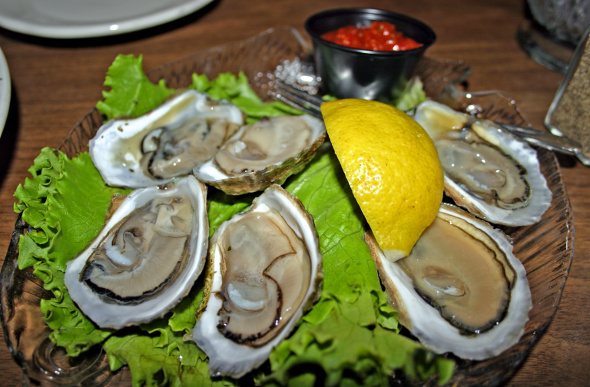 It's a day of seafood delights at the Boston Seafood Festival. Image: Getty

Held in the South Lake Union district of Seattle, this summer party is a showcase of the Pacific Northwest’s most alluring city at its most relaxed.

Described as an urban picnic, it is popular with residents and visitors, with local chefs showing their skills alongside a convoy of food trucks and pop-up cafés.

Entry is free and comes with a side of scenery — the festival is set up on the edge of Lake Union, one of Seattle’s prettiest bodies of water.

Not to be eclipsed by its east-coast cousin, San Francisco also has its August moment of foodie fascination.

Pitched on the waterfront — largely at the Fort Mason Center (views of Alcatraz as standard) — Eat Drink SF is illuminated by some 120 of the city’s most respected restaurants laying out their most exquisite delicacies, and more than 70 California wineries and spirit distillers help guests to wash them down with an alcoholic tipple or three. 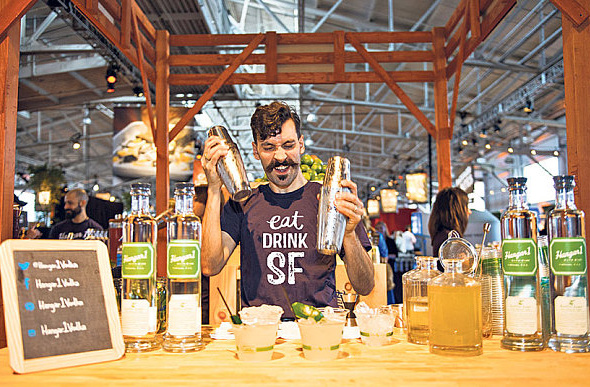 A Taste Of Colorado

The so-called Mile High City, Denver — perched at 5,278ft above sea level, in the foothills of the Rockies — offers a wealth of elevated flavours at its annual food statement, A Taste Of Colorado.

Framed by Civic Center Park, at the heart of what is the state capital, this four-day affair sees 50 of the city’s prime restaurants display their wares — ranging from noodles and pasta to tacos and slices of barbecued meat — to a soundtrack of live music performances.

Those who like their food to be more than a little ''aromatic’’ may be attracted to one of the more unusual American gastro-jamborees.

The small Connecticut outpost of Bethlehem cooks up something of a stink every autumn by crafting (and then eating) a smorgasbord of garlic-infused dips, spreads, cheeses and oils.

Vampires are probably advised to steer clear of an event that may well be New England at its most idiosyncratic. And pungent. 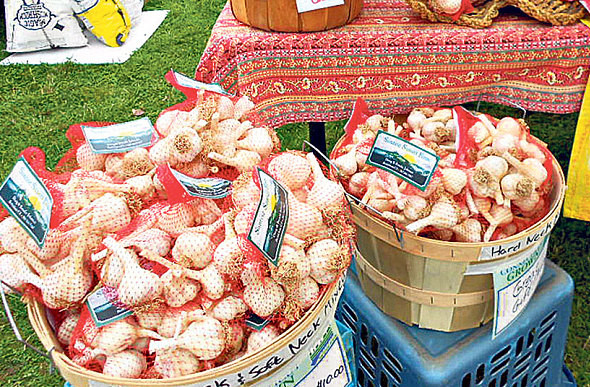 Inevitably, the Big Apple also takes its place in the American food calendar. The New York City Wine & Food Festival is a suitably glittering proposition which signs off the autumn in flamboyant style.

This year’s event will scatter its stardust on to Piers 92 and 94. Here, a Culinary Campus will host more than 500 celebrity chefs and the produce of 100 of the finest wineries in the (state of) New York. Tickets on sale on June 8.