The Secret's Out On Europe's Best National Parks

The Secret's Out On Europe's Best National Parks

Europe has a penchant for keeping its hidden gems secret. While countries on other continents eventually have theirs found and turned into popular tourist destinations, Europe's usually remain local knowledge.

Will Coldwell and Isabel Choat look to unveil some of the continent's greatest national parks that most foreigners wouldn't have heard of, but which all visitors should experience.

It may be one of the oldest protected areas in the Alps, but the wild lakes and mountains of Gran Paradiso national park often get overlooked by tourists, who are more likely to visit northern Italy’s more popular destinations: the lakes of Como, Maggiore and Garda. In the summer, visitors can hike up the mountains, taking in stunning views, and in winter clip on the skis for cross-country touring. 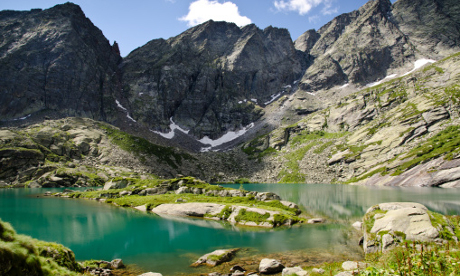 The Orco, Soana and Cogne valleys are great areas to explore, as are villages of traditional stone-built houses. There’s a wide range of accommodation in the area – with plenty for those who don’t fancy camping – and the park authority also offers a guide service.

Slovenia’s only national park, Triglav is a beautiful alpine expanse filling the north-western corner of the country. Although it’s easy to explore from the resort of Bled, a lakeside town just beyond the park’s border, you’ll get a better sense of its tranquility if you stay within it. 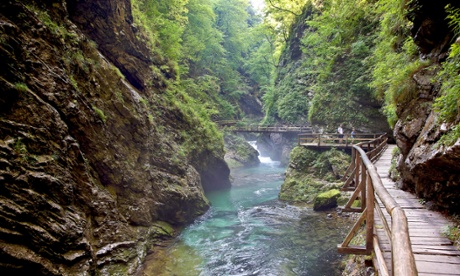 Lake Bohinj may not have a church on an island in the middle of it as Bled does, but it is far quieter and it is easy to find a snug place to stay in one of the Christmas cake-style wooden houses in the village beside it.

From there you can go on hikes, bike rides, canoe trips or just paddle in the clear water that reflects the peaks surrounding it. Taking the trails up to the top of the steep forested hills overlooking Bohinj will reward you with breathtaking views.

In Lapland near the Finnish-Russian border, Oulankanational park looks stunning all year round. The Karhunkierros trail that runs through it is Finland’s most popular hiking route; the full 80-kilometre trail can take up to seven days to complete – through forests and over rivers on wooden footbridges. 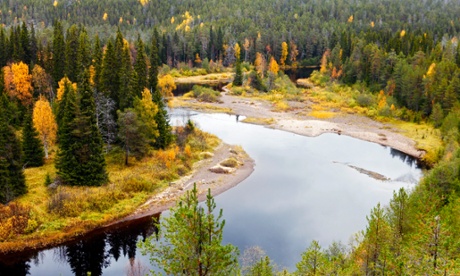 You can, however, stay overnight, for free, in the log huts dotted along the way. There are also canoeing routes through the rapids of the Oulankajoki river, as well as more easy-going, family-friendly routes to take downstream.

Established in 1956, the park is known for its reindeer and its diverse mix of natural features and rare plants. The pink-and-white calypso orchid, the emblem of the park, is scarcely seen elsewhere, but is common in Oulanka.

Wild Garrano ponies trot about freely in this national park in northern Portugal, and you can even arrange to hop on the back of a domesticated one for a tour through its oak forests and sierras. As well as being an area of natural beauty it has compelling remains of human occupation: a Roman road winds through the park, marked with 2,000-year-old milestones. 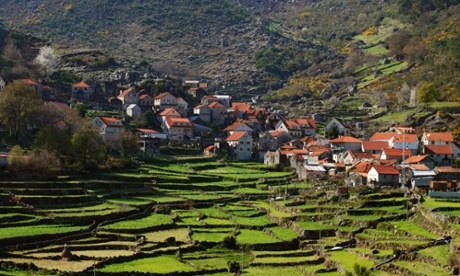 Serra do Geres is the park’s most popular settlement, where you’ll find pools to swim in. It’s also worth noting the date of your visit: every Friday 13th, the village of Montalegre, just beyond the park’s eastern border, enjoys the Noite das Bruxas, a street party fuelled by queimada, a local liqueur drunk with honey.

Dramatic and unusual landscapes fill this region in eastern Germany (not Switzerland), which has more than 700 summits for rock climbers and hundreds of kilometres of marked hiking trails. The park’s prime attraction has to be the Bastei, a rock formation towering 194 metres above the river Elbe and linked by a sandstone bridge that cuts through it. 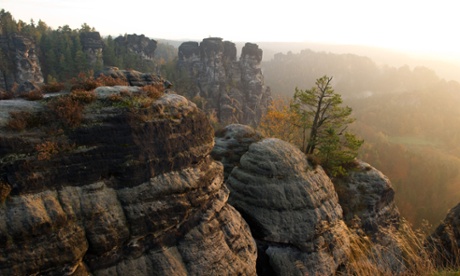 The 112-kilometre Malerweg trail is a well-trodden route, through a landscape famed for inspiring painters and artists. The park also extends into the Czech Republic. This section, called Bohemian Switzerland, has its own geographical oddity in the form of the Pravcicka brana, Europe’s largest natural sandstone arch.

Australia's got it's own pristine national park. Up To My Axels In Adventure On Fraser Island

Find nature across the Tasman. An Unsung Road Trip Through The Glacier Country

Things you won’t find in Sarek: marked trails, cabins, cafes, other people. Things you will find: about 100 glaciers, six of Sweden’s highest summits and white-water rapids. The tourist board advises good map-reading skills and knowledge of this type of terrain for those who want to visit. 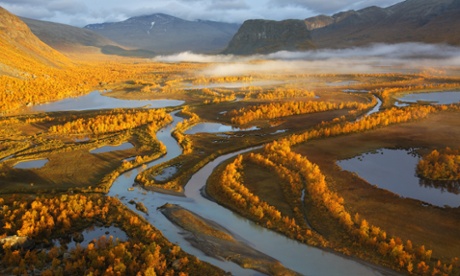 Sarek consists of 2,000 square kilometres of untouched natural habitat, making it a natural playground for experienced adventurers. Still, it’s possible to join a trekking tour in order to have an experienced guide for your trip across one of Europe’s last wildernesses.

Four-fifths of Kalkalpen national park is given over to forest, forming the largest forested region in central Europe. Cutting through the dense trees are rivers, canyons and gorges, popular with rock climbers, as well as cyclists, walkers and skiers. 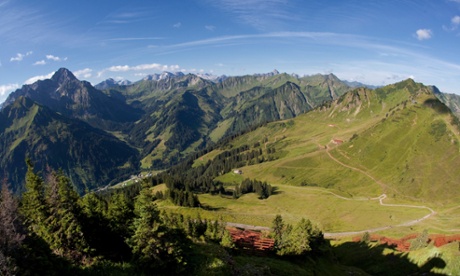 Despite its striking natural beauty – which you can absorb in all its panoramic glory from the 21-metre Wurbauerkogel viewing tower near the town of Windischgarsten – the park is relatively unknown. The park authority offers guided tours from rangers who can take you into the heart of the forest and help you spot some of its wildlife, ranging from pygmy owls to black grouse and their elaborate courtship ritual.

Even the non-national park bits of the Nordland region of Norway are spectacular: flying or sailing into Bodo airport takes you along the dark, jagged edge of the country’s coastline, but Rago itself is a particularly impressive sight to behold. 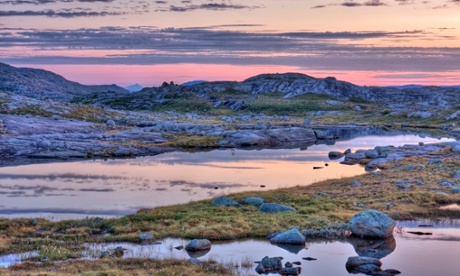 One of the highlights is the Litlverivassforsen waterfall, which tumbles off the edge of Litlverivatnet lake. There are trails to follow, as well as cabins to pitch up in at night, and nearby Sjunkhatten and Junkerdal national parks are also within easy reach for those who want to explore further.

Port-Cros is the smallest of the three Iles d’Or off the Cote d’Azur. Just one kilometre wide and three long, its hilly, wild terrain is crossed by signed trails and its ridges provide fantastic views of the sparkling sea. Its protected status extends 600 metres around the coast so the clear waters are rich in protected marine life – snorkellers can even follow an underwater trail. 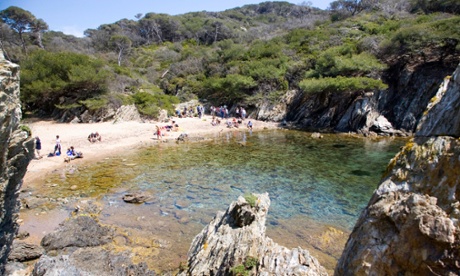 Car and bike-free Port-Cros is accessed by ferry from the Giens peninsula, as are its sister islands, Porquerolles, and Levant, the latter said to be the birthplace of European nudism.

The Giens peninsula is extremely popular among French tourists – who descend on the many campsites and holiday villages in July and August – but off the British radar. The nearest city is Hyeres, famed for its gardens and palm trees.

Spain’s oldest national park offers some of the best hiking in the Pyrenees yet it is little-known beyond the Spanish border.

“It’s amazing it is not better known among British walkers,” says Phil James, a British mountain guide based in the area, who runs Hike Pyrenees, offering guided and self-guided holidays. “It’s one of the most spectacular areas in Europe. If it was the Alps, it would be teeming with Brits.” 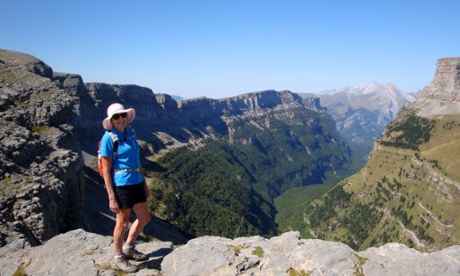 Famed for its three kilometre-deep glacial valleys, all coming to a head at the 3,355-metre Monte Perdido, it has trails for all levels, including paths along sajas, natural ledges in the limestone – some just a metre-wide.

Most walks start at the Pradera, an information point in the Ordesa valley, where there is a car park, and where shuttle buses from nearby Torla drop walkers. Late June and early July are the best months to see the park’s abundant flora.

Visit your local Flight Centre or call 131 600 for more travel advice and the latest travel deals.

This article was written by Will Coldwell and Isabel Choat from The Guardian and was legally licensed through the NewsCred publisher network.