10 Best Ways To Enjoy Paris On A Budget

10 Best Ways To Enjoy Paris On A Budget

Paris - the 'City of Light' - is justifiably known as one of Europe's and the world's most expensive cities to visit, home to high-end boutiques, opulent hotels and fine dining that is hard to believe.

However, along with the luxury Paris also offers a host of attractions that won't max out your credit card, making it very feasible for budget-savvy travellers to enjoy the city. Here are 10 of the best ways to explore Paris on a budget.

Take Advantage Of The Water

Every summer the city creates 'fake' beaches with huge plots of sand around the Seine and the Bassin de la Villette.

Dubbed Paris Plages, this year it began on July 20 and is open every day, free of charge, from 9am to midnight. Activities (some of which you have to pay for) include volleyball, pedal boats, rowing, archery and street tennis.

A similar idea is Les Berges de Seine, a stretch of the Left Bank between the bridges Pont Alexandre III and Pont du Carrousel that hosts a floating garden, outdoor bars, playgrounds, art installations and many free events, such as fitness classes and gardening workshops.

The tight-knit community and colourful houses give a village feel to this southern neighbourhood in the 13th arrondissement. Home to many artists and a family-friendly haven for street art, Butte aux Cailles has many high-quality, but inexpensive, bars and restaurants. 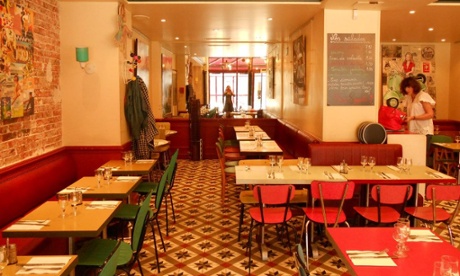 Enjoy A Museum For Free

On the first Sunday of the month, visits to permanent collections in national museums are free. The Louvre always has a long queue but Paris has 173 other museums to choose.

Explore the city’s history in a magnificent building dating back to the Renaissance at the Musee Carnavalet on Rue des Francs-Bourgeois, or learn about the middle ages at the Musee de Cluny, which is on top of Roman ruins that wildly contrast with their surroundings in the middle of the bustling 5th arrondissement. 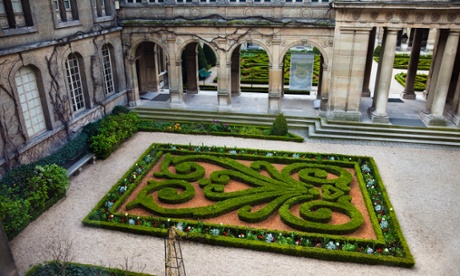 Finding souvenirs unique to Paris doesn’t have to be pricey: many tourists believe that the Marche aux puces de Saint-Ouen is the headquarters of Parisian antiques but those in the know (and in the business) go to the Marche aux puces de la porte de Montreuil (on Avenue du Professeur Andre Lemierre) or Vanves for art, furniture and vintage trinkets.

Dealers often sell their goods cheaper at these two flea markets before raising the prices at Saint-Ouen.

If strolling around the elite galleries of the Marais or Saint-Germain-des-Pres inspires you to invest in art, check out the squat 59 Rivoli, where artists work and sell their creations.

Just walking up the spiral staircase covered with murals is a worthwhile experience. 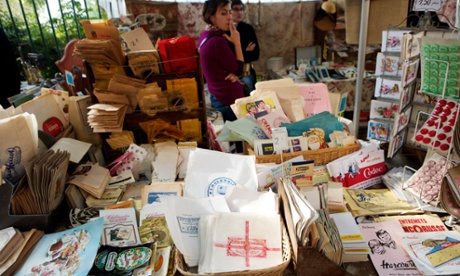 Sleep In A Warehouse

Once upon a time, Halle Pajol was an old warehouse for the national railway; today, it’s home to shops, a greenhouse, a library, a concert hall, and the Yves Robert hostel. 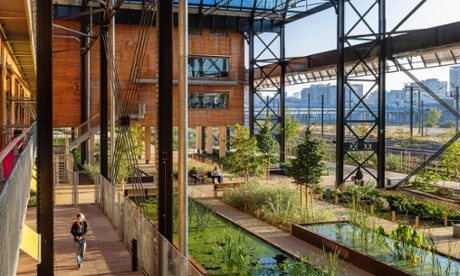 Take The Kids To The North-East

The 19th and 20th arrondissements have a reputation for graffiti and edgy bars but, during the day, they provide great spaces for kids to play.

The Parc de la Villette has several unusual playgrounds, such as an 80-metre dragon whose tongue becomes a slide, the Cite des Enfants children’s museum - adults €12 (A$17.50), kids under 6 €3 (A$4.50) - a merry-go-round, and holds frequent festivals and free movie screenings.

The Parc de Belleville has a fun, inventive playground with slides that lead to hidden locations and a small climbing wall, as well as a beautiful view of Paris. Parc des Buttes-Chaumont delights children with its waterfall, babbling stream, its imitation-Greek temple perched on an island and its puppet shows (tickets €4 - A$5.50) at the Theatre Guignol Anatole. 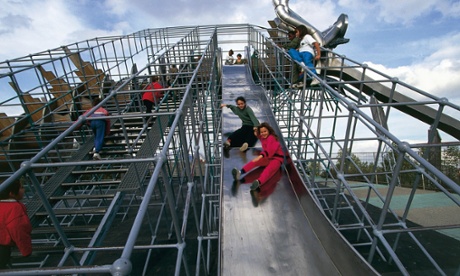 Paris can feel cramped and polluted during the summer. Seek refuge in either (or both) of the two largest parks in Paris: the Bois de Vincennes is beautifully designed around a lake with a pseudo-Greek temple on one island and a Buddhist temple on another.

The other park is the Bois de Boulogne and, at more than double the size of Central Park in Manhattan, it feels more like a forest.

It has an adult fitness playground, two horse-racing tracks (Hippodrome de Longchamp and Hippodrome d’Auteuil) that Hemingway used to frequent, greenhouses with exotic plants and mini-parks, such as the Parc de Bagatelle, featuring free botanic gardens and a guided chateau visit for €8 (A$12). 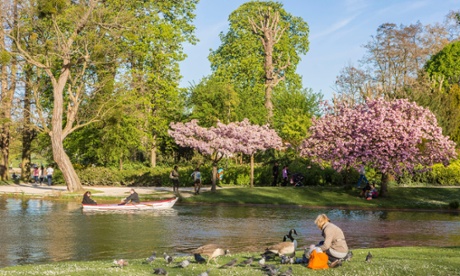 Paris is not usually known for its sangria, but 10 Bar is famous with students and regulars of the 6th arrondissement for its €3 (A$4.50) drinks and (working) jukebox.

After a few glasses, join the people who flock to Quai Saint-Bernard in the neighbouring 5th arrondissement to enjoy salsa, swing, tango, traditional French folk dances and more at the Festival des danses sur Seine.

Entry is free; you simply wander on to the quai on any night during July and August.

If it’s raining, opt for live music at Le Truskel, an innocuous-looking bar, on Rue Feydeau, known for its free concerts starring musicians before they get famous; Pete Doherty, Franz Ferdinand, Bloc Party and Metronomy all played here. A pint costs €6 (A$9). 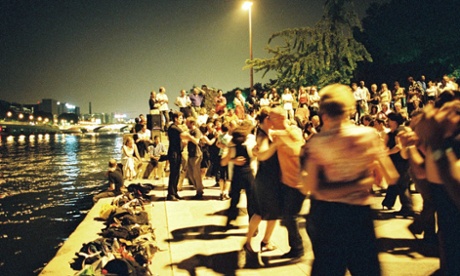 It can be a hassle to find a quality, affordable restaurant among the tourist traps but there are beacons of hope. Cosi in Saint-Germain-des-Pres (Rue de Seine 54) makes fresh salads, soups and sandwiches from €6.50 (A$9.50) while opera music plays in the background. All its bread is made before your eyes in a brick oven.

In the Marais, try the Marché des Enfants Rouges on Rue de Bretagne; it’s Paris’s oldest market, where delicacies from all over the world share space with French produce. The Moroccan stand boasts some of the best tagine in the city for about €10.50 (A$15.60). 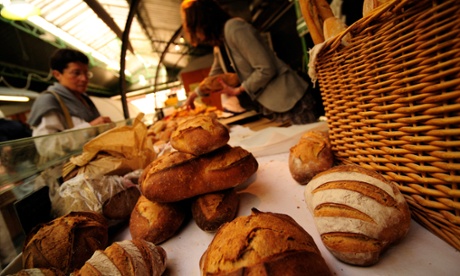 If you can’t afford a journey to the south of France, the Parisian commuter rail, the RER, travels to many towns that have great village vibes. The RER A goes from Paris’s central station Chatelet to the cobblestone streets of Saint-Germain-en-Laye in about 40 minutes, where a chateau with huge grounds and a vineyard await.

Its grounds, the Parc de Sceaux, are free to visit and were designed by Le Notre, who was the landscaper of Versailles. Here you’ll find a waterfall, an outdoor pool, art galleries, outdoor operas and many other activities. 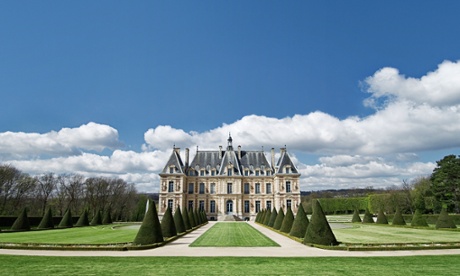 Free to visit … the château at Sceaux. Photograph: Alamy

Visit your local Flight Centre store or call 131 600 for more advice and the latest deals on travelling to Paris.

This article was written by Rozena Crossman from The Guardian and was legally licensed through the NewsCred publisher network.

Rozena Crossman is a bilingual writer based in the Paris area.
more articles from this author