It is Wales’ Year of Adventure in 2016, but the country isn't looking back now, constantly adding to its collection of heart-pumping experiences in a breathtaking land.

From the fastest zip-line in the world, to camping high above the ground, here are 12 highlights that are sure to enthral travellers in the years to come.

Snowdon is Wales’ tallest mountain, at 1,085 metres, and was where Edmund Hillary and Tenzing Norgay trained in preparation for their historic ascent of Everest.

Choose between six routes to the top: the Llanberis Path is the easiest on the legs, while Crib Goch is the most thrilling option, with plenty of knee-wobbling exposure along a stickleback ridge.

If your thighs ache just thinking of the climb, let the Snowdon Mountain Railway do the huffing and puffing and take a steam train to the summit. 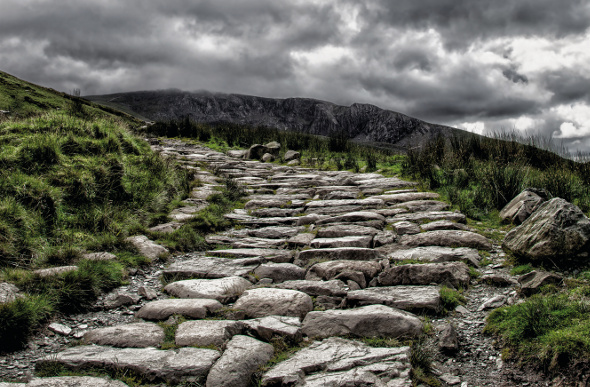 Choose the Crib Goch route for a more adventurous climb

If you came across a 176-year-old cavern that was once a slate mine and now lay disused, what would you do with it? Insert giant trampolines, slides and tunnels made out of netting so that people could bounce in a subterranean playground twice the size of St Paul’s Cathedral, of course!

Bounce Below is, as you may expect, the first facility of its kind on Earth, and there’s also Bounce Below Junior for three- to six-year-olds, so while you’re busy being a kid again, your actual children can amuse themselves too. 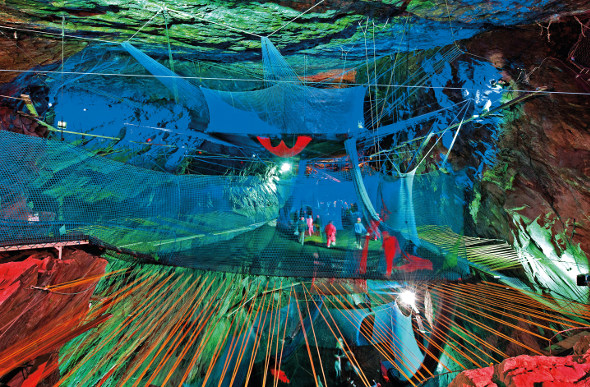 Bounce Below: An underground fun park

Zip World Velocity, in North Wales, is home to the longest zip-line in Europe and the fastest in the world. Start off on confidence builder the Little Zipper, which zooms at a gentle 70 kilometres per hour.

An off-road journey through what was once the largest slate quarry in the world then takes you to the start of the Big Zipper.

Fly head-first for just over 1.5 kilometres, exceeding speeds of 160 kilometres per hour, down a mountain and straight over a cliff, with views as far out as Ireland. 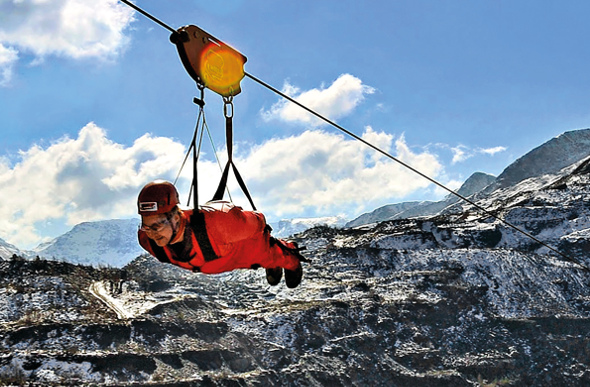 Time for some liquid refreshment? Coasteering hits the spot. Homegrown in Wales, coasteering can involve rock-hopping, shore-scrambling, cliff-jumping, swell-riding and cave-exploring – more often than not, a combination of all the above.

The sport was invented in Pembrokeshire – clean seas and plenty of natural diving boards and caves make it an aquatic adventure playground.

Abereiddy in North Pembrokeshire has good coasteering conditions and some of Wales’ friendliest seals, which are unfazed by humans flinging themselves with gusto into the water.

Go with an accredited operator, who will provide helmets, wetsuits and buoyancy aids; for kids aged eight and over. 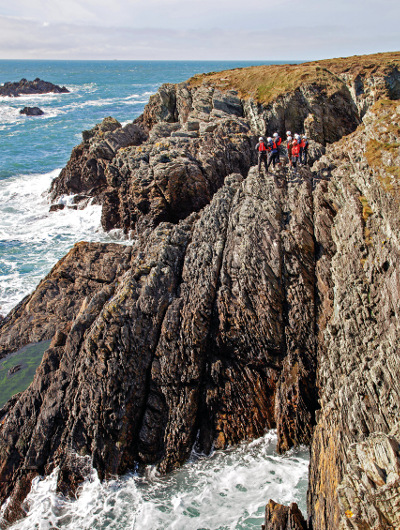 Coasteering is one of Wales' most adrenalin-pumping activities

5. Race A Horse, Snorkel In A Bog, Charm A Worm

When it comes to events, Wales has some pretty eccentric options. One of the strangest is the World Alternative Games, a biennial affair. Over more than two weeks, you can take part in bog-snorkelling, wife-carrying, bath-tubbing, stiletto-racing, worm-charming, backward-running and more.

The WAGs take place in Britain’s smallest town, Llanwrtyd Wells. In 1980, the townspeople decided to put their home on the map by staging wacky events and inviting people to join in. They held the first ‘Man vs. Horse’ that year and haven’t looked back since (except when backward running). 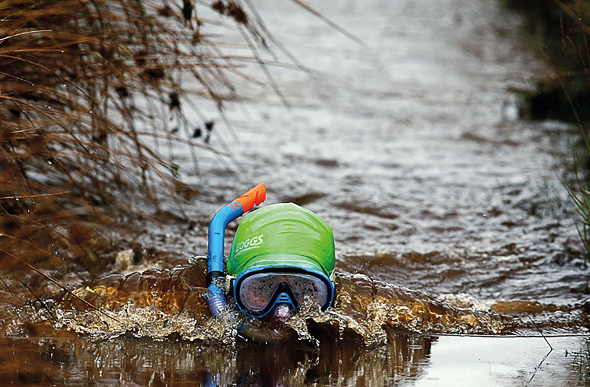 Bog-snorkelling at the World Alternative Games

6. Speed Through 50 Shades Of Black

Daredevil riders, pedal this way. Bike Park Wales is a mountain bike park in the South Wales valleys that was lovingly built by riders for riders.

There are beginner, intermediate, advanced and expert trails – some of the latter category’s runs include ‘Dai Hard’, ‘Rock ’n’ Roll’ and ‘50 shades of black’.

It’s the only UK venue where professional trail crews maintain and build new trails all the time, and you can hire a range of bikes suitable for children, novices and hardcore two-wheel adrenaline-junkies alike. 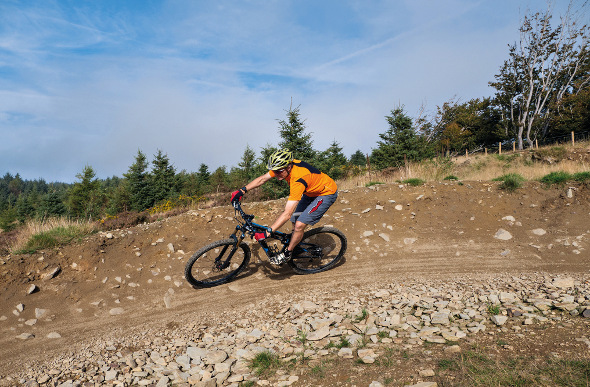 7. Escape To The Islands

The Isle of Anglesey, in Wales’ northwestern corner, offers adventures aplenty from coasteering to sea-cliff climbing. For a high-octane ride, take a Bear Grylls RIB Boat to spot puffins and to admire perfectly symmetrical Beaumaris Castle from the water.

Anglesey is one of Wales’ most romantic hangouts – the Duke and Duchess of Cambridge lived here as newlyweds – so take your darling on a stroll to Llanddwyn Island, named after the Welsh patron saint of lovers, St Dwynwen.

You’ll hear more Welsh around these parts and if you want to practise, try asking for directions to the village of Llanfair-pwllgwyngyll-gogery-chwyrn-drobwll-llan-tysilio-gogo-goch. 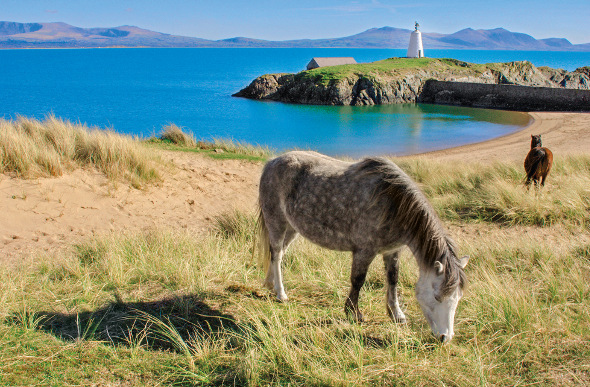 There are 641 castles in Wales, more per square kilometre than anywhere else in the world. Many were the site of audacious battles, while others are better known for feats of adventurous architecture.

If you visit only one, go for the largest. Caerphilly Castle, just north of Cardiff, is surrounded by a moat and looks as though it is daring anyone to just try and attack – check out the four replica siege engines that are primed and ready to repel marauders. 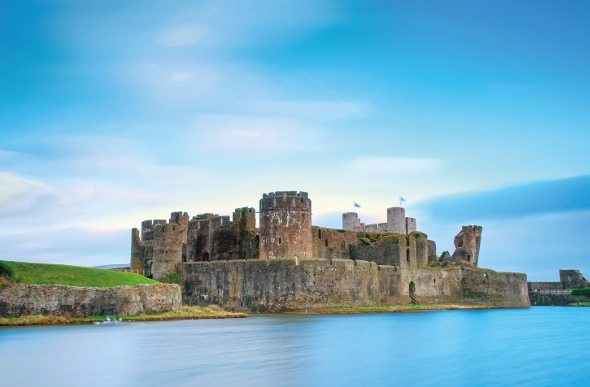 Caerphilly Castle is a formidable fortress

When in Wales, eat and drink locally – and adventurously. A true Welsh breakfast includes laverbread, made from seaweed found clinging to rocks, commonly served with eggs, bacon and fresh cockles.

The Pembrokeshire Beach Food Company sells a dried version they call ‘Welshman’s Caviar’ (after the actor Richard Burton’s description of laverbread), which you can buy in delicatessens all over Wales.

Fancy something stronger? Try Da Mhile seaweed gin. Made in Ceredigion, West Wales, the distillery runs fabulous tours and tastings. (Pop into Teifi Farmhouse Cheese next door and bag yourself some Celtic Promise – the most highly awarded British cheese there is.) 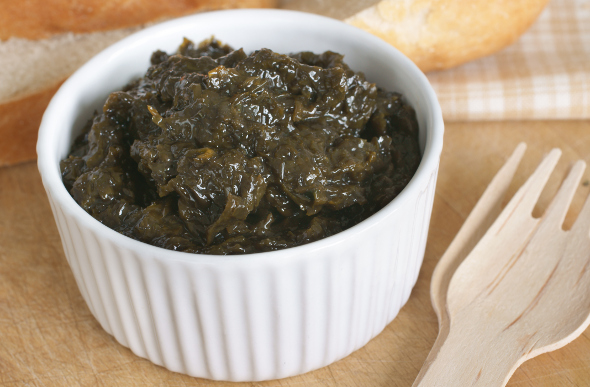 Laverbread is a Welsh delicacy

10. Make An Appointment With The Doctor

The Doctor Who Experience will delight ‘Whovians’ of all ages with its hair-raising, interactive adventure through space and time, during which you’re accompanied (albeit virtually) by none other than Peter Capaldi as the Time Lord.

See costumes and incredible sets from 50 years of the popular TV series, which is filmed in Cardiff at the BBC Studios and around the city. You can also book walking tours and, when filming isn’t on, join a TARDIS tour. 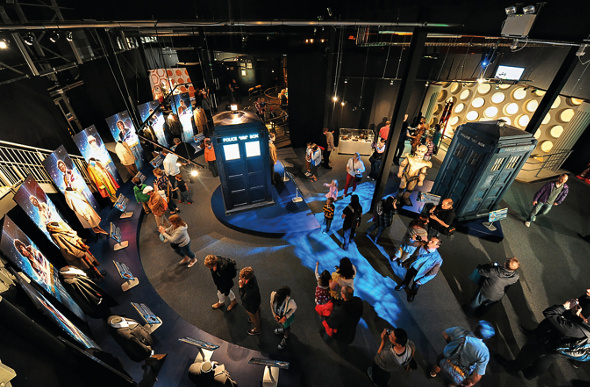 See the TARDIS at The Doctor Who Experience

Who knew going on a narrowboat could be buttock-clenchingly terrifying? The Pontcysyllte aqueduct – also known as the ‘stream in the sky’ – transports the Llangollen Canal at a whopping height of 38.4 metres for 307 metres and you can glide across it on Eirlys, the narrowboat.

Dare yourself to look down the side of Britain’s largest aqueduct, and admire the River Dee and lush Dee Valley beneath.

There’s also a restaurant boat – ‘Tommy’ – for those who want to be distracted from vertigo with a four-course meal. In case you’re wondering, it’s pronounced ‘pont-cuss-ulth-teh’ and means ‘the bridge that connects’. 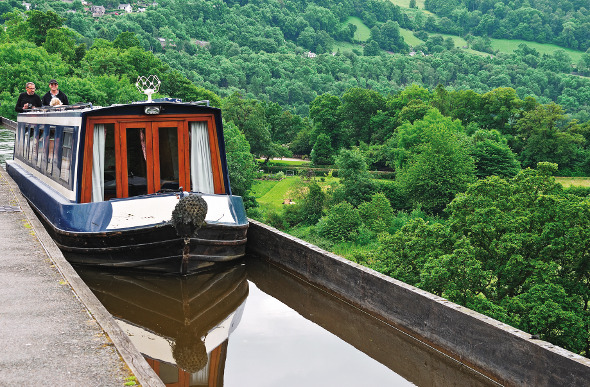 Experts suspend a Portaledge – a shelf of sorts, made of super-strong textiles and big enough for two to sleep on – down a cliff in North Wales and teach you how to rock-climb down to it.

After a hearty meal on your perch, sleep to the sound of the waves and wake up to coffee and bacon baps delivered to your ‘bedroom’. 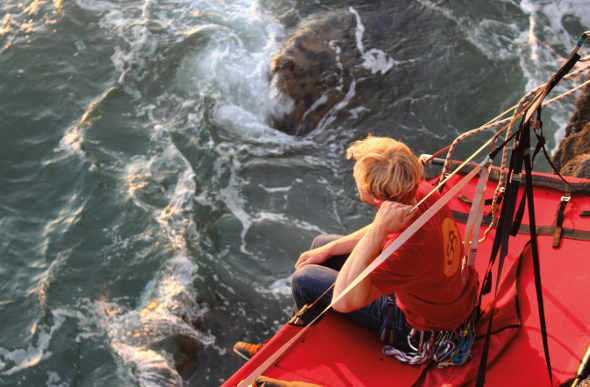 Rock climb and sleep above the world in North Wales