In a pocket of the western United States, the land erupts in ochre-coloured formations and falls away in yawning chasms. Deserts blaze and forests soothe, rivers rush and streams babble. Sacred sites abound and adventure awaits the intrepid.

Set foot in this land and you will be agog at the scenes before you. Visit in winter, with a dusting of snow, and see it anew. Here are four grand vistas that give the meaning to awe-inspiring.

This one hardly needs an introduction. Grand is far too small a word for such a masterwork of nature – Arizona’s colossal canyon carved over millennia by the Colorado River, which seems a mere trickle when viewed from the canyon rim. 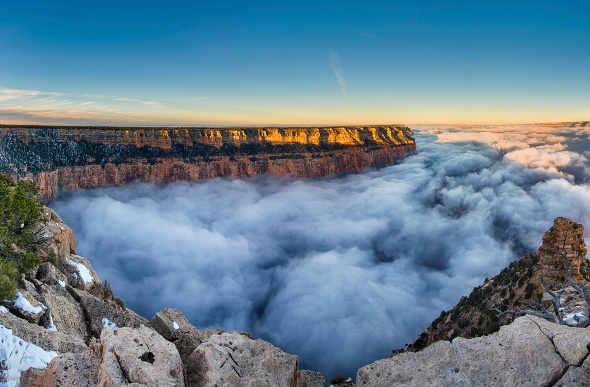 Hike down into it, raft through it, fly over it, walk or drive around it, ride a mule within it, you’ll never tire of the view. But don’t forget to look up – the stars in this part of the world offer their own grand vista, and are the focus of an annual Star Party each June, where visitors can explore the heavens with the help of amateur astronomy groups.

And don’t forget to try out the Grand Canyon’s Skywalk – a horseshoe-shaped glass walkway that extends about 20 metres out from the rim. It is managed by the Hualapai Tribe and located on tribal lands at the far western end of the canyon, about a five-hour drive from Grand Canyon Village on the South Rim. 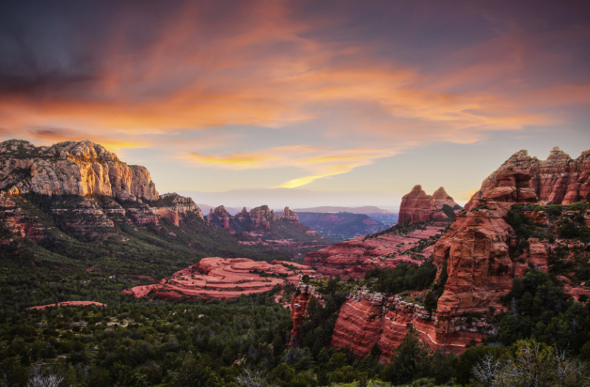 Many companies offer vortex tours, or you can hire a car and drive yourself. The Cathedral Rock vortex is a popular one, said to strengthen your feminine side. But if the earth doesn’t move, don’t despair – the spectacular sight of Cathedral Rock itself is uplifting enough, changing colour in the setting sun.

You can also soothe your soul in Oak Creek Canyon (the town of Sedona sits at one end), with its sheer sides, streams and waterfalls; or visit the nearby remnants of cliff dwellings. And the town of Sedona holds film festivals, music festivals, a wine festival, a yoga festival and a marathon, in the unlikely event you should ever tire of the views.

Forget the zoo: Close Encounters Of The Wild Kind

When you see the hand and toe holds carved into the cliff face at Mesa Verde (Green Table), you won’t believe that people once clambered to their cave homes as if they were living in a high-rise apartment building. This stunning set of centuries-old stone dwellings built within towering rock walls in the southwestern corner of Colorado will leave you flabbergasted by a long-ago way of life. 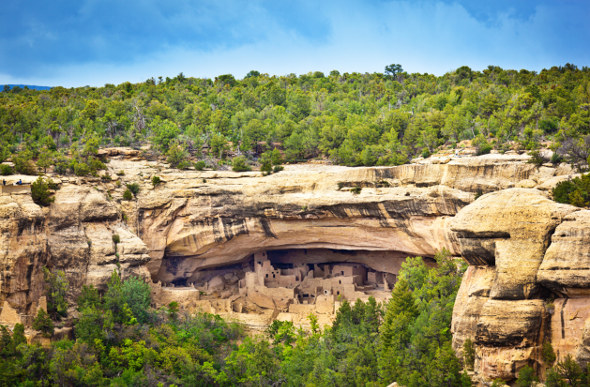 Mesa Verde National Park, a World Heritage site, houses more than 600 cliff dwellings, which were home to the ancestral puebloans from AD 600 to 1300, and housed more than 1,000 people at the community’s height. You can take seasonal tours of some of the dwellings, although the magnificent Spruce Tree House is temporarily closed after a recent rockfall.

The US National Park Service recommends spending at least four hours at Mesa Verde (two hours of which will be driving in and out of the park) which will give you time to stop at the Mesa Verde Visitor and Research Centre (where you can purchase tickets), as well as one of the dwellings.

As you drive through this landscape of buttes and hoodoos along the Utah-Arizona border, don’t be surprised if you need to keep pulling the car over to gape in wonder at its awesome beauty. The sandstone pinnacles of rock rise red and copper from the valley floor, reaching heights of up to 300 metres. You might think you’ve seen them before – they have appeared in many movies, most notably the John Ford westerns dating back to the 1930s, as well as Easy Rider and Forrest Gump. 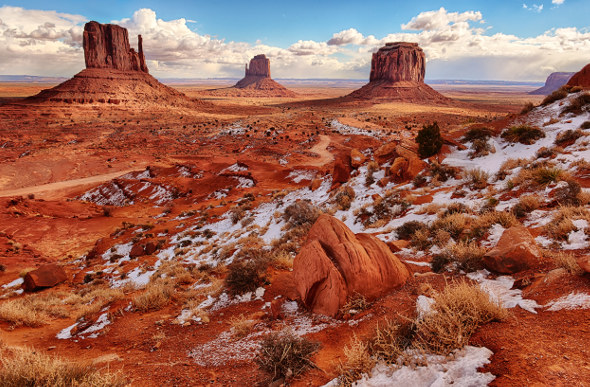 Mittens in the snow at Monument Valley. Picture: Getty Images

This is Navajo country, and the monuments hold spiritual significance, including the East and West Mitten Buttes, which signify spiritual beings watching over the land; The Hub, which the Navajos see as a fireplace in the centre of a gigantic Hogan (Navajo home); and the Rain God Mesa, which contains a natural aquifer.

You can see the monuments on a 27-kilometre scenic drive. There is also a short, two-hour hike around the ‘mittens’ on the Wildcat Trail, plus a nearby campground.