Away from the jingling slot machines, flickering lights, bombastic buffets and disorienting carpets of Las Vegas’ casinos hides a curious collection of artifacts that tell the tales of mobsters and movie stars, bodies and bright lights, nuclear bombs and ill-fated voyages. So cash in your chips and take a walk on the desert city’s weirder side with these six unusual museums. 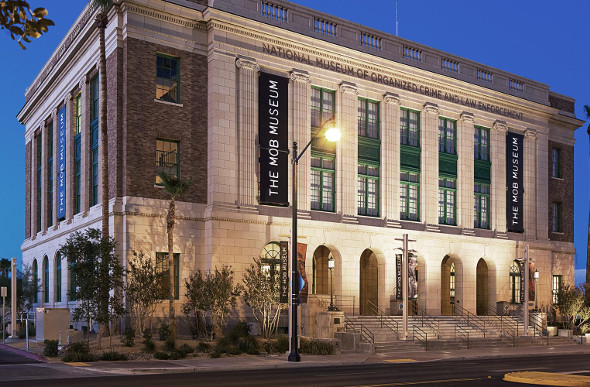 As imposing as its subject matter. Picture: The Mob Museum

The Mob Museum promises an insider’s look at organised crime from the birth of the Mob right through to today’s headlines. Learn about Hollywood and the Mob, plus big names like Al Capone, Lucky Luciano and Bugsy Siegel (who put the desert city on the map). Try simulated law enforcement training, take your place in a line-up, see real Mob hearings on TV, and learn about the Mob’s greatest ‘hits’.

A collection of neon signs from Vegas’s early heyday have found a home at the Neon Museum and Boneyard. Wander through more than 200 signs in the outdoor Boneyard, visit the visitors’ centre inside the distinctive former La Concha Motel lobby, or check out the Urban Gallery, which houses more rescued signs and is popular for photo shoots. The museum also has artists in residence, hot yoga classes, and you won’t want to miss next year’s Boneyard Ball, billed as a vintage Vegas soiree. 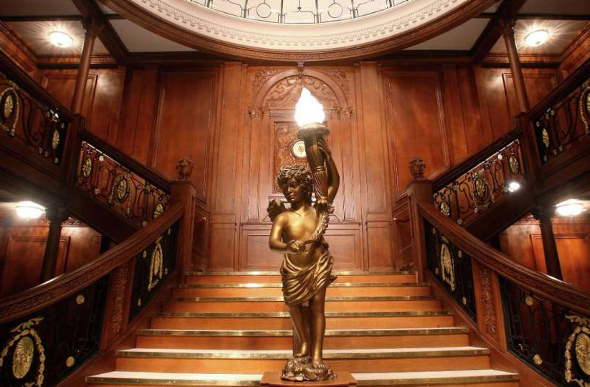 Sections of the Titanic have been carefully recreated. Picture: Luxor

While not a museum in itself, the Luxor Hotel and Casino has two great exhibitions that are worth a mention. The first, Bodies ... The Exhibition, showcases 13 real preserved human bodies and more than 260 organs and partial body specimens. View cross-sections; skeletal, muscular, respiratory and circulatory systems; and more. The second, Titanic: The Artifact Exhibition, has more than 250 items recovered from the wreck of the ill-fated ship, such as luggage, whistles, and an unopened bottle of Champagne; as well as recreations of first and third-class rooms.

This Smithsonian-associated museum tells the story of the United States’ nuclear weapons testing program at the Nevada Test Site. See the nuclear reactor used to develop the nuclear rocket and first air-to-air missile; personal atomic weapons (aka the Backpack Nuke); and experience a Ground Zero Theatre simulation of an above-ground test. The Area 51 exhibit has been developed with the help of the people that worked there. The truth is out there ... 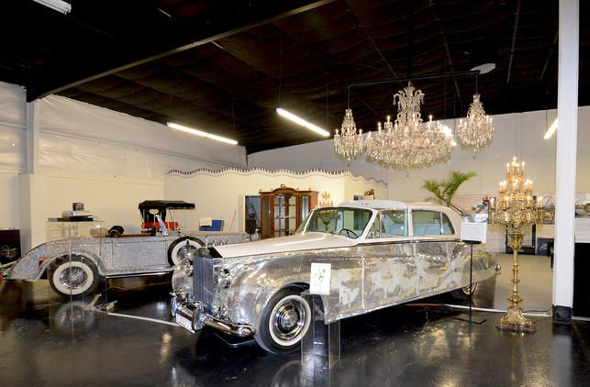 See legendary cars you know from the movies, such as RoboCop and Back to the Future, at the Hollywood Cars Museum. Other big drawcards include James Bond’s Lotus submarine car, Herbie the Love Bug, Chitty Chitty Bang Bang, General Lee from Dukes of Hazzard and cars from The Fast & the Furious. It also houses the newly opened Liberace Garage (the Liberace Museum closed a few years ago), as well as a bunk-bed hot rod and a pink hot tub convertible limo.

When you get tired of the slot machines and gaming tables, head down for some cheap thrills at the world’s largest collection of pinball machines, featuring games from the forties to the noughties. All the machines are available to play, for as little as a quarter. Try your hand at 1947’s Heavy Hitter, 1978’s Mata Hari, 1994’s Guns N Roses, or 2008’s Shrek.