Discovering DC – 6 Highlights Of The US National Capitol

Discovering DC – 6 Highlights Of The US National Capitol

My trip to Washington DC was a patriotic pilgrimage of sorts. It's one of those things that every American should probably do at least once in their life. I suppose I half expected a horizon filled with flags and days filled with the most iconic national monuments, memorials and museums. What I discovered, though, was something quite different.

Sure the White House casts an imposing facade over Pennsylvania Avenue and US flags do indeed majestically flutter in the breeze even on the stillest of days. It's hard not to feel a tinge of national pride when you're standing at the foot of President Lincoln looking over the Reflecting Pool, but I assure you there's more to the city than that.

'The District' is a thriving cultural centre. It's delightfully diverse with plenty of hotspots that will appeal to visitors of all nationalities. From food fanatics to nature lovers, here are six DC highlights that go beyond patriotism. 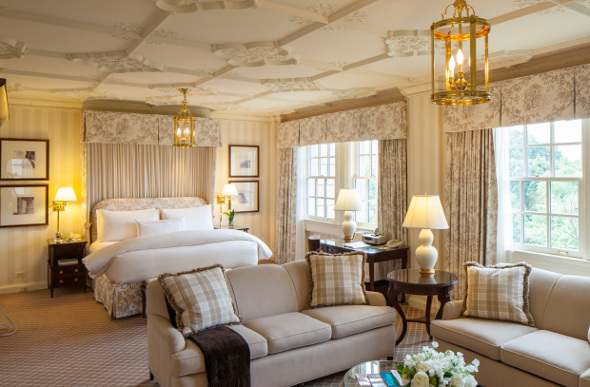 The suites at the Hay-Adams Hotel have hosted some of the world's most powerful figures.

Why not kick your holiday in DC off by tapping into the local history of the city? One of the best ways to do this is with a historic hotel.  As you can imagine there are more than a few to choose from, providing all pocket sizes the opportunity to follow in the footsteps of some of the world's most famous figures. Perhaps one of the most well-known (and luxurious) is the Hay-Adams hotel across from the White House. It has hosted everyone from Amelia Earhart to Barack Obama (prior to his inauguration).

Alternatively, the Omni Shoreham offers a 3.5-star staying option that has seen the likes of Frank Sinatra, The Beatles and Hillary Clinton. It even has its very own Ghost Suite, reportedly haunted by the original owners' daughter and maid who both passed in the room. 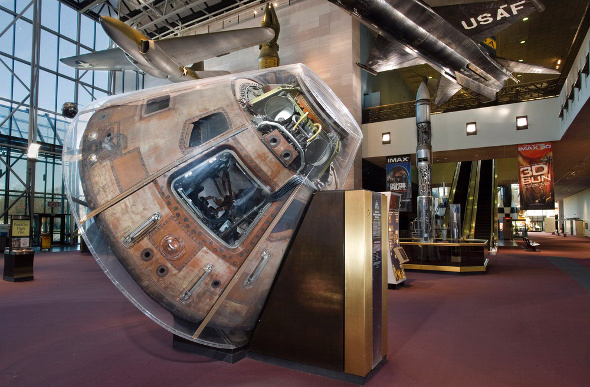 Could you fit into that tiny capsule?

The Smithsonian Institute is made up of 19 different museums and galleries, and while most first time visitors will head straight for the National Museum of Natural History, it’s worth skipping the crowds and heading to the National Air and Space Museum first. It holds the world’s largest collection of historic aircraft and spacecraft with such highlights as the Apollo 11 command module. You may have a new found respect for space travel when you see firsthand the tiny capsule those astronauts have to squeeze into. Oh yeah, and this museum is free to enter.

Discover upcoming exhibits in the capitol. Mad Men Lives On With Exhibit in Washington DC 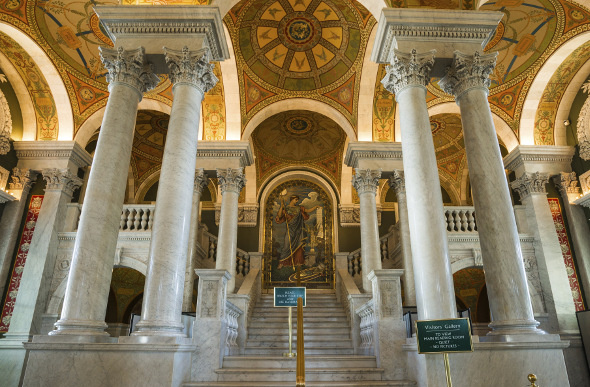 The Library of Congress is surprisingly beautiful (Image: Getty)

Another freebie, this one is not just for the bookworms out there. Sure, it's the world's largest library with more than 800 miles of shelving and 37 million books and other print materials in 470 different languages, but it also happens to be an architecturally stunning building.

The interiors are known as some of the most impressive in the nation with works completed by key sculptors and painters of the American Renaissance period.  A one-hour guided walking tour is available at no charge, or simply wander the Thomas Jefferson Building and be at one with the literature of the world. 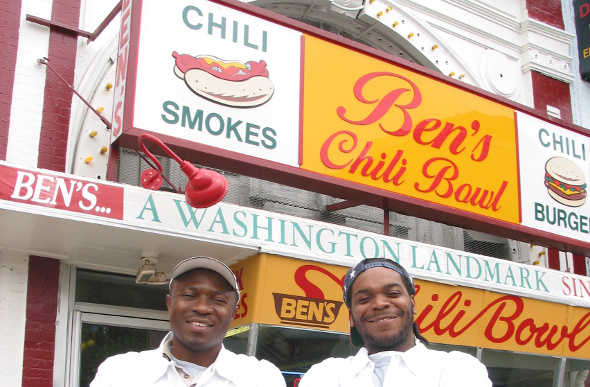 It would be remiss to visit the city and not delve into some of its signature dishes. There are plenty of local haunts to choose from, but if you want to get to the soul of DC, head straight to Ben's Chili Bowl. This little eatery has been serving up burgers and dogs slathered in their famous chili con carne since the 1950s. It's a reported favourite of President Obama. If it's good enough for the president, it's certainly worth a try.

Not to be outdone, Old Ebbitt Grill holds the title as being the city’s oldest restaurant. As you can imagine, having opened its doors in 1856, it has hosted plenty of dignitaries and notable names. It's said that President McKinley was a regular as were Ulysses S Grant, Andrew Johnson, Grover Cleveland and Theodore Roosevelt. It has changed locations a handful of times, and now stands just steps from the White House. 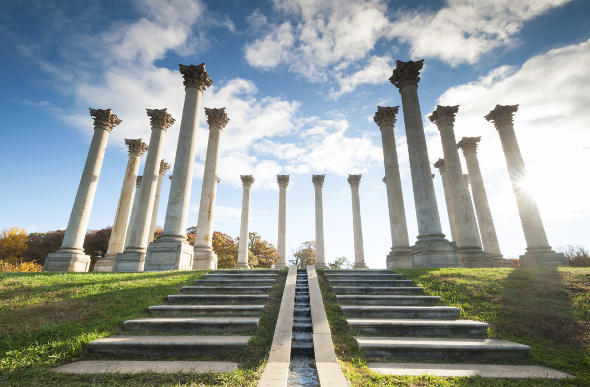 There are unique surprises hidden throughout the US National Arboretum (Image: Getty)

If you’re in your element in outdoor spaces, the US National Arboretum should not be missed.  Encompassing more than 440 acres of land, there are several collections and gardens connected by nine miles of roadways. Convene with nature among the flowering tree collection, or marvel at the miniature beauty of the bonsai collections.

Being the nation's capital, this beautiful natural space isn't without a couple of historic surprises. This includes the National Capitol Columns that originally held up the East Portico of the US Capitol before being removed for expansion in 1958. 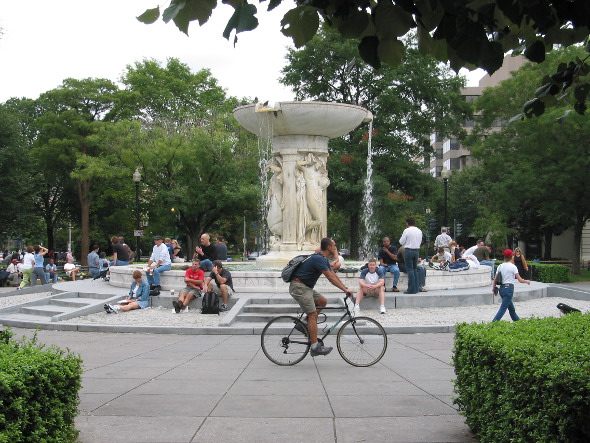 Do as much or as little as you like at Dupont Circle (Image: Destination DC)

Dupont Circle is known as many things: a park, a gathering space, a historic district that sits at the crossroads of five iconic streets. It's a spot where locals and visitors can mingle while eating, shopping, sightseeing or simply sitting in the sun and enjoying the activity all around. Along with a series of impromptu and scheduled events, Dupont Circle comes alive every Sunday for the weekly Farmer’s Markets. From handicrafts to local produce, there are plenty of stalls to explore. You can even check out cooking demonstrations put on by the city’s top chefs.

Visit your local Flight Centre store or call 131 600 for more advice and the latest deals on travelling to Washington DC.