7 Unmissable Ski Destinations Around The World

7 Unmissable Ski Destinations Around The World

Whether it's the unparalleled brilliance of the slopes, adventurous off-piste terrain or the great nightlife, each of these ski resorts deserves a place amongst the world's magnificent seven. If you're a skier, snow boarder or simply a snow-lover, you'll want to visit one of these seven when the powder is falling.

The Aussie love affair with Niseko is showing no signs of abating. We’re going there for the powder snow, with an annual average snow depth of 15 metres. The snow is light and dry and it’s not unusual to have it fluffing up over your knees. Part of the appeal is that the slopes are not too difficult and therefore the powder is manageable.

Since it came on to the Aussie radar around the turn of the century, Niseko has developed into a world-class resort. There are four inter-linked ski areas, and cultural delights such as izakaya and onsens. Flight time is about nine hours from Australia. 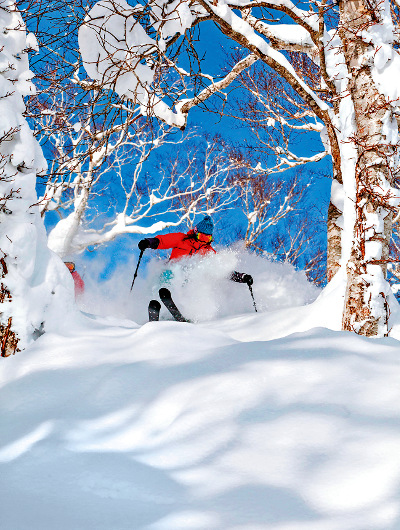 Many say this is the best ski destination in the world for its combination of slopes, fascinating shops and characters. You really will see the cliched well-to-do lady in a fur coat as she walks her poodle, and the occasional movie stars (although you may not recognise them behind goggles and helmet).

But there’s more to Aspen than star appeal. It has world-class food and accommodation that constantly rates its socks off. There is also an indefinable ambience, an enviable mix of mountain/cowboy chic, an artistic core, and an outdoor culture. Oh, don’t forget the four oustanding ski areas: Aspen, Buttermilk, Snowmass and Highlands. 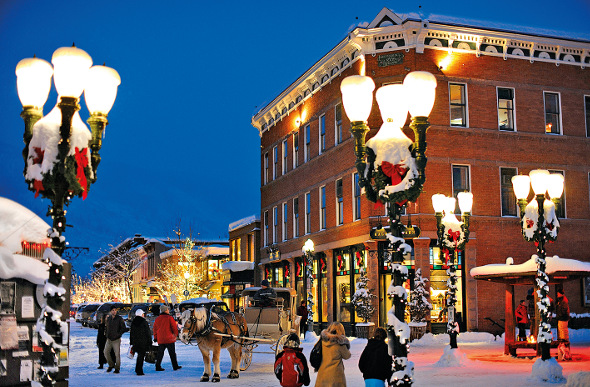 Head downtown in Aspen for quality shopping and dining

This Colorado resort is vast, with 2142 hectares of skiable terrain. It has everything from testing cornices to nursery slopes, but is perhaps best known for its Back Bowls where the skiing and snowboarding on black runs can be through the trees or on open slopes.

There’s even more adventure in Blue Sky Basin, a 261-hectare playground that feels like you are skiing in remote backcountry. Vail’s village is a pretty affair. There are cobblestoned streets, heated pathways, good shopping and no cars. At night, there’s no shortage of restaurants and bars. 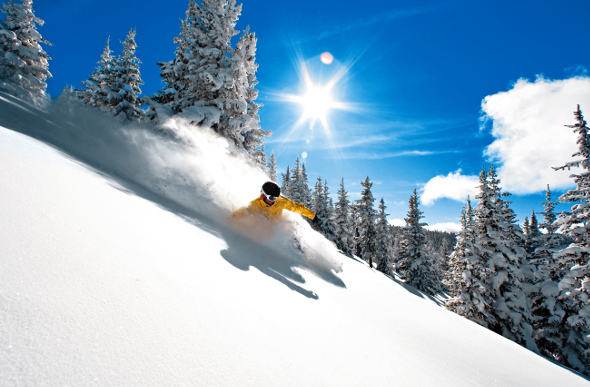 Snake your way past trees on Vail's black runs

Family-friendly skiing in NZ. New Zealand's Ski Resorts Are Part Of The Family

You'll be amazed at what's left behind. The Most Bizarre Items Lost On Ski Slopes

Canada’s biggest snow resort was the focus of global attention in 2010 when the Winter Olympics were staged there. But you don’t have to be a gun to tackle the 3.1-kilometre Dave Murray Downhill Course. Most intermediate can meander or side-slip down it, or any of Whistler’s other marked runs, said to tally 200-plus. There is terrain for all levels.

The resort comprises two mountains, Whistler and Blackcomb, connected by the Peak 2 Peak Gondola. After skiing, Whistler is just as enticing, with one of the best apres scenes in the world. Hugely popular with Australians. 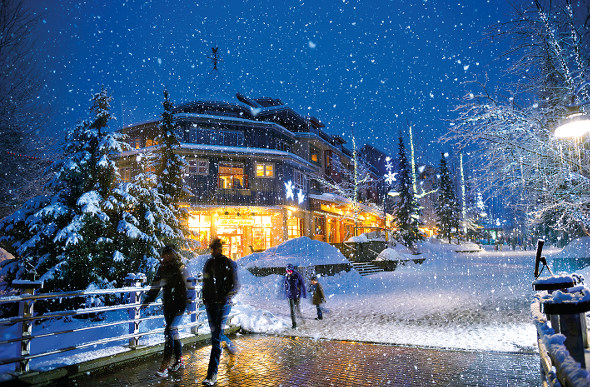 Every February, attention at the world’s most glamorous snow resort turns from fashion and the slopes to horse racing on frozen Lake St Moritz. This event attracts thoroughbreds from throughout Europe and more than 30,000 spectators. The racing includes skikjoring, in which men on skis are pulled along behind the horses at 50kmh.

The event, known as White Turf, also has a tent city where crowds mix in inimitable St Moritz style and atmosphere. Back on the ski slopes, St Moritz has 350 kilometres of piste and reliable snow conditions in rare combination with 300 sunny days annually. 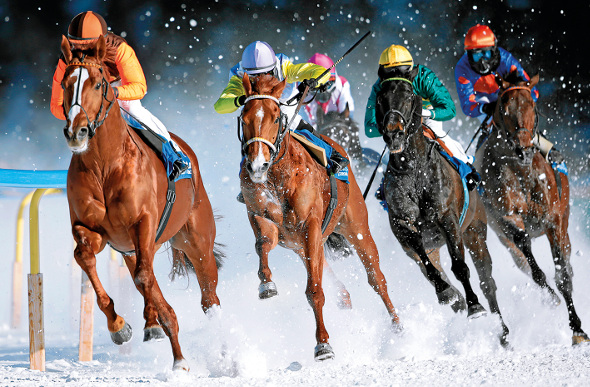 Throw in some spectacular mountain and lake scenery, waterfront accommodation, streets full of interesting shops, terrific restaurants, a thriving nightlife in tasteful bars and it’s no wonder it is a favourite among Australians. Direct flights from Australia to Queenstown take about three hours. 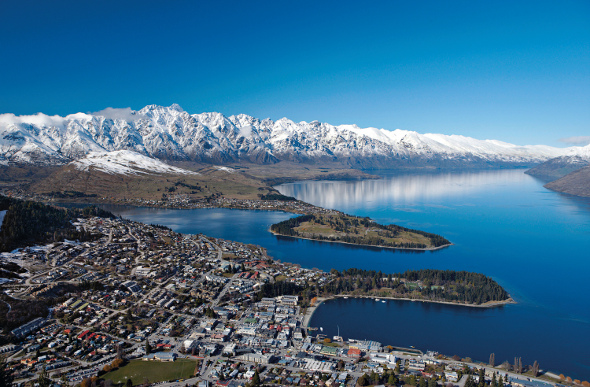 This is a place of serious alpine adventure in a serious mountain setting where the Mont Blanc massif dominates the landscape. The piste is spread over five ski areas with many steep challenges, but there are also places for beginners. Steep couloirs and off-piste options abound and are best tackled with a guide.

The Vallee Blanche is one of the most famous of the off-piste runs, throwing up 20 kilometres of skiing over glaciers and around crevasses. Remarkably, skiing in Vallee Blanche is not all that difficult and an intermediate with a guide can confidently enjoy this dramatic mountain setting. 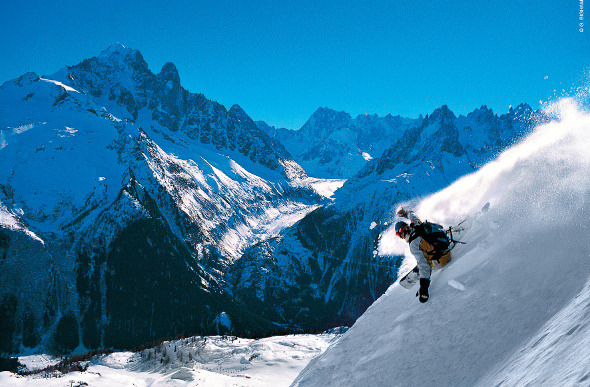 Seemingly endless off-piste runs can be found in Chamonix

Robert Upe is an award-winning travel writer and editor, specialising in skiing. At last count he had visited 50+ snow resorts. He has co-authored skiing guide books and was travel editor for Fairfax. Off snow, he has a passion for travel in Asia.
more articles from this author