8 Inspired Ways To Get To (And From) The USA

8 Inspired Ways To Get To (And From) The USA

So, you’re heading over to the States for a holiday but you don’t want to take the same old route. And why should you? Here are some ideas for how to destination-stack your US adventure.

Travel Via The Middle East Experience the culture of the Middle East at sites like the Sheikh Zayed Mosque in Abu Dhabi. Image: Getty

This is not a new option but one that is increasingly popular, with Etihad Airways offering preclearance through US Customs and Border Protection at Terminal 3 in Abu Dhabi Airport. Not only is Abu Dhabi one of the world’s most luxurious destinations, with a glittering cityscape and booming economy, stopping here on your way to the States can make everything a whole lot easier when you jump off that plane on US soil.

Both Etihad Airways and Emirates also offer the possibility of flying via Europe on the way to the States with a stopover in any number of Europeans cities such as Paris, Dublin, Manchester, Milan and Athens, for example.

What’s more, you don’t have to backtrack and travel via Europe on the way home with the option to fly directly out of a number of mainland US cities including New York, Boston, Toronto, Dallas, Los Angeles, Seattle and more, direct to the Middle East. When you consider the combination of North America, the Middle East, with a dash of Europe thrown in, what was a straight-up trip to the States suddenly starts to feel even more exciting – if that’s possible! 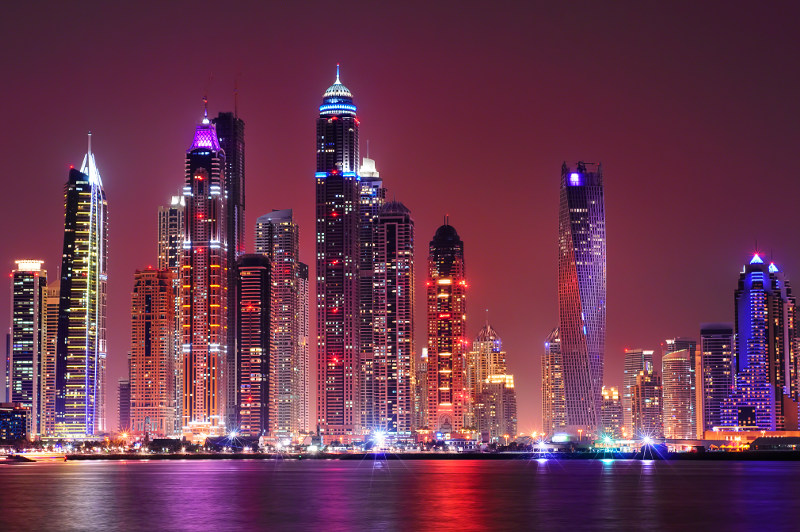 Dubai is a glittering ode to luxury and a perfect place to stop, mid-journey. Image: Getty

American Airlines have some great multi-stop tickets, which enable you to stop over in a number of destinations within North America for a low price. There are over 200 destinations which are serviced direct from Los Angeles with other major hubs across the USA, including Charlotte, Chicago, Dallas/Fort Worth, Miami, New York, Philadelphia, Phoenix and Washington.  You can also get creative on your journey to or from North America and route your travel via a number of Asian megacities such as Singapore, Bangkok, Hong Kong, Shanghai and/or Tokyo. 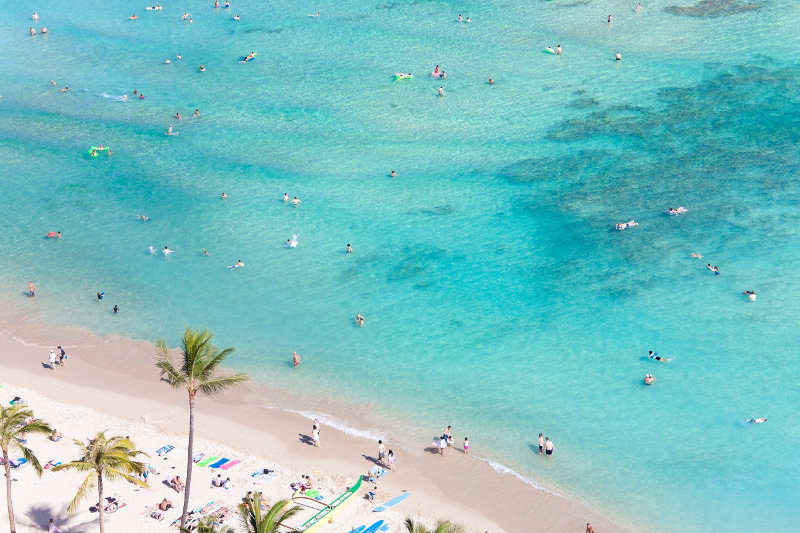 Stretch out those legs and soak up the sun on Waikiki Beach, Oahu, Hawaii. Image: Getty

Don’t overlook the classic half-way stopover: Hawaii. Hawaiian Airlines flies from Sydney and Brisbane to over 40 destinations, including Portland, San Francisco, Los Angeles, San Diego, Seattle, Las Vegas and New York. From Honolulu airport, they also provide connections to the Hawaiian Islands, so a relaxing week in Kahului might be just what you need before you hit the ground running in the States. If total comfort is high on your list of priorities, you’ll be pleased to know that Hawaiian Airlines has introduced lie-flat Premium Cabin seats on Business Class, in Airbus A330 planes.

Jump Across The Ditch First 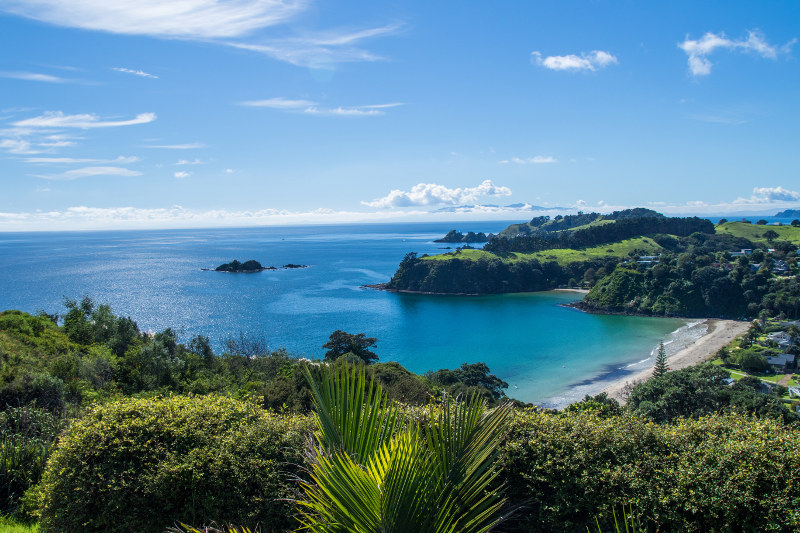 If coconuts aren’t your thing, from Auckland, Air New Zealand flies directly into Houston, Los Angeles, Honolulu, San Francisco and Vancouver with connecting services with their codeshare partners to a number of onwards destinations in North America.

Go Up, Then Down Vancouver can be your gateway to the States, with the option of a little Canada-time first. Image: Getty

Another way to get to the States is to fly further north to Canada, and find your way down to the States from there. Air Canada flies direct to Vancouver from Sydney or Brisbane, where you could easily spend a few days. Keep in mind that you don’t have to go in and out of the same city with multi-stop flights. Given that Seattle is only about two-and-a-half hours’ drive away, heading to Vancouver first is a great option, with a road trip thrown in.

Arrive In A Different City 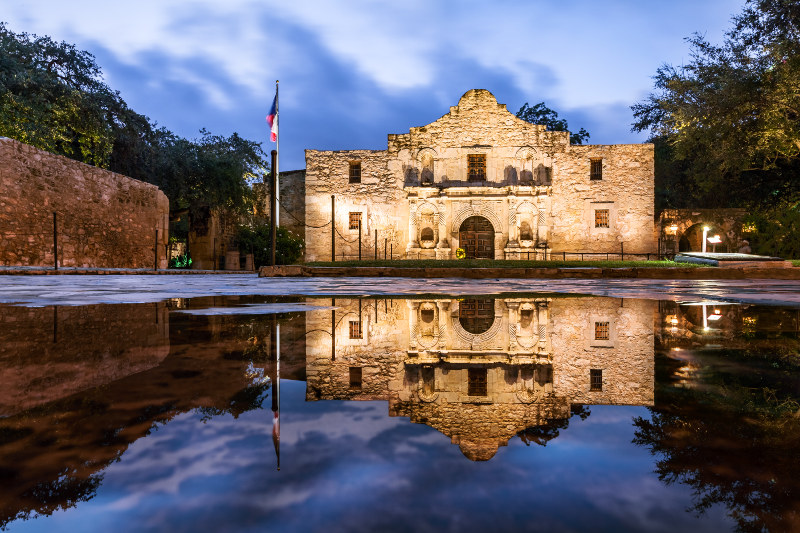 The Alamo Chapel, built around 1718, is now a Texas state shrine. Image: Getty

Do you develop an involuntary facial tic when you think about the hustle and bustle of LAX – the fourth busiest airport in the world, and second busiest in the United States? There’s no reason you have to fly into the States via one of the most high-traffic airports. With Qantas flying direct to Dallas and San Francisco from Sydney, why not start your American adventure somewhere left of field… like deep in the heart of Texas, or in the stunning Golden Gate City?

Take Me To America, Stat 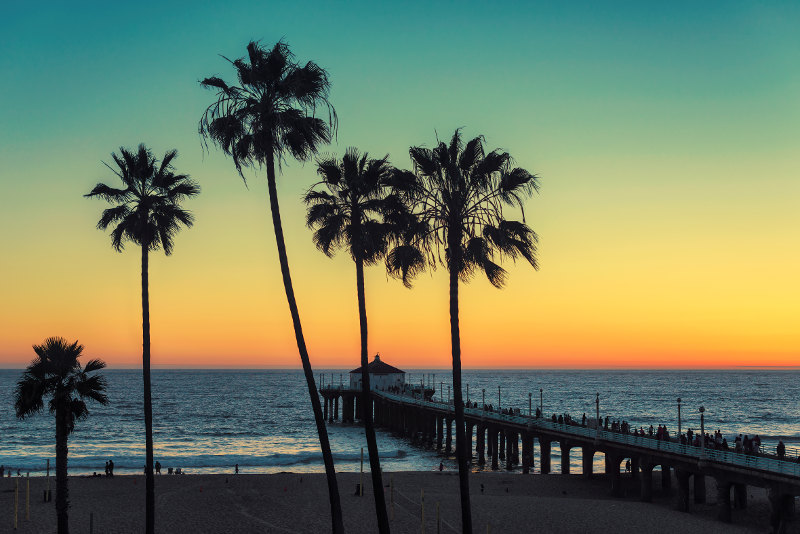 Of course, one way you might want to get to the States is to take the most direct route possible. For people living on the east coast of Australia, this often means travelling with Virgin Australia and Velocity partner Delta Airlines. Working together they offer 21 flights per week between Australia and Los Angeles, direct from Sydney, Melbourne and Brisbane as well as connecting flights from 50 destinations across Australia and New Zealand. Flights departing from Sydney will get you into LA in just under fourteen hours.

Unwind In Fiji On The Way Home A holiday to recover from your holiday... Fiji is perfect for a mini-break on the way home. Image: Getty

It’s not just about how you get there, it’s also about how you get home. Travelling with Fiji Airlines, you could take a tropical-island mini-break on the way back from the States, if you depart from either San Francisco or Los Angeles. There’s nothing like warm tropical waters, gently swaying palm trees, and a more forgiving time zone to ease you back into life.

Anything is possible and, with a little expert guidance and thoughtful flight planning, you can turn a holiday into your very own mega-adventure.