8 Ways to Have a Cracking Good Look at Krakow

8 Ways to Have a Cracking Good Look at Krakow

Taking my first few steps into the cobbled Old Town laneways of Krakow, it took all of about 10 seconds for me to realise I was onto something good. Adorned in a prosperous ensemble of elegant architecture, it’s a feast for the eyes while boldly hinting at the many rich layers of history just calling to be unravelled. But it’s also a place to party, tuck in to hearty local fare, explore alternative neighbourhoods and meet interesting locals.

The ancient capital of Poland, Krakow is well worth the trek east for those in search of new ground to cover in Europe. Here are some of the highlights, tried and tested. 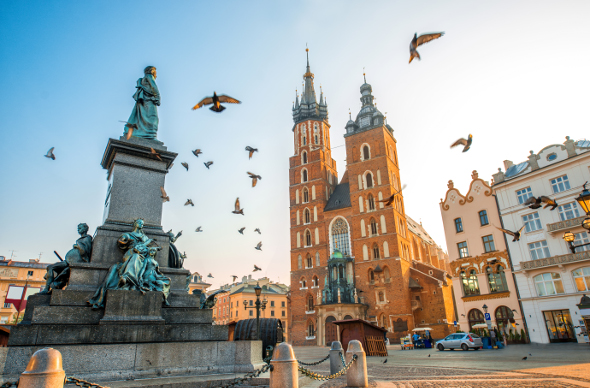 Admire The Historic Beauty Of The Old Town

Be immersed in a world of 13th century beauty in the historic centre of Krakow – a cobbled maze of charming streets and squares, lined with breathtaking architecture in the form of imposing churches, museums and historic gems to tick off the list. The entire Old Town was among the first sites to be chosen for UNESCO’s original World Heritage List. It’s a stunner in every corner and it really is like stepping back in time. It all comes to a magical culmination at Rynek Glowny, the main market square which also happens to be the largest medieval square in Europe.

Love the Jewish quarter in #Kraków ... no castles and cobblestones but loads of character #poland #europe #travel #streetscenes #holidaze

A photo posted by Tijana Jaksic (@tijanaj) on

Krakow has a reputation for its partying ways. The drink of choice? Wodka, of course (not vodka – in Polish it’s “wodka”). While there are bars everywhere, the pulsating bohemian vibe of medieval-infused Kazimierz can’t be denied. Once the ‘dodgy’ part of town, after being bombed during World War II, it has redeemed itself and gone on to become one of the city’s favourite chic party spots. Come here for a casual drink or take on a long trail of bar-hopping. By day, there are also many interesting historic sites, synagogues and art galleries to be found along these character-laden streets. 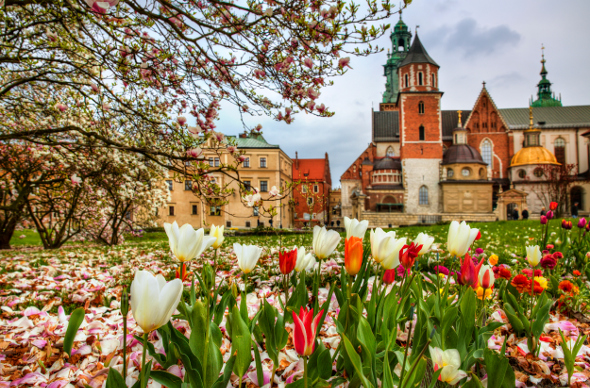 The stunning architecture atop Wawel Hill.

Explore The Ins And Outs Of Wawel Hill

Perched on Wawel Hill, just outside of the Old Town, stands a glorious jumble of Poland’s most important collection of buildings. The country’s ancient seat of royalty, it is home to Wawel Royal Castle and Wawel Cathedral. The grassy grounds are free to wander and are a treasure of their own if only to admire the mish-mash of architectural styles from the outside – predominantly Romanesque, Renaissance and Gothic dating from around the 14th century onwards – as well as to get a fine vantage point back over the river and Old Town. But if you pay an entrance fee, you can get access to so much more – venture into the exhibitions of the crypts of the cathedral, the Royal Private Apartments, Dragon’s Den, Royal Chambers and the Crown Treasury and Armory for extra special insight.

In Search of a Wee Dram in Scotland 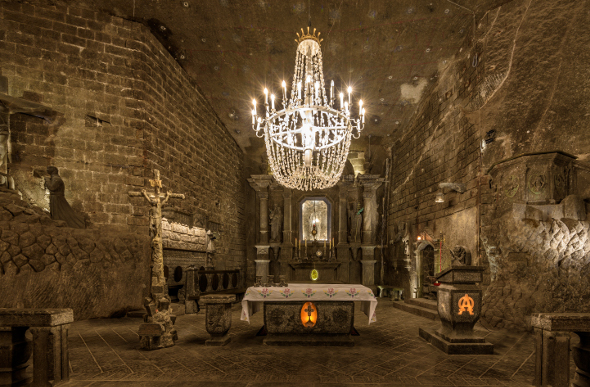 A chapel inside Wieliczka salt mine.

It’s just a short and easy day trip out of Krakow to venture into one of the world’s oldest salt mines. Amazingly, Wieliczka salt mine has been in operation continuously since the Middle Ages. There are literally hundreds of kilometres of tunnels and chambers descending as far as 300 metres underground. Be wowed by the works of art, underground chapels and statues sculpted into the salt, which you can only do a on a guided tour.

In medieval times it was a moat. Now it’s a scenic and leisurely three kilometre stroll around Krakow’s Old Town, adorned in public parks and green gardens filled with trees, flowers, benches and historic monuments. Krakow’s Planty Park was also once where the city’s 13th century defence fortifications stood – but of the 46 towers and seven main entrances leading through it, the only remnants left today are three Gothic towers, St Florian’s Gate and the Barbican – all worth admiring. Whether you do the loop or just a section, it’s perfect for a spot of peace and green. 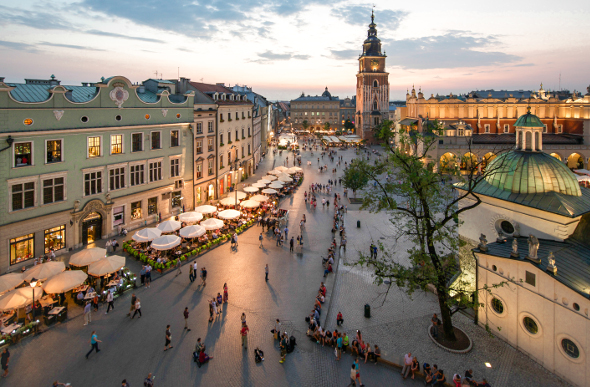 Where’s the quintessential must-do spot to eat in Krakow? Right on Rynek Glowny. It’s fringed with romantic al fresco restaurants that boast all the views at their feet – plus all the buzz of tourists ambling, street performers amusing crowds and horses gracefully trotting along cobblestones with carriages in tow. While this is the obvious ‘touristy’ option and so naturally comes with a higher price tag, it’s worth it if only once to soak up the Krakow charm from pole position and enjoy a spot of people-watching.

Stop In At Schindler’s Factory

For the essential museum stop in Krakow, head straight to the museum of the fabled Oskar Schindler, a German industrialist who is credited with saving the lives of 1,200 Jews during the Holocaust by employing them in his factories. The now modern museum is devoted to the wartime stories of Krakow under the five-year Nazi occupation during World War II. It’s an all-senses tuned experience - and it's a little bit of a trek to get there - but it's a must for insight into this key period in the city’s long history. 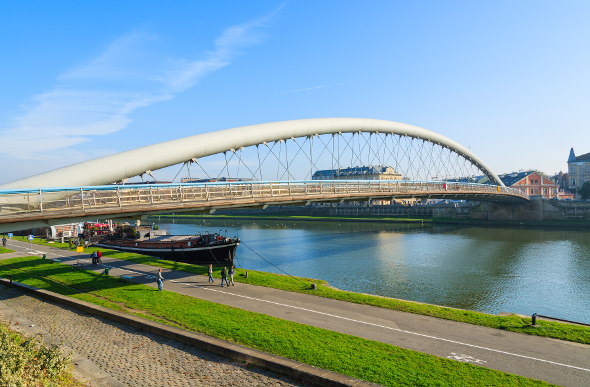 A section of the Wisla River.

Picnic By The Wisla River

Well and truly escape the hustle and bustle of the city with a picnic on the banks of the Wisla River. And by picnic, we mean a hearty spread of anything starting with Polish cheese, Polish sausage and Polish papal cream cake (even Pope John Paul II raved about it). There are boulevards leading along both sides of the river to wander and if you’re lucky, you might catch one of the many events kicking off here on the yearly calendar.