One day you could be swimming in crystal blue waters off the beaches of Indonesia, the next swimming in the world’s largest rooftop infinity pool in Singapore. Asia is a continent of vibrant colours, intense contrasts and rich cultural delights. But where do you even start? Here are nine experiences we’ve got at the very top of our must-do list in Asia this year. The Hong Kong UNESCO Global Geopark can be explored on foot or by boat. Image: Geneva Vanderzeil

Get off the beaten track in Hong Kong

Hidden in the East and Northwest New Territories is Hong Kong’s UNESCO Global Geopark, a landscape formed by a volcanic eruption 140 million years ago. An hour outside of central Hong Kong, the area is home to multiple islands covered in volcanic rock and magma, which form interesting features like a tombolo (natural tidal bridge), twisted columns, dyke intrusions and sea arches. Guided boat tours will take you around the islands to explore the varied rock features, while a more active alternative presents itself on the MacLehose Trail, a beautiful walk totalling 100km – though you can easily complete shorter sections alone. If you’re looking for a dose of nature away from the city, this is definitely the off-the-beaten-track excursion you need.

RELATED: Keen to see more Hong Kong? Here are 10 streets you should explore 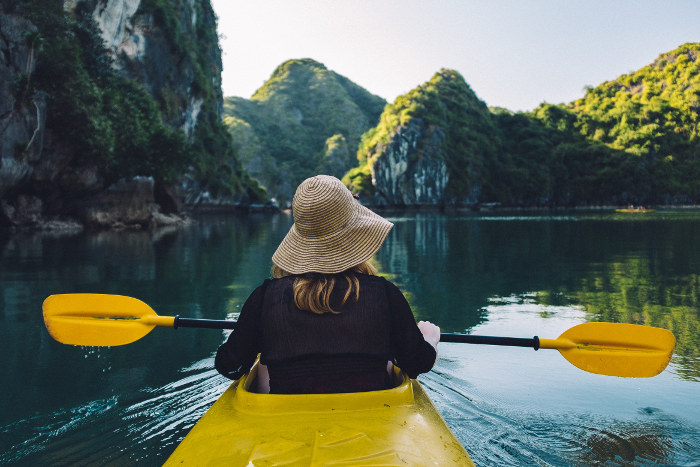 Kayaking is one of the best ways to experience Halong Bay.

Known for its emerald waters and thousands of towering islands, cruising Halong Bay in the north of Vietnam is like entering a dream world. Stay overnight on a junk boat, or explore farther afield on a sea kayak expedition. The tall limestone islands are often topped with rainforests, making for alluring hiking and rock climbing, while below the water’s surface you’ll find decent scuba diving and snorkelling sites too. 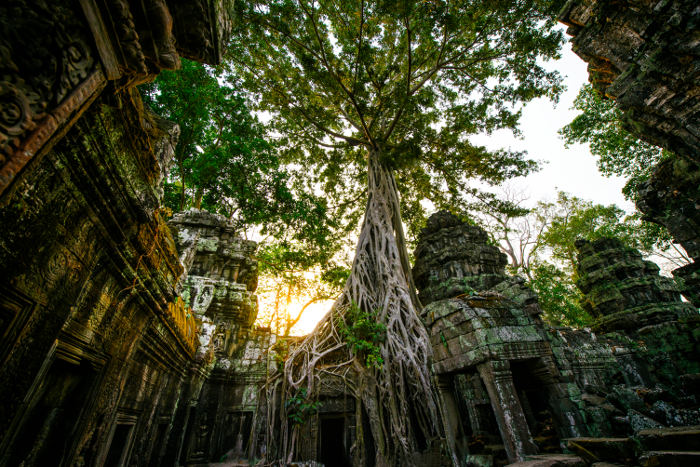 Ta Prohm temple is a mystical place, particularly early before the crowds arrive.

Be Lara Croft in Tomb Rader at Siem Reap, Cambodia

Exploring the famous Angkor temples that surround Siem Reap in Cambodia is a once-in-a-lifetime experience. Your trip should begin with sunrise at the famous Angkor Wat – the largest religious monument in the world, covering a staggering 162.6 hectares. The area is home to more than 50 ancient temples, ruins from the Khmer Empire (9th-13th century AD), and the best way to explore multiple temples is to jump on a tuk tuk with a local driver. The temple made famous in Tomb Raider is Ta Prohm, a temple built in the Banyon style in the 12th-13th centuries – today it’s largely been reclaimed by nature, making it eerily beautiful.

Swim in the infinity pool at Marina Bay Sands, Singapore

Is there a better pool anywhere in the world? Probably not. No less than 57 stories above ground, this pool is the world’s largest rooftop infinity pool, with views right across the Singapore skyline. You’ll get towels and sun loungers, there’s a cafe and bar to keep you fed and watered, and it’s open from 6am right through to 11pm. The only catch? You have to stay at the hotel to gain access – though being one of Singapore’s best hotels, that’s not a hard sell.

RELATED: Shopaholics alert: The best cities to get your shop on in Asia 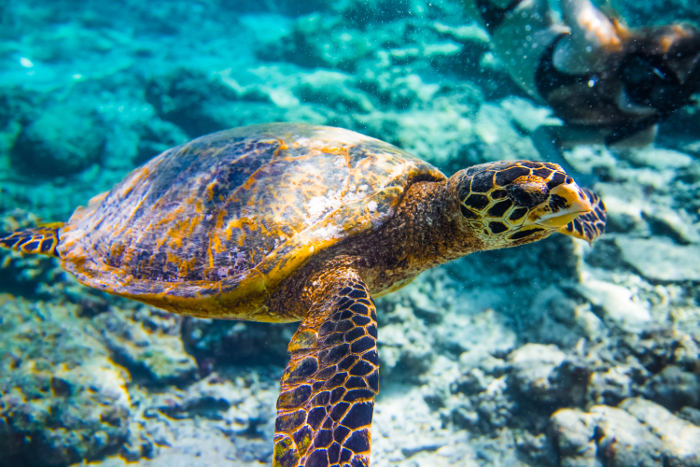 You can snorkel with these friendly local right off the beach in some parts of the Gili Islands.

Snorkel or Dive off the Gili Islands, Indonesia

The Gili islands in Indonesia are home to more than 20 different dive sites, with not only incredible corals but sea life too. Using the currents to move along the coral shelves there are multiple drift dives you can do, swimming with sharks and turtles, but in some places you can even snorkel with sea turtles right off the beach, as the Gilis’ have an established sea turtle breeding and preservation program. 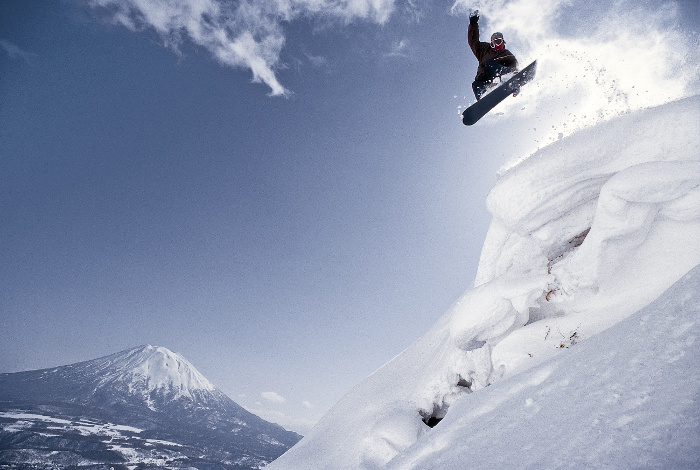 Japan has slopes for everyone from beginners to adrenaline junkies.

There is a very good reason that Australians tend to flock to Japan from January to March: it’s where you’ll find some of the best powder in the world. With resorts just a few hours on the bullet train from Tokyo, all the way to the ever-popular resorts on Hokkaido, the northernmost of Japan’s main islands. Thanks to its varied terrain and plentiful snow, Japan’s resorts cater to everyone from beginners to advanced, main runs to off-piste galore. And the best part is, when you’ve had enough of the slopes there are onsens, snow monkeys and delicious cuisine to warm you back up. 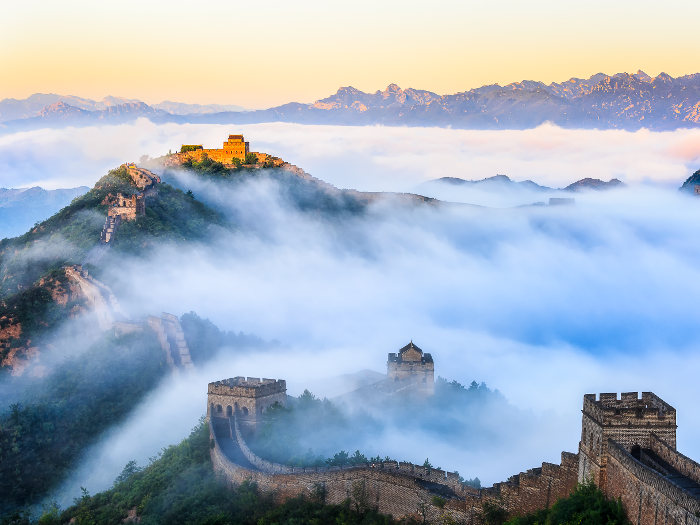 The ultimate racecation takes you along the magical Great Wall of China.

Run a marathon on the Great Wall of China

Racecations are a thing. And this one is probably the coolest one we’ve seen yet. Every year some 2,500 runners take their ambition to new heights, with a marathon along the ancient Great Wall of China. Held on the third Saturday in May each year, the course affords the daring runners incredible views over the landscape, leading from the lower valley, into villages and along a section of the Great Wall.

RELATED: Escape the city: The best green escapes from the city around Asia 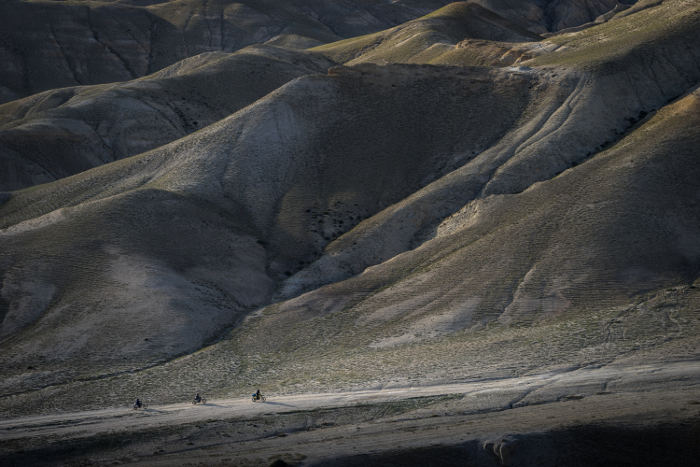 Biking Nepal takes you into deep into the mountains to places you can't otherwise reach.

While most people explore the mountains on foot, the new way to see Nepal is on two wheels rather than two feet. If you’re keen on motorbike riding, between July and September the mountain roads of Nepal become accessible, and with them come some of the most spectacular vistas in the world. Not only that, you’ll get to visit some of the most remote villages, plus the locals are renowned for being especially friendly. Sunrise over the temples in Bagan is one experience not easily forgotten.

Watch sunrise over the temples in Myanmar

One of the most magical, yet undiscovered countries in the world, Myanmar (formerly Burma), is a land peppered with fascinating history and traditions. The plains of Bagan are a must-visit, where the landscape is dotted with some 4000 stupas. One of the most magical experiences you can have here is sunrise from the top of a temple, overlooking the golden landscape. Post sunrise, hop on a bike and cycle through the landscape to discover the country’s rich culinary traditions, culture and natural pine forests – which cover no less than 40% of the country’s entire land area! Starting on the beautiful island of Langkawi, you'll uncover the best of Malaysia from island life in paradise to the vibrant street art of...