A Foodie's Guide to South Australia

A Foodie's Guide to South Australia

South Australia has been somewhat of a national trendsetter when it comes to foodie culture with a penchant for paddock-to-plate dining. The state's unhurried ambience encourages you to stay a while and savour the local flavours: German-style smallgoods, artisanal chocolates and cheeses and beverages brewed with passion. The list runs long when it comes to cool-weather wineries, with vineyards encroaching on Adelaide from every direction.

South Australia is like one endless farmers market, branching off to restaurants with views as enticing as the menus and cooking classes hosted by the likes of Barossa kitcheness, Maggie Beer. Keen to see what all the fuss is about? Enjoy a South Australia food holiday with this trusty guide leading you to the most appetite-pleasing places in South Australia.

For the cafe caller: Adelaide City 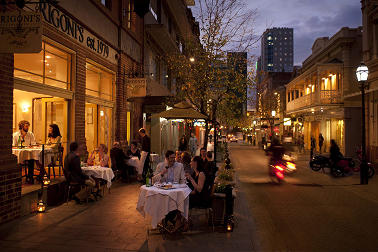 The capital of South Australia and most liveable city in the country as of 2013 is all about efficiency. Needless to say, you won't need to venture far for a decent cup of Joe: caffeine addicts rejoice for Adelaide's ceaseless cafe culture has you covered! Adelaide's laissez-faire lifestyle is echoed by its cosy urban cafes, where locals fill the sidewalk tables amid the grinding concerto of espresso machines – you can barely turn a corner in central Adelaide without an inviting cafe luring you inside. Being a capital of festivals, it makes sense that street food vans are seeing a resurgence appearing with guerrilla gusto along stylish Leigh Street, Victoria Square and inner-city laneways for those seeking something heartier than homely cafe fare.

For the winer and diner: The Barossa 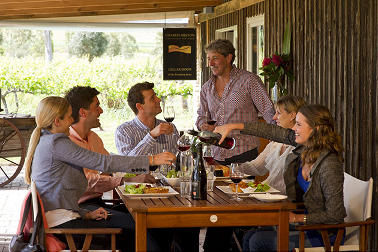 Being at the doorstep of wine country comes with its benefits: when dining in Adelaide, you will find most wine menus boasting Barossa labels as the source is only an hour away. The Barossa Wine Region has a long established culinary identity with world-class vineyards draped in sapphire-coloured Shiraz grapes, regarded as the hero of the region. Entrepreneurial-minded folk take advantage of the Barossa's vivacious viticulture, with tours and tastings at dozens of cellar doors throughout the Valley. After you've whet your appetite, visit the Barossa Farmers Market on Saturday morning and get to know the people behind the produce who operate on philosophy based on respect for the seasons  – this is what South Australia food travel is all about.

For the pure of palate: Kangaroo Island 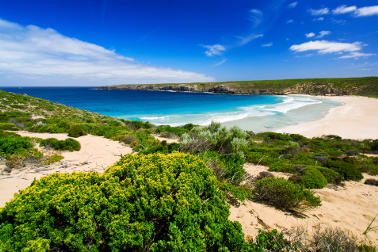 Visiting Kangaroo Island is like escaping to a familiar holiday home – everything is simpler, the air is fresher, the ocean bluer. In this pristine paradise, the gastronomy scene is more about quality than quantity, offering a puritan foodie experience where seafood is plucked from the sea and propped on your plate. Don't leave without sampling Ligurian honey spun straight from the hive, sheep's milk cheese and yogurt, organic Limoncello and freshwater crayfish. There are around 30 vineyards on the island producing both reds and whites, waiting to be discovered on the self-guided Farm Gate and Cellar Door Trail. It may be an island but KI is far from isolated, with multiple 45-minute ferry trips connecting to Cape Jervis daily.

For the ale enthusiast: McLaren Vale 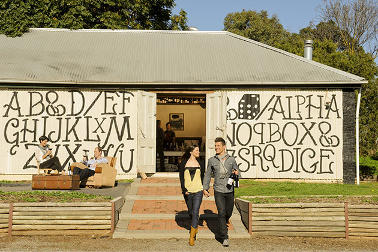 Akin to the Barossa, the McLaren Vale wine region is only a grape's throw from Adelaide city – you'll know you're in the right place when the vines tumble down to the sea. Take the scenic route and stop in at Hahndorf, Australia's oldest enduring German settlement in the Adelaide Hills, for a Bavarian feast and stein of German beer. Make sure you save room for McLaren Vale where craft beer, cider and ale flow freely – say g'day to the Goodieson Brewery and sample their champion wheat beer after touring the brewing shed where the magic happens. If you haven't had your fill of South Australian vino, McLaren Vale also has a further 70 cellar doors to keep you content.

For the sweet tooth: Adelaide Hills 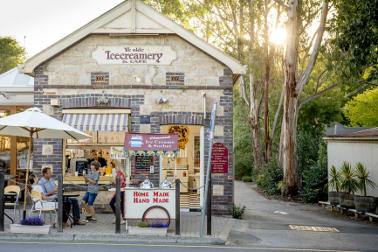 Surrounding Adelaide's east, the Adelaide Hills district in the Mount Lofty Ranges is a favourite escape for city dwellers where rolling hills spill into native forests and artisan producers abound. Crisp apples, strawberries and cherries are grown en masse, lending themselves to jams, confectionery, cordials and ice-cream found in countless Hills cafes and markets. Fill your own fruit bowls straight from the farm or join one of the designated foodie trails like the ever popular Chocolate, Cheese and Chardonnay Trail.  It wouldn't be SA if there weren't award-winning wineries to be found, but the Hills' micro brewing scene is a refreshing change of pace – you can't go wrong with a hand-pressed pear cider.