A Guide To Brooklyn Neighbourhoods: Discover What Makes Them So Cool

A Guide To Brooklyn Neighbourhoods: Discover What Makes Them So Cool

Brooklyn, New York, has eclipsed Manhattan as the harbinger of cool. After all, how many neighbourhoods around the world are deemed “Brooklyn inspired”? A lot. Brooklynization refers to a general aesthetic of the hand-hewn and raw, a restored industrial landscape covered in wheat-paste posters and graffiti. Head to the actual borough though, and you’ll discover a patchwork of neighbourhoods, all rather different, each with a charm of its own. Here’s where to go. 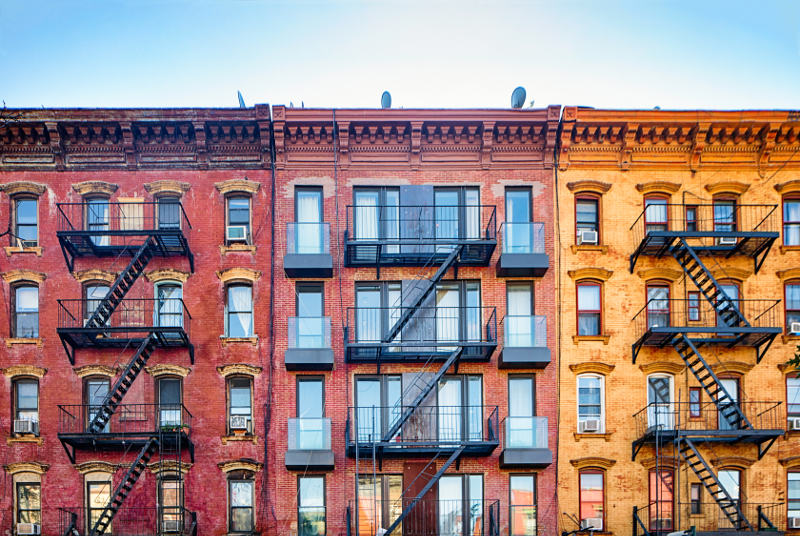 The word “hipster” may have originated in Williamsburg when the waterfront neighbourhood became, well, hip. Conveniently located just a subway stop from Manhattan, the vibrant enclave is now filled with condos that have risen exponentially ever since the housing market recovered. Today, the shops tend toward chains—Aesop, Apple, Duane Reade, Starbucks, and Whole Foods—attracting even more Manhattanites who continue to relocate despite the skyrocketing real estate prices. That said, the area still retains much of its pre-2008 vibe. 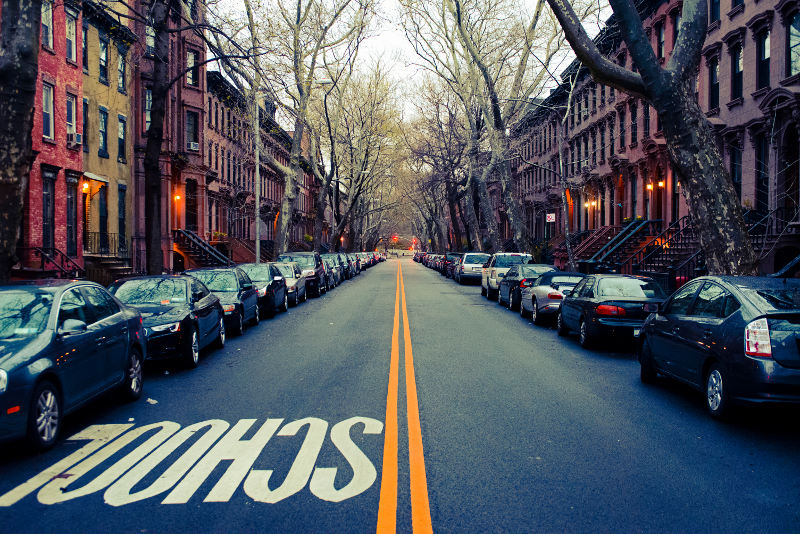 Early morning in Brooklyn, before the borough gets its cool on. Image: Getty

From Chinatown, stroll over the Williamsburg Bridge— the sunset views are spectacular—past George Washington at Valley Forge monument, and along Bedford Avenue. Pop in for an Americano at Oslo Coffee, a small-batch roaster; there’s nearby Toby’s Estate and Blue Bottle Coffee too. Take your pick of every kind of cuisine, from Filipino to French (a top spot is the roof deck at Juliette). On Saturdays, beloved Smorgasburg, a fun open-air food market, bustles by the East River. Culinary stars have also hopped over, from Michelin-chef-helmed Aska to Du’s Donuts by renowned chef Wylie Dufresne, whose new shop is located in the base of William Vale Hotel (which you can’t miss for its Star Wars AT-AT look). The hotel’s top-floor Westlight bar has the best Brooklyn-to-Manhattan views. Ironically, ground-level Italian restaurant Leuca wouldn’t look out of place in Manhattan! Another great spot to be based at is the Williamsburg Hotel, whose in-house shuttle can cart you around the area. Try 3rd Street’s fringe of boutiques. 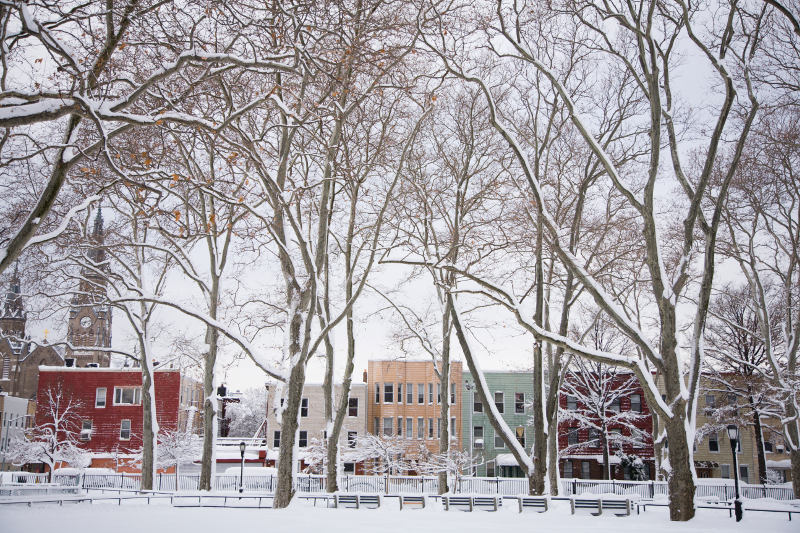 McGolrick Park in the heart of Greenpoint, after a blizzard. Image: Getty 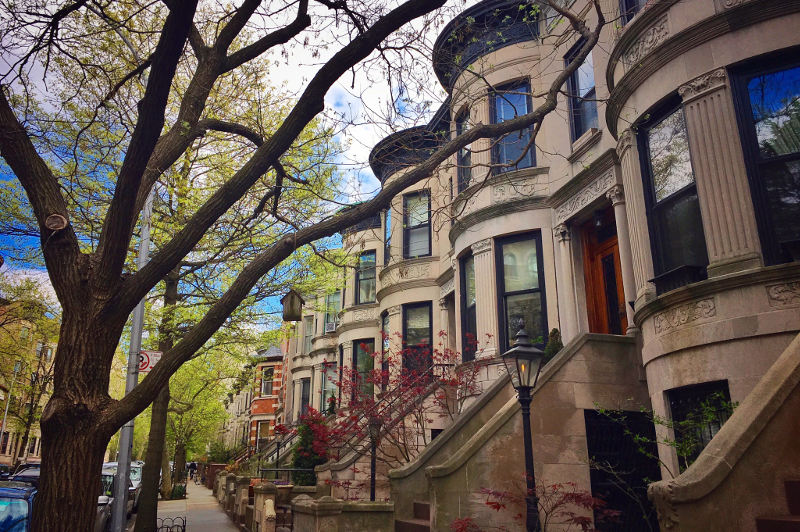 The address to die for… life is good in Park Slope. Image: Getty

Less ‘it’ neighbourhood, more bucolic haven, Park Slope turns heads for its beautiful brownstones that fringe tree-lined streets. Some scenes from The Royal Tenenbaums and The Squid and the Whale were filmed here. For rustic Italian fare, head to the always excellent Al di La restaurant—it’s easier to snag a table at lunch. Afterward, grab a coffee at Café Grumpy and shop for Brooklyn-inspired wear at Brooklyn Industries. 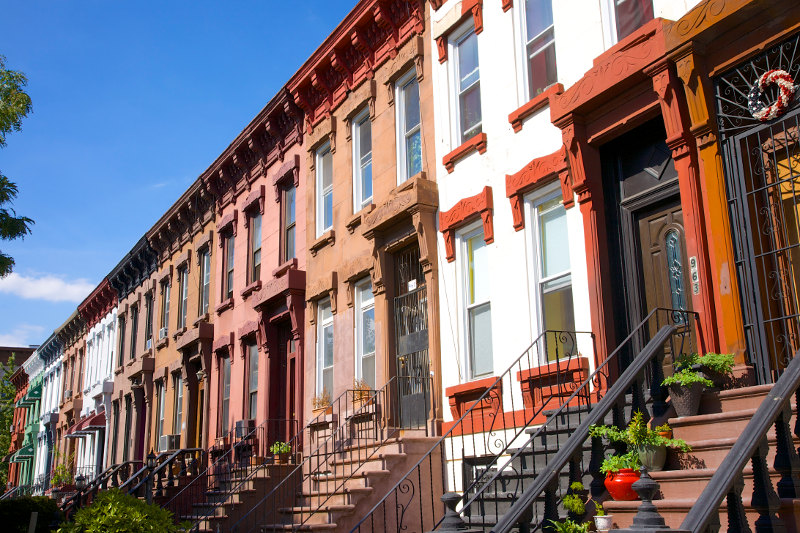 Come here for the street art: The Bushwick Collective colours part of a gritty post-industrial neighbourhood with epic aerosol-painted murals. Look for works by Australian Damien Mitchell (and find him on Instagram) whose designs have graced walls here as well as in Williamsburg. You can learn more about the collective on a Brooklyn Unplugged Tour. Closer to the Morgan Avenue subway stop you’ll find a few food spots, such as Swallow Café and Roberta’s Pizza. 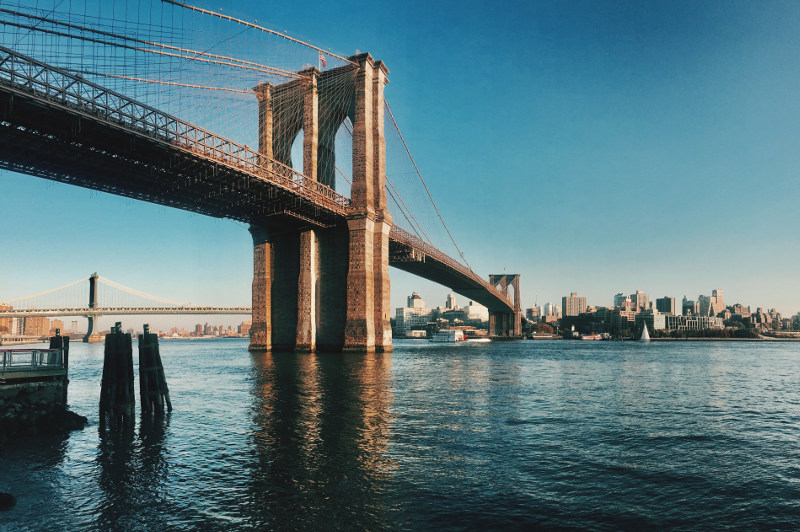 Don’t be a dumbo – stay in DUMBO, the neighbourhood Down Under the Manhattan Bridge Overpass that’s also connected to Manhattan by the Brooklyn Bridge (and a subway). Perhaps the best view of the iconic 134-year-old landmark is seen from brand-new 1 Hotel Brooklyn Bridge, whose eco-chic rooms and pool rooftop overlook city panoramas. Do check out the nearby Empire Stores, situated in a former coffee factory, home now not only to boutiques and coffee shops (Shinola, FEED, West Elm with a Brooklyn Roasting Co. counter) but also the Brooklyn Historical Society, where you can learn about the waterfront’s history. 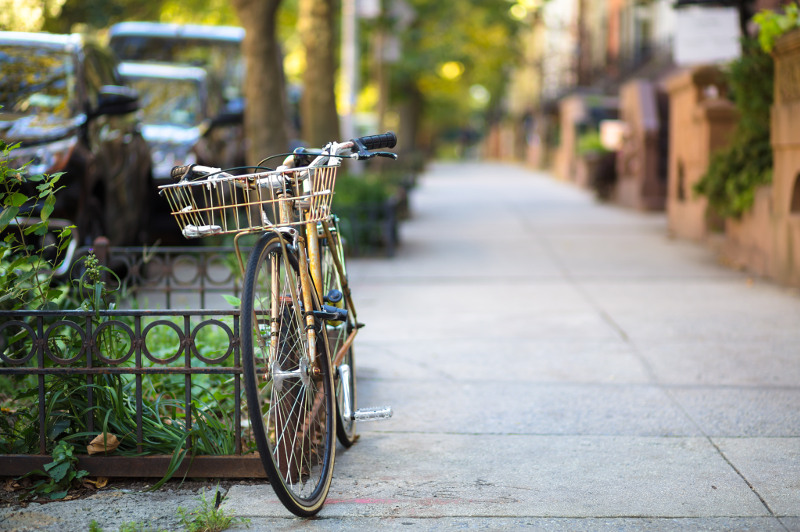 Next door is St Ann’s Warehouse, a place of dance, art, and stage productions such as A Streetcar Named Desire. And for Insta-inspiration, strut across the track-streaked cobblestones to revamped Jane’s Carousel, originally built for an amusement park in Ohio. Loved by adults and kids alike, she commands a spot close to lush Brooklyn Bridge Park, where couples, families, and artists laze about, watching Movies With A View in summer, with the river lapping at their feet while facing one of the greatest cities on Earth.

Marina Kay (née Chetner) is an Australian freelance writer based in Los Angeles. She contributes to websites, magazines, and newspapers, including Huffington Post, Emirates’ Open Skies, and The Daily Telegraph.