In a country with must-see destinations such as Paris, Provence, and the resort towns of the Mediterranean and Atlantic, it is easy to forget about France’s northern coast along the British Channel. This rugged stretch of coastline is a stunning mix of beaches and dramatic scenery, sprinkled liberally with towns that buzz with culture, history – and plenty of good restaurants. A road trip starting and ending in Paris will give you the best of both worlds: city lights and landscapes to love.

·         At low tide, walk across to the fortified islands off the walled city of Saint-Malo, and inspect the dungeons 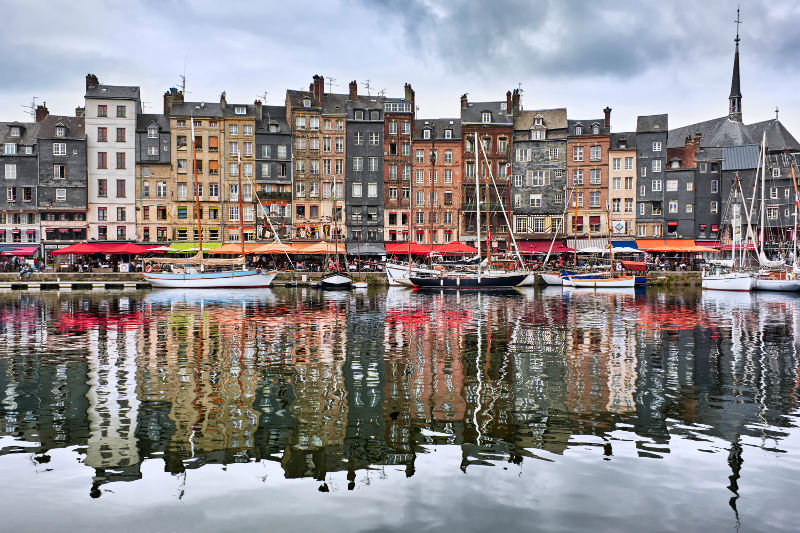 Step back in time as you stroll along the old harbour in Honfleur. Image: Getty

After enjoying a relaxed morning over croissants, coffee and people-watching on a Parisian café terrace, head 197 kilometres north to Honfleur. Straddling the Seine estuary in Lower Normandy, Honfleur is a picture-perfect old harbour town, fortified during the Hundred-Years-War. The Vieux-Bassin, the old harbour, is lined with slim, tall 16th and 17th century houses built by wealthy merchants. Fishing boats come and go, the cobbled streets are full of cafes, restaurants and souvenir shops. The town is flanked by two churches: the wooden Sainte-Catherine dating back to the 1500, in the west, and Sainte-Etienne, now housing the Marine Museum, in the east. 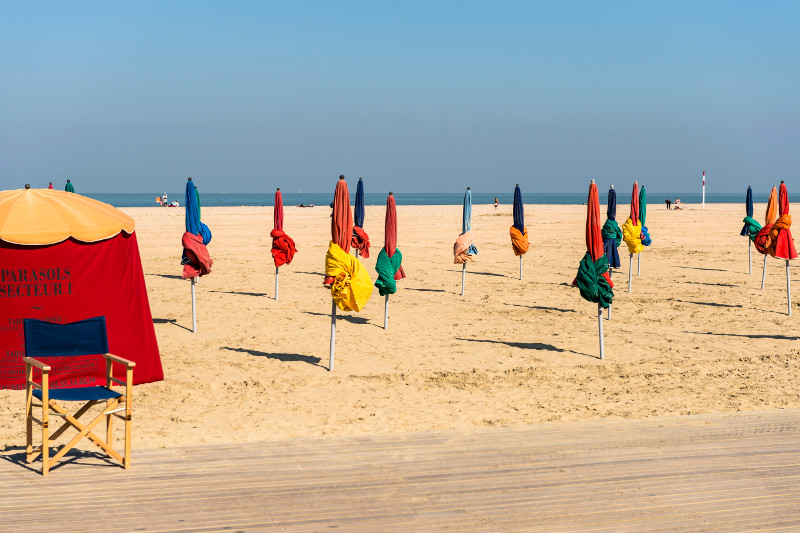 Just made for Instagram – the colourful beach umbrellas at Deauville on the Normandy coast. Image: Getty

This is an easy 19-kilometre day, so take a quick detour across the stunning Pont de Normandie, the elegant bridge that links Honfleur with Le Havre. There is a toll to pay, or you could walk across for free, either way, the scenery is great. Then along the Côte Fleurie to Deauville. Deauville and Trouville are beach towns, sitting opposite each other across the Toques river, developed once the railway linked them to Paris, and many Parisians still now have second homes along the coast. Deauville, with its designer stores – Coco Chanel opened her first boutique here – and Trouville, with its more relaxed family atmosphere and great moules frites restaurants, will give you plenty of reasons to continue to explore, for the rest of the day. 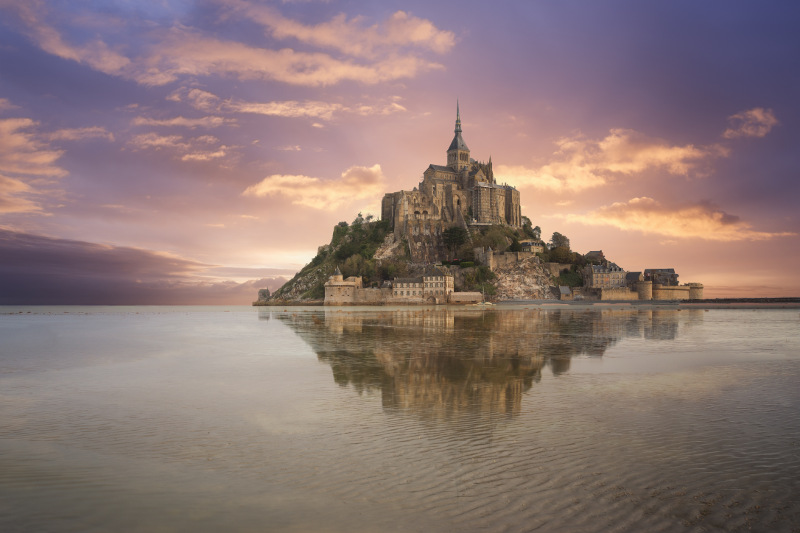 The reverse benefits of Mont Saint-Michel’s natural defences were not lost on Louis XI, who turned it into a prison. Image: Getty

Leave early for the 204-kilometre drive to Mont Saint-Michel and break the journey at pretty Bayeux for a look at the famous Bayeux Tapestry which dates back to the 11th century. Then head for the visitors centre of Mont Saint-Michel and travel across the walkway to the fortified old monastery and medieval town perched on a rocky island off the coast. Make your way to the top and enjoy the views across the coastline as you gaze out over one of the world’s greatest tidal ranges – up to 15 metres difference between high and low tide.  Did you know that on the opposite side of the English Channel there is a sister abbey: St Michael’s Mount, in Cornwall? 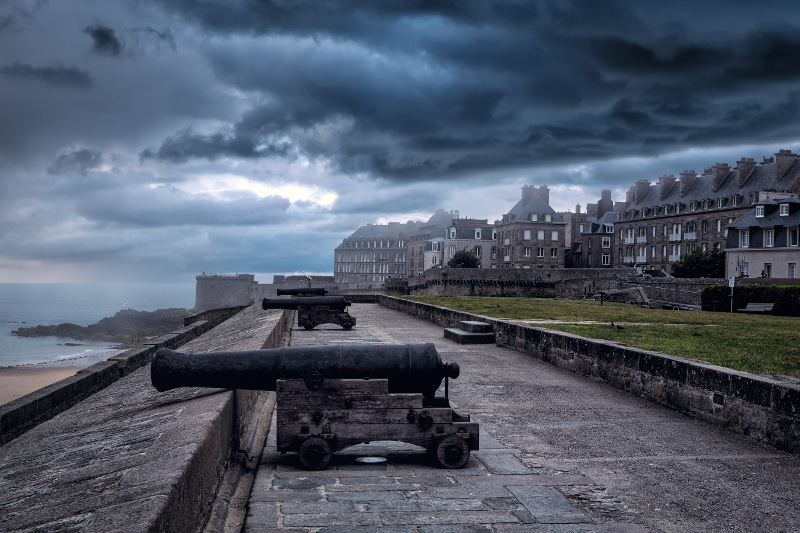 The cannons and city ramparts of Saint-Malo will take you back to the town’s seafaring past. Image: Getty

On the brief 56 kilometre drive today you will be leaving Normandy and entering the eastern edges of Brittany, the land of the striped mariniere t-shirts, and crêpes. Saint-Malo is a heavily fortified and walled former corsair town, sitting alongside a stunning coastline. Busy taking treasures from passing merchant boats coming into the bustling trading port, legend has it, that the Malouin (as the Saint-Malo natives are called) merchants at one point held 25 per cent of all the gold in France. 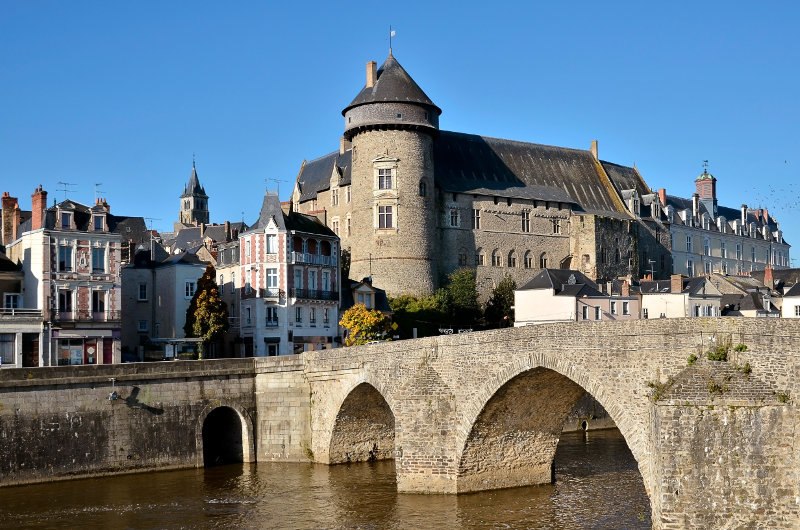 The river Mayenne at Laval, with its castle and old bridge. Image: Getty

Head back to Paris, 409 kilometres away, by-passing the larger cities of Rennes and Le Mans, famous for its 24-hour race. Instead stop for lunch at Laval, with its lovely bridges across the river Mayenne and its solid little castle; and later Chartres with its enormous cathedral presiding over the city-scape. You’re not pushed for time? Then stay in Chartres for the evening lightshow that takes place every night from April to October and lights up the city’s architecture to incredible effect. From here, it’s only just over an hour’s drive back to Paris.

Originally from Germany, I have lived and worked in the UK, Qatar, Oman, the UAE and have just moved from Australia back to Europe to one of my favourite cities in the world: Paris. It  probably doesn't come as a big surprise that due to my somewhat nomadic nature I specialise in writing about travel and the expatriate lifestyle.