Sure airports function to facilitate air transportation to and from far-flung destinations on our planet. Yet they are also the forum for a huge range of emotions – emotions that can rattle around a vast man-made structure of concrete and steel.

But across the Globe, airport organisations are recognising that these public areas do not have to be depersonalized spaces that simply aid transportation of millions of souls.

"Art can make a space feel more human," says Laura Greene of Heathrow Airport's award-winning T5 Gallery. "It can evoke emotions and provide something that is often overlooked in large spaces such as airports."

Also some airports, creating an art program is as important to their customer service as any other amenity. "The art program does help to provide meaningful things for passengers to do when they have layovers and when they get to the airport early," says David Vogt, airport art program manager at Atlanta's Hartsfield-Jackson International Airport.

Often art exhibits in airports provide transit passengers a chance to get a feel for a city while never leaving the terminal. "This may be some passengers' only experience of Atlanta," Vogt says. "[The art] helps to tell the story of who we are."

Philadelphia International Airport's art program has taken this to heart and has coordinated a group of artists to bring a taste of the city into the airport itself. Established in 1998, Philadelphia Airport has the same goal as similar projects throughout the world—to humanize the airport experience.

Currently on exhibit is Sarah Zwerling's installation "Hamilton Street, Philadelphia," which recreates, inside the terminal, the Philadelphian street where the artist lives.

How she has achieved this is by using digital photography. Zwerling captured the facades of homes that line her street, placing them alongside images of trees on either side of the glass concourse to create the feeling of walking down her block. 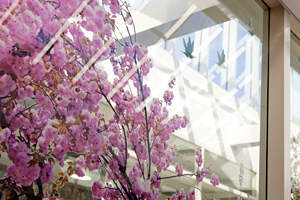 On the others side of the Atlantic, Amsterdam's Schiphol Airport features the work of Dutch masters such as Jan Steen and Jacob van Ruisdael, which form a satellite of the city's famous Rijksmuseum.

Schiphol is the first airport in the world to bring a world-class museum inside its terminals and beyond passport control. Rijksmuseum Schiphol opened in 2002 and has enabled travellers to experience a major tourist highlight of Amsterdam—without ever leaving the airport. 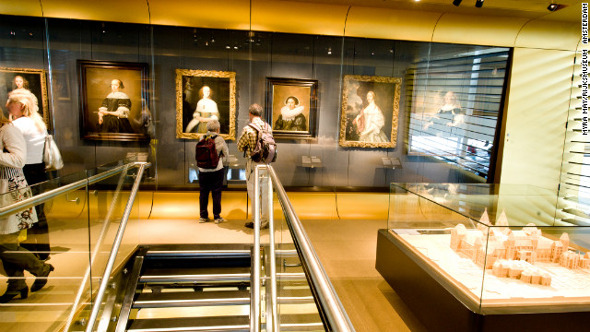 So next time you are waiting out your transit time in an airport lounge somewhere, there is sure to be some public art – go and visit and take in the show – because travel is often about the journey and not just the destination.

Quotes have been taken from Smithsonianmagonline.com "Stuck at an Airport? Why not take in an Art Exhibit."