They talk about the American Dream and the Great American Novel, but nobody ever mentions the Great American Meal. You know why? Because the United States of America has so many distinctive food cultures, it is impossible to choose just one.

Almost every city has its own claim to food fame. New Orleans’ creole and Cajun flavours reflect Louisiana’s diverse heritage, drawing on French, Spanish, West African, Amerindian, Caribbean and German influences, among others.

The farmers’ markets and strong paddock-to-plate traditions of San Francisco and surrounds reflect the area’s historic role as a counter-culture hub (no wonder food revolutionaries such as Alice Waters chose this part of California as their base!). 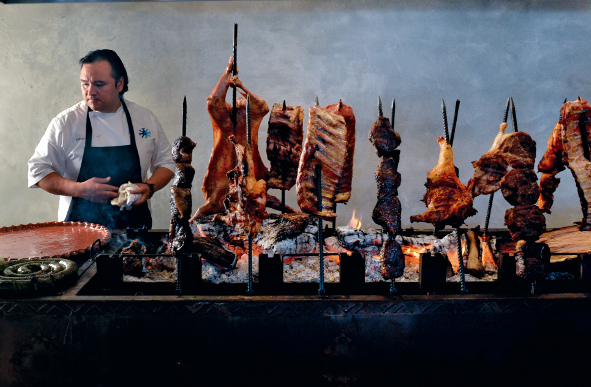 It’s not just the big cities that are creating their own culinary micro-systems. In San Antonio, Texas’ most southerly metropolis, Latin flavours take an unexpected turn, as local restaurants showcase the styles and flavours of Mexico’s diverse regions.

In the low-profile Massachusetts city of Somerville, a burst of cultural energy is seeing a new breed of restaurateurs drawing an influx of diners from nearby Boston.

Many of these new food hubs owe their evolution to the energies of one determined chef. Harnessing local produce and drawing on their own backgrounds and experience, these culinary trailblazers are making their mark, and proving the edible patchwork that is America just keeps getting tastier. 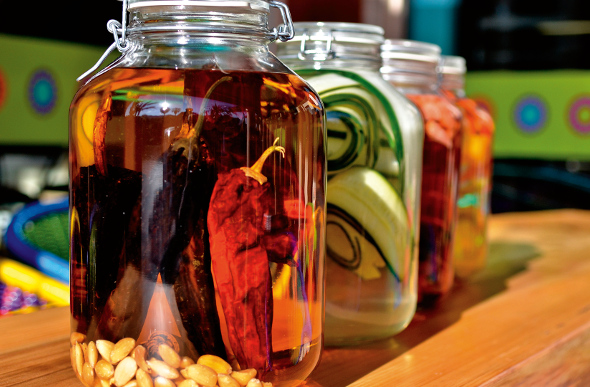 From the vineyards of Napa to the streets of San Francisco, California is home to plenty of culinary hotspots. The latest dining destination to draw flocks of foodies, however, is a somewhat unlikely gourmet mecca: Downtown LA.

Just a few years ago, many of the grand old buildings of Downtown LA were rundown and abandoned. Today, the district is undergoing a Brooklyn-style revival, one that is largely food-driven.

The area’s culinary godfather is Josef Centeno, who has opened four outlets all clustered around the intersection of Fourth and South Main streets. 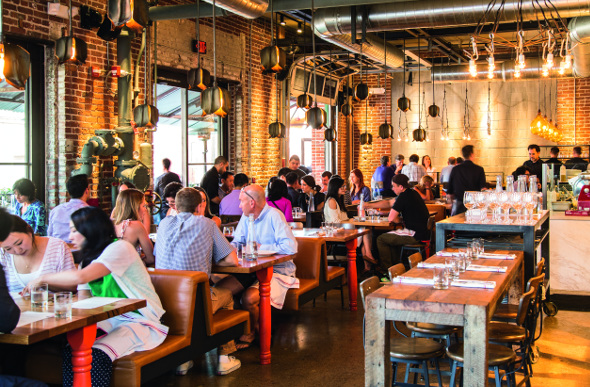 Dining in Downtown LA is all about choice and quality

Is Ford Fry the busiest chef in the US? Since he opened his first restaurant eight years ago, Fry’s empire has expanded to nine different eateries, in the process helping turn Atlanta into one of the country’s hottest dining destinations.

Fry’s approach is deliberately diverse. From the southern farm-style cooking at JCT Kitchen & Bar (think hickory roasted heritage pork chop, fried chicken and shrimp & grits), he has gone on to open a steakhouse, an oyster bar and outlets focusing on Mexican and Mediterranean favourites.

“I lean toward cooking food that I like to eat,” says Fry. “I’m a big fan of fewer components with more balance. As I get older, experimental food doesn’t excite me as much as food that makes me want to come back and eat it again and again.”

Fry’s cooking keeps reeling ’em in: his ‘fish camp’, The Optimist, was named one of America’s best new restaurants by Bon Appétit magazine, winning acclaim for flavour-packed dishes such as Georgia shrimp in a buttery chilli-lime sauce. 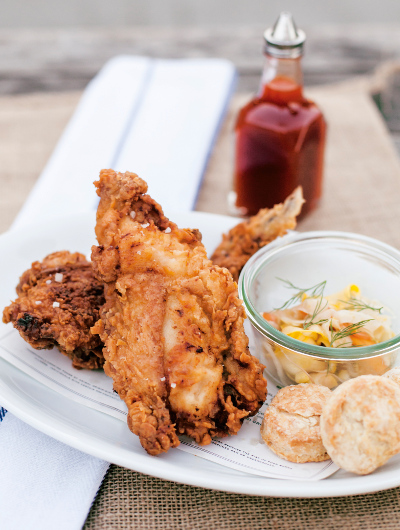 Fried food is a staple of the South

The city of San Antonio is known for three things: the Alamo, its oasis-like River Walk and its Mexican food.

Closer to the Mexican border than Texas’ other big cities, San Antonio is infused with Latin flavours and customs, from the colourful murals of the West Side to the craft market and, of course, plenty of Mexican diners.

The king of Latin flavours is Johnny Hernandez, whose acclaimed restaurants showcase the diverse flavours of regional Mexico.

“Latin flavours are everywhere in this country, but the many layers of Mexico’s amazing cuisine have never been celebrated,” says Hernandez. “There are so many different, unique regions, each with their own tastes, and that is what I am looking to showcase in my restaurants.”

El Machito specialises in mesquite-grilled meats, while The Fruteria–Botanero serves up light snacks throughout the day and Mexican share plates at night. Hernandez’s flagship restaurant is La Gloria, where the menu celebrates street food, from ceviches to tlayudas (Mexican-style pizza). 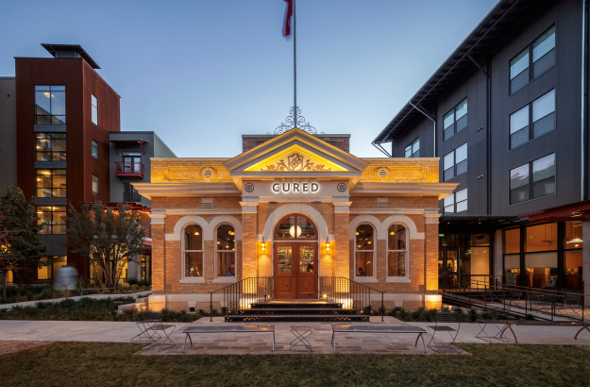 Cured is one of the hot restaurants in San Antonio

How does a city of 78,000 people become a must-visit dining destination? It doesn’t hurt that Somerville – a hipster haven with cool cafes and quirky street festivals – sits just outside Boston.

Everything on the menu delivers a burst of flavour. Instead of lamb or beef, Piuma makes her kibbeh with crab and red lentils, teaming it with coconut, green papaya and zhoug.

Falafel are made with salmon and given a jolt with jalapeno labne, tahini mustard and pickled peaches. Desserts are limited to two options (frozen yoghurt and ricotta doughnuts), but toppings range from halva caramel to fig cheesecake. 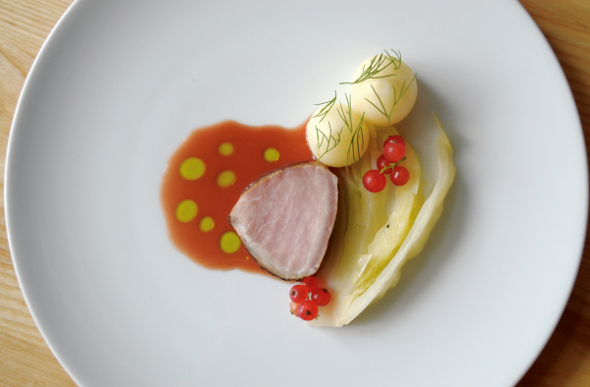 Sometimes quality is better than quantity

There’s no such thing as a typical day for Ute Junker: it might begin with a snorkel through Tahiti’s translucent waters, or finish with a samba session in one of Rio’s best clubs. From hiking the Norwegian fjords to dining in Lima’s best restaurants, she travels the world in search of inspiring, informative stories.
more articles from this author