I grimace a little as I set my alarm for our early start tomorrow. I’m so not a morning person - especially on holiday. But then, this will be no ordinary morning. Tomorrow we get to experience the age-old splendour of one of the world’s largest and most extraordinary religious sites – the heart and soul of Cambodia – Angkor.

So, an early start it is.

Angkor is actually a series of temple complexes and our visit begins at the temple of Ta Prohm. Nowhere is it clearer how the Angkor site was literally swallowed up and hidden by the jungle for so many centuries. Giant tree roots encircle whole sections of the temple.

This is one of the best-known parts of Angkor, thanks largely to the movie Tomb Raider and Angelina Jolie – and it actually does look a lot like a movie set!

While debate rages over whether Angkor was actually ever ‘lost’, it certainly only came to the attention of the western world around the mid 19th century. Today a million visitors each year make their way to the sprawling site from nearby Siem Reap. 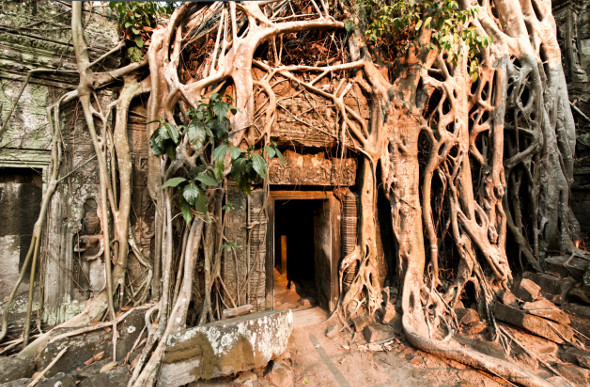 We had Ta Prohm virtually to ourselves

Angkor was added to the UNESCO World Heritage List in 1992 and is now thought to have originally covered around 1,000 square kilometres. It was constructed by Khmer King Suryavarman ll in the 12th century as a Hindu place of worship, but later became a Buddhist centre.

Sunrise is one of the most popular times to visit Angkor and most early risers head straight for the main temple complex of Angkor Wat.

There are only a handful of people at Ta Prohm when we arrive and I’m so glad we’ve started our day here. We almost have the site to ourselves!

There’s a quiet, gentle stillness in the air as I come across a lone Buddhist monk crouched in one of the temple alcoves praying silently. I stand watching for a moment or two, completely spellbound by the experience.

Later we make our way to majestic Angkor Wat, with its central tower topped with the five distinctive conical spires. It’s breathtaking. The climb to the top of the central tower is very steep, but well worth it for the spectacular views across the site.

There are lots of stairs, so a good pair of walking shoes, plenty of water, sunscreen and a hat are essential items of kit for any visit. 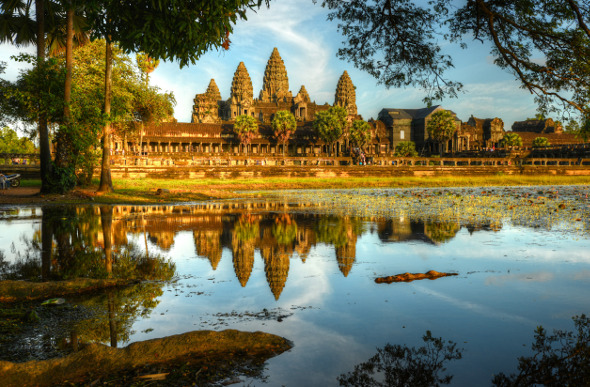 Exploring the temples of Angkor. Product Expert Liz Explores The Temples Of Angkor

Prefer to ride? Pedal Your Way Around Southeast Asia

Fast forward a week or so, and I rise early a second time on this trip. But this time there’s no alarm to wake me, just the gentle rocking of our traditional junk boat floating on the tranquil waters of Halong Bay in north-eastern Vietnam.

I make my way up on deck. Wow. 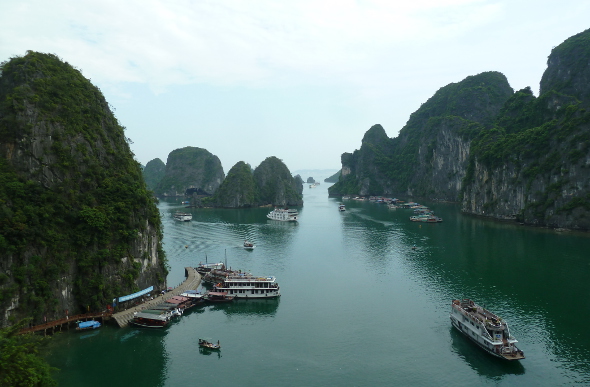 No visit to Vietnam would be complete without a visit to Halong Bay. There are some 3,000 limestone islands and rock formations that rise majestically from the waters.

This morning we’re surrounded by towering escarpments. The water is a deep bluey green and the rocky outcrops and soaring peaks are tinged with pink in the watery early morning sunshine. It’s truly stunning.

The only sound on deck is the distant chatting of the crew in the galley as the preparation of breakfast gets underway.

Curiously, until not so long ago these boats were traditional brown Chinese junks with those distinctive batwing sails.

For some reason someone decided they needed a makeover and the junks have all been painted white. Consequently they now look a little like Mississippi River boats with Chinese sails. Charming nonetheless. 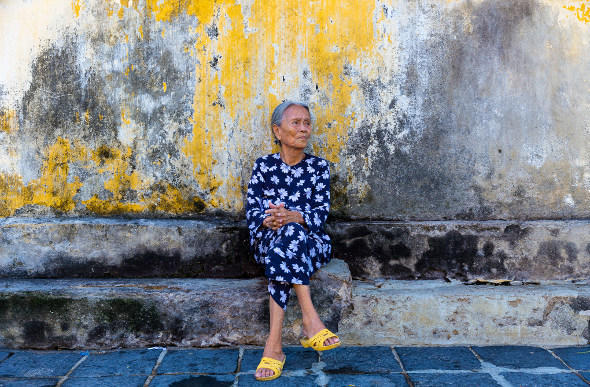 There's something eternal about Northern Vietnam

There are lots of highlights of our cruise on the bay, including visits to a floating fishing village and the Thien Cung Cave complex. But for me this magical morning moment is incredibly special. I spend maybe 15 minutes enjoying the quiet stillness before the rest of the boat starts to stir.

Sometimes early starts are worth it, even on holiday.

Visit your local Flight Centre store or call 131 600 for more advice and the latest deals on travelling to Cambodia and Vietnam.

Adam Ford is a Melbourne-based travel TV presenter, writer, blogger and photographer, and has travelled extensively through Europe, Asia, North America, the Middle East, Southern Africa and the Pacific. Adam worked as a travel consultant with Flight Centre for a number of years before taking up the opportunity to travel the world himself as host of the TV series Tour the World on Network Ten. He now edits The Big Bus tour and travel guide and appears regularly as a travel commentator on Sky News Business Class.
more articles from this author