Coming from a country as youthful, in historic terms, as Australia, it is remarkably difficult to fathom just how ancient some of the world’s oldest cities are.

Only 250 years ago, the skyscraper-strewn metropolises of Sydney, Melbourne, Brisbane and Perth were sparsely-populated tracts of bushland.

Consider then that the Greek capital Athens has been continuously inhabited for more than 5,000 years, with evidence of habitation stretching back in excess of 1,000 years prior to that. By those measures it is the second-oldest city in Europe, behind only its fellow Greek settlement of Argos.

Athens is the cradle of democracy and the birthplace of the Olympics. And because it was never razed by invaders throughout its history, many of its finest historical edifices remain standing. Quite incredibly, Greece has no less than 17 UNESCO World Heritage-listed structures. 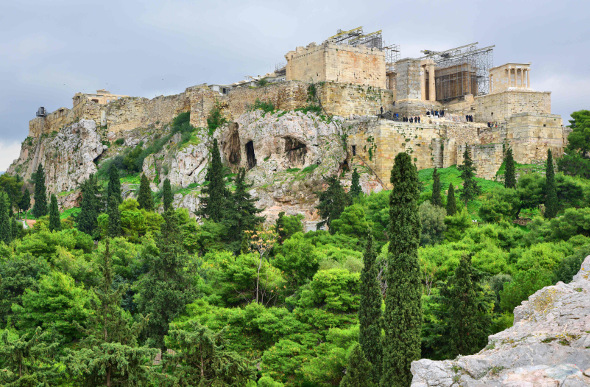 The most famous among these is the Acropolis. Looming high above Athens on a rocky hilltop, this cluster of magnificent ruins is Greece’s number one tourist attraction and one of the most recognisable structures on the planet. Before I even landed in the Greek capital I already had pored over hundreds of photos of the Acropolis, admiring it in the digital form and impatient to see it up close.

As I stood in its shadow, in the charming neighbourhood of Plaka, I had to fight my urge to immediately surge up the hill to the Acropolis. Many travel guides recommend that tourists first visit the Acropolis Museum, at the Eastern foot of the hill, to gain a better understanding of the immense historical significance of the citadel. 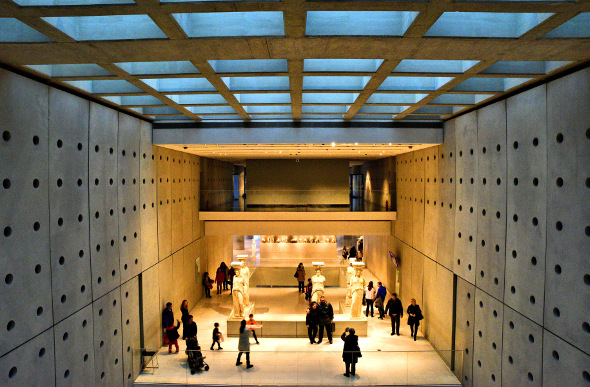 The Acropolis Museum is itself a stunning piece of architecture (Image: Ronan O'Connell)

So that’s what I did. A cutting edge, shimmering glass-and-steel construction opened only seven years ago, the museum cuts a contrasting figure against the backdrop of the ancient Acropolis. With an area of almost 14,000 square metres, and more than 4,000 items on display, it is an enormous facility that provides deep insight into the history of the citadel and of Athens itself.

The story it tells is truly epic. Described by UNESCO as “the most striking and complete ancient Greek monumental complex still existing in our times”, the Acropolis sits on a rocky outcrop about 150 metres above the surrounding neighbourhoods.

Experience The Best Of Athens

Beginning Of The Western World

Archaeological findings suggest human inhabitation of this hilltop stretching back to the 4th millennium BC. But the grand structures which we now consider to comprise the Acropolis did not start to appear until the 5th century BC. In the centuries prior to this, the hilltop had already become a centre of religious worship, with many people visiting to pray to the city’s patron goddess Athena. 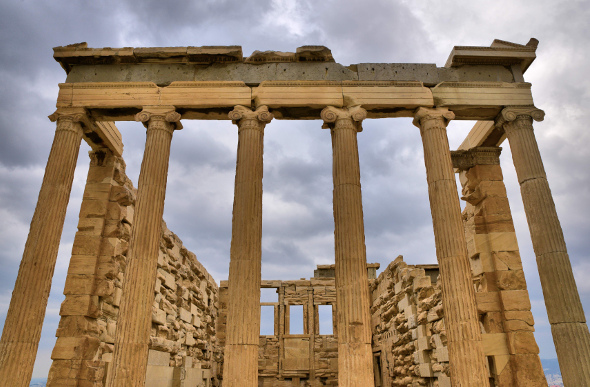 More than 2000 years old, the remains of the Acropolis are awe-inspiring (Image: Ronan O'Connell)

The Acropolis blossomed after the Athenians managed to defeat the Persians and established the concept of Democracy. Having become one of the most impressive cities in the world, Athens’ leaders sought to mark its cultural greatness on the hilltop, ordering the construction of a sequence of magnificent buildings.

A dream team of renowned builders and architects were tasked with transforming the hilltop. Among their majestic creations were the immense Athenian temples of The Parthenon and the Erechtheon, the enormous gateway The Propylaea, and the Theatre of Dionysus Eleuthereus.

As UNESCO notes: “On this hill were born Democracy, Philosophy, Theatre, Freedom of Expression and Speech, which provide to this day the intellectual and spiritual foundation for the contemporary world and its values”. The Acropolis is, in some ways, the ground zero of Western society as we know it. 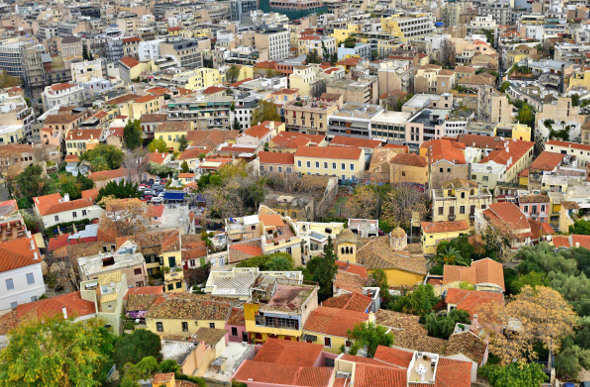 The view from the hilltop looking down onto the historic neighbourhood of Plaka (Image: Ronan O'Connell)

Transported To An Era Unknown

Yet you need not be a history or culture buff to cherish this timeworn citadel. The blanket of tourists that covers the hilltop every day of the year can attest to this. In peak tourist season, during the European summer, the crowds can be maddening, but they can be avoided to an extent by visiting early or late in the day (opening hours are 8am-8pm).

Yet, after I immersed myself in the site’s history at the museum, I found that I took next to no notice of fellow tourists as I explored the Acropolis on a cool December afternoon. So fascinated was I by the majestic architecture, enormity and significance of the place that my mind had little energy left to pay attention to the behavior of fellow humans.

Instead, while I stood amidst these incredible ruins, I imagined those people who had shared this space 2,500 years ago as they dreamed up what would become the pillars of modern civilisation. 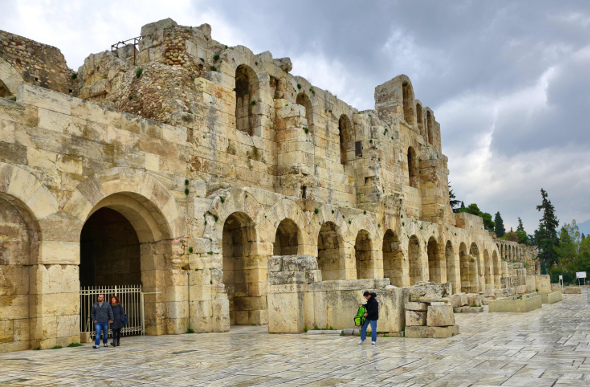 The Acropolis is not always crowded – visit early or late in the day, or in winter (Image: Ronan O'Connell)

Visit your local Flight Centre store or call 131 600 for more advice and the latest deals on travelling to Athens.